More questions than answers on the future of American apprenticeship 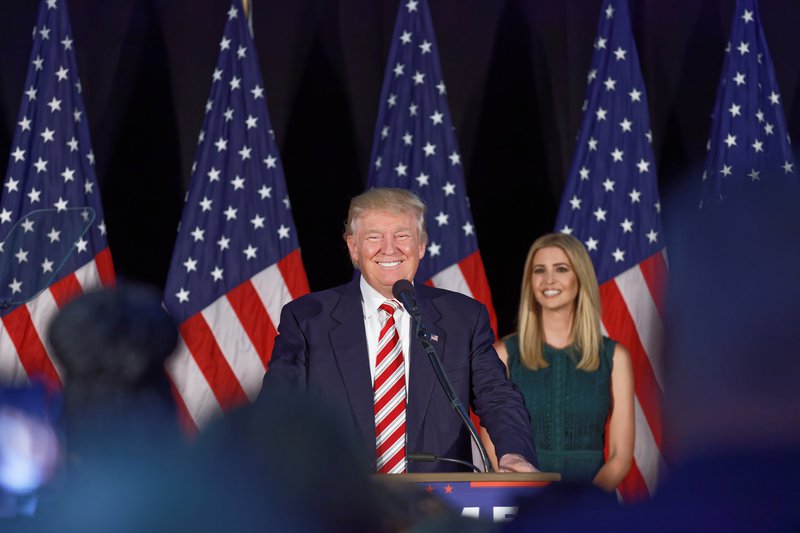 Today President Trump released his Executive Order on apprenticeship. The core feature of the administration’s action is to call for the establishment of a new class of “industry-recognized apprenticeships.” While there aren’t a lot of details, the proposal is certain to generate confusion and raise serious questions about the quality and consistency of apprenticeship programs. It also envisions a larger role for “third party” organizations in apprenticeship.

But is oversight the right role for such groups? Do we need a new category of apprenticeship? Here’s what we know so far:

If the question of registered versus un-registered apprenticeships weren’t enough, an administration seemingly intent on reducing duplication in government programs now wants to introduce a new category of “industry-recognized” apprenticeships. That’s bound to sow confusion in a field that is already deeply fragmented, and characterized more by a patchwork of programs than a true national system. The high degree of fragmentation is already a problem for employers who need to make high-stakes business decisions, and for prospective apprentices who need to make important choices about their lives. Standing up yet another apprenticeship system will only add to the confusion.

The one constant in the American apprenticeship landscape is the registration process. Administered by federal and state governments, all registered programs share core common elements including paid, on-the-job training with a mentor, progressive wage increases, and related classroom instruction. They also ensure apprentices have access to certain labor protections. That’s why all registered programs culminate in a portable, national credential that’s recognized across entire industries.

But today’s Executive Order offered a new definition for apprenticeship, and it’s unclear how “industry-recognized” apprenticeships will connect to today’s registered system. That’s notable because registration, much as it might be improved, is the only mechanism the government has to assure the basic quality of apprenticeship programs.

Registration is important for ensuring that employers and apprentices are each holding up their end of the bargain, and also for measuring how many apprentices are out there, and how effective their programs are. In the past few days, and in the president’s speech at the Order’s signing, the administration has taken to touting the average $60,000 yearly salary for apprentices. We only know that’s true for registered apprentices, and we wouldn’t know it at all if their apprenticeships weren’t registered.

The White House has picked up on a common refrain: that the registration process is too complicated and too rigid for employers to take on. While registration is probably more onerous than it should be in some states, others like South Carolina have figured out how to help employers through it with little effort.

More importantly, the hard part of setting up an apprenticeship isn’t filling out government paperwork, but designing and implementing a program that works.

As we’ve pointed out before, setting up an apprenticeship can be challenging. It requires employers to make significant cultural and operational changes in how they source, develop, and manage their talent. Today, Politico quoted one White House Official who said, "The Department of Labor to date has been very prescriptive and very restrictive on the apprenticeship programs, but the Department of Labor is not an expert as to various individual sectors and what the qualifications are." Again, this seems to misunderstand the role government plays through the registration process.

There are baseline requirements for an apprenticeship program—apprenticed occupations must involve progressive expertise gained primarily on-the-job—but they say nothing about specific skills. Employers identify those. Can this process be made more flexible to accommodate innovation in how people learn? Certainly, but it has always been the employer in the driver’s seat determining the target skills and selecting an education or training partner of choice, whether that’s a community college or a for-profit bootcamp.

That’s not to say employers don’t have to make compromises to start a registered program, which are designed to ensure that employers invest in employees’ skills, reward them for acquiring new ones, and leave them with a nationally valid credential so their skills - and fate - are not tied to any single employer.  It’s not clear yet if “industry-recognized” apprenticeships will demand a similar compromise.

New Players, But in the Right Positions?

The Executive Order envisions third parties playing a larger role in apprenticeships. These would include industry associations like the National Association of Manufacturers, CompTIA, or the National Retail Federation, but the Order leaves space for other new players as well.

On the whole, that’s a good thing. Such associations have the relationships, credibility, and industry intelligence needed to build and scale high-quality programs. By comparison with our international peers, American apprenticeship is too firm-specific, with programs tied to single employers rather than being owned by an industry as a whole. Multi-employer apprenticeships mean more mobility for apprentices, and better-distributed risk for employers worried about poaching.

Naturally, the idea of these organizations holding their dues-paying members to account for their programs raises some potential conflicts of interest. Even in Germany and Switzerland, where industry plays an outsized leadership role in the apprenticeship system, program standards are negotiated with the government, which also codifies and enforces those standards. Yet what the Trump administration seems to be proposing sounds a lot like a self-policing system, which could put the interests of the apprentice at risk if “industry-recognized” programs don’t have to adhere to the same core standards as registered ones.

The administration’s idea of “industry-recognized” apprenticeships is both interesting and perplexing.

First, by building this new system, the administration seems to avoid making any substantive changes to the current one. That’s a missed opportunity more than anything: it’s time for a national dialogue on how to better mainstream apprenticeship into state and federal education policy, modernize registration, and identify innovative and sustainable financing strategies. Some of the Task Forces proposed in the Executive Order may help get there.

Second, not only does the administration want to preserve the current system, it seems intent on finding an “expedited and streamlined” path to registration for this new class of “industry-recognized” programs. Why? Is it because registration with DOL is typically required for a program to qualify for federal and state subsidies, such as federal workforce or GI Bill funds, employer tax credits, and tuition assistance?

Lastly, outside of these third parties being involved in the formal “recognition” of apprenticeship programs, nothing stops them today from organizing employers and starting apprenticeships that meet the group’s needs. The Obama administration invested in these “industry groups, companies, non-profit organizations, unions, and joint labor-management organizations” that were identified in Trump’s Executive Order. Unless these organizations stand to be rewarded in a new way for this new role, it’s hard to see why this new direction makes a big difference for them.

Following our Apprenticeship Forward conference on May 4-5th, this is the eighth installment of our blog series exploring big issues in the world of American apprenticeship. We hope you'll join the discussion @NewAmericaEd.