There are good reasons for the apprenticeship buzz. Americans should capitalize on it. 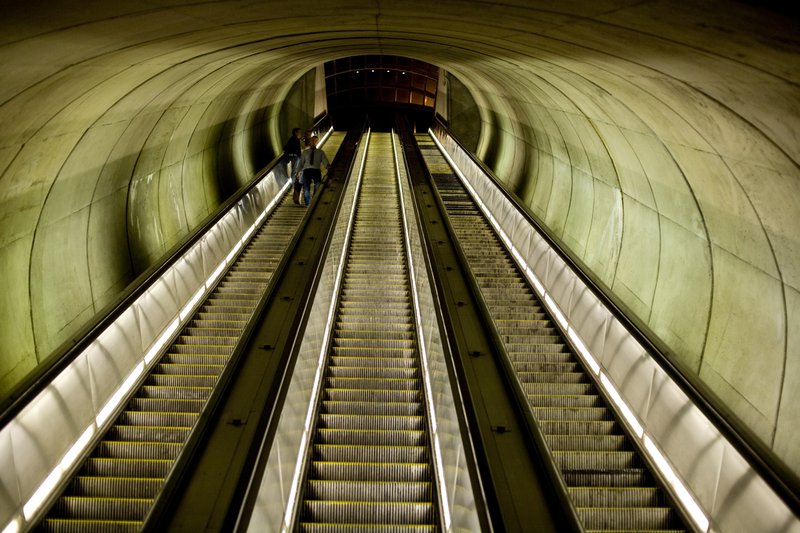 When does a hot policy idea turn into a genuine lever for innovation? A lot of people are asking that question these days about apprenticeship. Is it just the latest “flavor of the month” among policy wonks, or are we on the cusp of a significant change in how Americans gain access to education and jobs?

Over the last five years, our national apprenticeship system has drawn steady and growing attention from policymakers across the country and at all levels of government. In 2013, President Obama vowed to double the number of apprentices in 5 years, with the goal of reaching 750,000 by 2019. The Administration invested over $250 million in grants to states and local areas to help reach that goal.

Earlier this spring, Salesforce CEO Marc Benioff upped the ante, calling for the creation of 5 million apprenticeships in the next 5 years. President Trump was on hand, and endorsed the goal; when Ivanka Trump visited Germany last week, learning about the country’s famed apprenticeship system was high on her itinerary as well. And this week, we learned that Congress is ready to appropriate an additional $95 million to support the continued expansion of apprenticeship in states and local communities.

Today, the momentum continues as hundreds of people from around the country gather in Washington, DC for Apprenticeship Forward, a two-day conference organized by New America and National Skills Coalition that aims to chart a course forward for our national apprenticeship system. We are bringing together a diverse group of stakeholders from across the apprenticeship field, including Republicans and Democrats, businesses and trade unions, policymakers from right-to-work states and union strongholds, and researchers and advocates from the left, right, and center. You can count on one hand the issues with this kind of genuine bipartisan interest in Washington today.

As longtime advocates of apprenticeship, we couldn’t be more pleased that the conference is coinciding with a rising tide of public interest. But that doesn’t stop us from asking: why this new prominence for apprenticeship? And why now?

We believe it is because this centuries-old education and training model can help resolve some of the most vexing challenges emerging from our modern, globalized, and technology-driven economy. Apprenticeship offers an affordable and efficient way for Americans to get into good jobs and for businesses to build talent. It is a way that young people and job seekers can get around the high cost of postsecondary education - and the debt that too often comes with it - earning money while they gain valuable skills, work experience, and credentials. It is also a way that employers can avoid all the uncertainties and costs that come with hiring folks based only on their resume and a few interviews. And while apprenticeship can have high startup costs for employers, a growing body of research shows the approach generally pays off handsomely in the long run.

Apprenticeship addresses concerns on both sides of the aisle. For Democrats, it’s a strategy for improving access to good jobs for those who are not well served by – or cannot afford – traditional higher education. For Republicans, it is a work-first approach to education and training that puts employers firmly in the driver’s seat, enlisting businesses not just to create jobs but also to cultivate their workforces and critically examine their industries.

We think it’s fair to say that today’s enthusiasm for apprenticeship is about more than just its efficiency and cost-savings, though: It seems driven equally as much by a deep desire for a different relationship between education and work, and a new balance between becoming the person you want to be and making the money you need to live. When speaking to recent college graduates trying to find their way in the labor market, or to parents nervous about their son or daughter’s next steps, apprenticeship invariably resonates as an alternative to the “you’re on your own” world we live in today, which so often ends with young adults back at their parents’ house, with limited prospects for a home, family, or big plans of their own. As we reckon with the consequences of decades of economic and technological change, evident in hundreds of our communities, Americans are eager for new approaches that will give them and their children a more solid footing in this era of constant change.

Apprenticeship is one such approach. A contract between employers and workers that goes beyond the simple exchange of labor for wages, apprenticeship is a committed relationship that is cooperative, transparent, and long-term. It is a reciprocal agreement: between the employer who provides instruction and mentorship and the employee who, in exchange, applies his or her hard work and new skills toward the needs of the business. Apprenticeship provides a welcome antidote to the precariousness of employment in these days of gig work and just-in-time scheduling, when employers can seem more interested in keeping their employees at arm’s length than in mutual support and investment.

As we look around the world today and see so many countries struggling with a frayed social fabric, it’s hard not to be impressed by the ones with strong apprenticeship systems. Both Germany and Switzerland weathered the Great Recession better than their neighbors, with relatively low unemployment, particularly for young people who were so hard hit around the globe. Income inequality is growing more slowly in both countries and, in striking contrast to the United States, Germany has managed to hold on to a large share of its manufacturing jobs even in the face of automation and economic integration. The country’s strong apprenticeship system certainly isn’t the only reason for these positive trends, but it is an important one.

Skeptics of apprenticeship are quick to point out that the United States isn’t Germany, where the tradition of apprenticeship has even deeper historical roots and is embedded in the country’s culture, national identity, and social contract. But strong traditions have to start sometime and somewhere, and the strongest are born during periods of prolonged disruption.

Ten years out from the Great Recession’s onset, there is still little sense that things have gotten back to normal here in the United States, at least as we once imagined “normal”. Increasingly, Americans accept that our future may look considerably different from our recent past. We know that knowledge, education, and skills will be critical to our success, but we have grave doubts about the efficacy of our traditional school systems and a growing ambivalence about the value of higher education as its costs continue to soar. It’s in the midst of all this uncertainty that apprenticeship has captured our collective imagination, as an alternative to a future of tenuous economic relationships and pervasive financial insecurity.

Seizing this moment to build a new American apprenticeship that expands into many more parts of our economy and extends opportunity to millions more students and workers will require leadership and a sustained commitment – from government, employers, educators, unions, students, and parents, just to name a few - but it is far from impossible. The strong and growing interest in apprenticeship in a time of such profound polarization and gridlock is certainly surprising. It is also evidence that Americans may be ready to create some new traditions.

This is the sixth installment of our blog series exploring big issues in the world of American apprenticeship, and kicking off our Apprenticeship Forward Conference today in Washington, DC. We hope you'll join the discussion @NewAmericaEd.