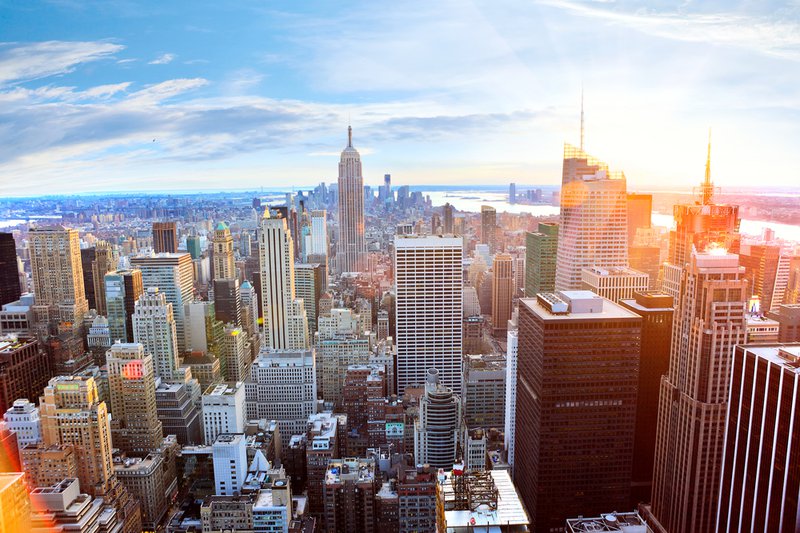 Late last month, Schools Chancellor Carmen Fariña announced that New York City will add 68 bilingual programs next year. With at least one new program in each borough, the move will expand K-12 instruction in Chinese, Russian, Arabic, French, Bengali, Spanish and, for the first time, Urdu.

By many accounts, New York City is marching ahead with the drumbeat of dual language advocates: English learners’ bilingualism is an asset, not a deficit. Research suggests that educating English learners bilingually can offer unique cognitive, socioemotional, and cultural benefits while closing academic achievement gaps in English.

Fariña, a child of Spanish immigrants and vocal champion for bilingual learning, is at the helm of the city’s dual language expansion. But she’s not a solo agent, and the push — while a timely symbol of support for immigrant students — has been building for years. It is the result of several, fraught, back-and-forth negotiations from policymakers at the federal, state, and local levels, striving to improve outcomes for English learners.

Overall, the city’s expanded dual language investment surfaces a key theme in education policy: accountability is a crucial trigger for meaningful change. Goodwill and enlightenment of local actors can prompt significant reforms, but it is rarely the primary driver of equity for historically underserved populations — even in a progressive, ethnically-diverse enclave like New York City. The lesson is a vital one to remember in light of the Senate’s decision last week to scrap federal accountability rules for the already decentralized expectations of the Every Student Succeeds Act.

New York City’s recent dual language expansion was shaped directly by legal guardrails and pressure from watchdogs at various perches. As I detail in a recent policy paper, New York State is one of only a handful of other states with a longstanding, statewide bilingual mandate (since 1981). The mandate requires schools with twenty or more students in the same grade level with the same home language to offer a transitional bilingual education program. This built upon the city-level mandate to provide bilingual education for English learners  under the 1974 Aspira Decree, secured by Puerto Rican advocacy efforts.

Critically, the state regulations that New York passed in this era institutionalized the state’s view of multilingualism as an asset. In 1972, the Board of Regents wrote, “A person living in a society whose language and culture differ from his own must be equipped to participate meaningfully in the mainstream of that society. It should not be necessary for him to sacrifice his rich native language and culture to achieve such participation.”

Fast-forward almost 50 years to today, 2017. English learner advocates and researchers are still having to plead this point publicly. Just this month, one of the key highlights from a new consensus report from the National Academies of Sciences, Engineering, and Medicine was that English learners’ bilingualism is “a natural human attribute” to be nurtured, not neglected.

If these arguments have been offered for decades, why is there suddenly such bold, tangible action for dual language in New York City?

That chapter of the story arguably traces back to the early 2000s. In 2002, No Child Left Behind (NCLB), the predecessor to ESSA, placed increased emphasis on English-only outcomes nationally. Under the law, English learners faced newly-mandated, academic reading and math assessments, starting in the third grade, as well as assessments of their English language proficiency and progress in K–12.

As my colleague Amaya Garcia has noted, English learner and bilingual advocates have a complicated relationship with NCLB: “On one hand, it made it harder for schools to ignore the performance of their English learner students,” she wrote last year. “On the other, its focus on rapid English acquisition and English learner performance on math and reading assessments drove many schools and districts towards English-only instructional approaches.”

Yet, ultimately, it was the NCLB oversight that helped reinvigorate the charge for dual language in New York City. In 2011, after years of insufficient data reporting and technical assistance to districts, the U.S. Department of Education required New York to submit evidence of corrective actions to help English learners succeed on NCLB’s data metrics. Because of this federal pressure, the state was particularly attentive to New York City’s noncompliance with both federal and state policies. In particular, a number of schools had closed transitional bilingual programs since NCLB’s passage and shifted to English-only environments, a decision made at the discretion of principals.

In the context of these concerns, state leaders ordered the city to make corrections under Mayor Michael Bloomberg in October 2011. Officials agreed to open 125 bilingual programs in the next three years. Shortly thereafter, state bureaucrats initiated a multi-year stakeholder engagement process to identify key policy levers to boost outcomes for English learners. State officials consulted with leaders from the U.S. Department of Justice, the U.S. Office of Civil Rights, and the U.S. Department of Education’s Title I and Title III offices. They wanted to shield the state from future accountability criticism, leaders told me.

The culmination of these efforts was the state release of its Blueprint for ELL Success and completely revamped state rules on English learners in 2014. Among other things, the new rules aggressively promote the value of bilingualism. Later that year, City Chancellor Fariña and then-State Education Commissioner (later U.S. Secretary of Education) John King Jr. signed a “memorandum of understanding” to further increase the number of dual language offerings. The city pledged to enroll all English learners in a bilingual program by fall 2018.

That’s an ambitious goal with an ambitious timeline. But leaders are serious about making headway. Altogether, the city has opened 90 new bilingual programs in the past three years. This school year, twenty-nine two-way dual immersion programs and nine new transitional bilingual programs were added. Though the state’s regulation had its origins in the transitional bilingual model, the City’s new efforts are increasingly aimed at the two-way dual immersion model, which has the benefit of integrating English learners with monolingual, native English speakers.

Of course, the city’s dual language, asset-based strategy does not guarantee better results for at-risk English learners. Indeed, quality control and thoughtful implementation will be imperative in the years ahead. Moreover, beyond accountability, several other factors were key in energizing the city’s dual language approach. Bullish, linguistically diverse leadership, local bilingual advocates, and parents — including monolingual, English-speaking parents excited by dual language offerings — have together shifted the status quo.

And yet, it was top-down, outcomes-driven accountability — the feds pressuring the state, and then the state pressuring the city — that molded conditions for change and set reforms in motion. Accountability structures channeled, prioritized, and gave weight to stakeholders’ conversations in an important way. And as a result, local leaders like Fariña are charting a different course for vulnerable learners, investing in solutions that may have otherwise struggled to take flight.