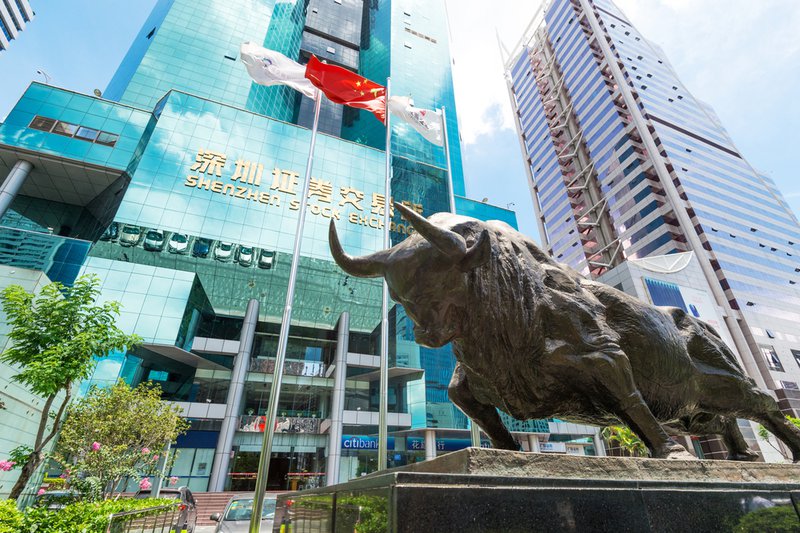 In one of its first major document releases since the Cyberspace Administration of China’s (CAC) parent body was elevated to a Commission, CAC and the China Securities Regulatory Commission (CSRC)—in a rare joint release—last week published “Guiding Opinions on Promoting Capital Markets to Serve [the Strategy of] Building China into a Cyber Superpower.” The document, translated in full by DigiChina here, lays new groundwork for funding China’s information and communications technology (ICT) companies and ties it directly to the Xi Jinping-linked strategy of building China into a cyber superpower (网络强国) on par with the United States.

Chinese technology startups have long faced challenges in tapping capital markets. The new document reflects a sense of urgency to make China’s capital markets more accessible and functional for rising stars—instead of watching them list on foreign exchanges. This is being driven by a number of official priorities:

This announcement follows other initiatives designed to bolster China’s tech sector, including the late March announcement of trials for so-called Chinese depositary receipts (CDRs), which represent a clear attempt to attract tech giants that have listed abroad—for instance Baidu, Alibaba, Tencent, and JD.com (BATJ)—back to China while eyeing the many tech companies waiting in the wings to go public.

U.S. pushback on Chinese industrial policies and technology transfer practices, meanwhile, is focused directly on the ICT and high-tech sectors, and major restrictions on U.S.–China investment flows are likely on the horizon. Challenges for Chinese firms and investors are likely to include: more deals blocked by the Committee on Foreign Investment in the United States (CFIUS), potential reforms to CFIUS that will include export restrictions connected with the proposed Foreign Investment Risk Review Modernization Act (FIRRMA), and sweeping measures on investment reciprocity.

The Guiding Opinions make clear that every effort will be made to clear away barriers to capital for Chinese ICT firms and make them more sophisticated users of capital markets. The CSRC is likely to prioritize approvals to pursue IPOs in China for firms among the growing ranks of Chinese “unicorns” (startups valued at more than USD $1 billion).

Easier capital access for ‘unicorns,’ but watch for political distortions

An immediate implication of this announcement is that Chinese unicorns will likely have an easier time listing on Chinese exchanges. Currently, the IPO process in China is drawn out and exhaustive, taking between two and three years, with no guarantee of success. Some tech companies, like Chinese cybersecurity giant Qihoo 360, have chosen to expedite this process through “backdoor” listings—though this workaround requires significant upfront capital and a strong, often politically motivated, desire to list at home. The CAC and CSRC can easily cut the paperwork and time required to list for unicorns that officials deem strategically important.

Creating a sustainable, open investment ecosystem for Chinese high-tech companies, however, will be easier said than done. High-tech sectors that fit within buzzword government initiatives like Internet Plus, civil-military fusion, or the New Generation Artificial Intelligence Development Plan (AIDP; see DigiChina’s translation and update) show signs of a speculative bubble, with a surplus of capital and skyrocketing valuations. As recently as 2016, the CSRC has clamped down on secondary listing in high-tech sectors to head off a bubble. Unless officials proceed carefully, judiciously listing unicorns that meet government bottom-lines, the Guiding Opinions risk further fueling speculative behavior and skewing capital allocation.

A second implication is that government objectives and market activity will likely become more closely interlinked. Somewhat paradoxically, the announcement promises both to increase market-driven development of China’s high-tech sectors and to bolster the Chinese government’s ability to guide that development. In order to gain preferential access to domestic capital markets, China’s high-tech unicorns will have added incentives to present themselves as “national champions,” or at least as serving China’s national interests.

While many Chinese companies have long sought to align with government sectoral policy priorities (leading to the term “policy businesses”) in order to access support in the form of capital, licensing, tax incentives, etc., tech giants like BATJ have traditionally kept the Chinese government at arm’s length, instead preferring to craft their corporate images to appeal to multiple parties, including international investors. China’s up-and-coming unicorns will find more reason to, at least rhetorically, march in lockstep with China’s strategy of building a cyber superpower.

Coupled with other proposed measures, such as government ownership stakes in high-tech companies and the increasingly active role of Party committees in some firms, it will become increasingly difficult to classify Chinese ICT players as they seek global markets. Are they primarily private sector companies or arms of China’s national strategic vision for cyberspace—or both?

See a full translation of the text here.