Local Perspectives from Workers on Automation and the Future of Work 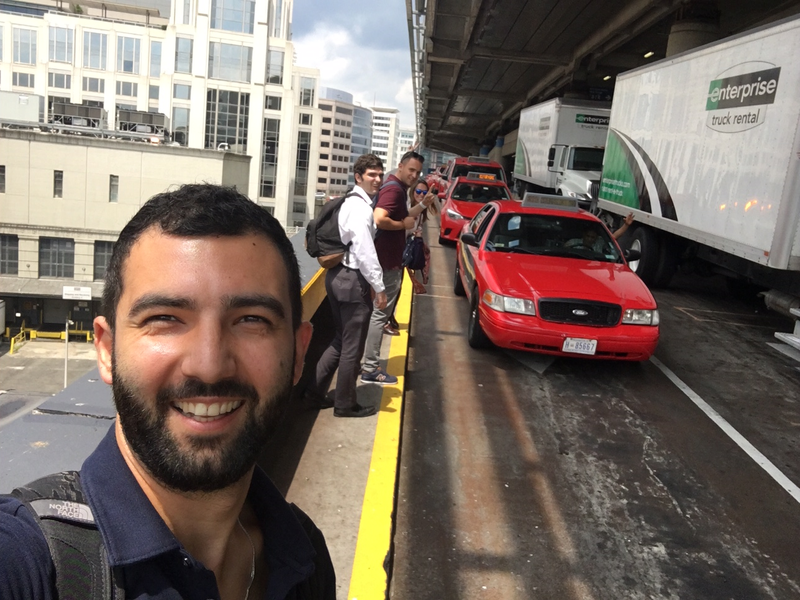 At New America, we believe that workers should be at the heart of any effort to address technological change and the future of work. Yet, more often than not, worker voice is absent. Few policy or programmatic efforts put worker views, needs, and challenges front and center. As Darren Walker, President of the Ford Foundation, recently wrote, “Too often, discussions about the future of work center on technology rather than on the people who will be affected by it.”

Through our Work, Workers and Technology program, New America seeks to change this paradigm with our human-centered approach to connecting vulnerable workers to opportunity.

This summer, our Work, Workers and Technology team hosted a terrific group of four Baker Future Fellows from Georgetown University’s McCourt School of Public Policy. The fellows - Vadim Abanin, Natalia González-Alarcón, Matt Schwartz and Itay Weiss - were generously supported by the Baker Center for Leadership & Governance at Georgetown. As part of the students’ summer with New America, we incorporated human-centered design training and experiential fieldwork around the intersection of technology and work. We wanted to give them the opportunity to engage directly with workers in our region whose jobs will likely be impacted by technological change. What and how do these workers think about their work in the future? What does technological change mean in their lives? What are their professional aspirations and their concerns about the future, and what are the implications for the evolving policy discussions about the future of work?

The following blog post was written by Vadim, Natalia, Matt and Itay to share their insights. We are grateful to the fellows for their enthusiasm in taking a human-centered approach and to the interviewees for sharing their views and demonstrating the importance of on-the-ground discussions. At New America, we’re developing new opportunities to hear directly from workers about their preferences, constraints, and aspirations -- and to collaborate with partners to design approaches that put those needs front and center. We will share more insights from this research in the months ahead. In the meantime, we thank our fellows for kicking off our human-centered series and welcome your feedback.

The recent outburst of scholarship surrounding the Future of Work has yielded no shortage of prognostications regarding what our increasingly automation-driven economy will look like. However, most of these reports take the macro-level perspective, relying on aggregated labor statistics. The literature is curiously short of first-person accounts of the workers whose futures stand to be reoriented to accommodate coming changes.That is why we took a different approach in a recent project. As Baker Center Future Fellows embedded at New America for the summer, we set out to answer the question: how do workers with job tasks projected to be at least partially altered by automation conceptualize this threat, both to their own jobs and to the labor force in general?

In seeking to answer this question, we thought it would be most insightful to take a human-centered design (HCD) approach. We wanted the stories and perspectives of workers themselves to be the most important input into the project. To accomplish this, we hatched a simple plan: talk to as many at-risk workers as possible about work, technology, and the future.

We conceptualized the project in what HCD adherents call a “design session,” led by HCD guru and White House U.S. Digital Service alum Emily Tavoulareas. Through the course of the day-long brainstorming session we clarified the guiding question for the project, identified a target interviewee pool, and selected interview questions and tactics.

Two characteristics led us to target the occupations we wanted to reach: those potentially most vulnerable to automation and those representing a significant share in the labor market in the United States. We identified five groups of workers that satisfied these conditions -- retail salespersons, cashiers, office clerks/administrative assistants, truck drivers, and taxi/ ride share drivers -- and met them at their places of work. With our sample interview script in hand, we ventured out to “the field” to conduct 45 minute to one-hour long conversations, visiting at suburban shopping malls, transportation hubs, office buildings, hospitals, and restaurants scattered across the DMV area.

The conversation was designed to gain preliminary understanding of the needs, behaviors and expectations of workers. We spoke about how work figures into their lives and asked interviewees to lead us through the different stages of their careers - examining future plans and challenges. We then asked workers to describe their dreams and concerns about the future, and gauged opinions ranging from retirement and Universal Basic Income (UBI) to job transition. In order to assess how workers perceive technology, we asked for their opinion about trending technological advancements such as autonomous vehicles.

Over the course of two weeks,we set out to reach at least one worker in each of our target occupations, as well as achieve a diversity in the life experiences and demographic profile of the interviewees. Of the 13 interviews we conducted, 9 of the workers were men, 7 were married, and 8 were 35 or older. We spoke with three administrative workers, five professional drivers (two truckers, one bus driver, one taxi driver, and one uber driver), four retail salespersons, and one cashier.

Though staggering in the differences of life paths and personalities, the interviewees shared a number hopes, worries, and obstacles pervading their lives. Four high-level insights stood out as unifying themes animating these shared perspectives:

This fieldwork represented the first opportunity for any of us to conduct one-on-one interviews, and the willingness of the participants to share their personal stories surprised us. Moreover, these perspectives clearly illustrated the importance of engaging with the complexity of people before moving forward with any potential policy option.

For example, the participants were almost unanimously opposed to the idea of riding in an autonomous vehicle, as well as initially suspicious of expanded government social safety nets such as UBI. With lawmakers considering the regulation of self-driving cars as well as the potential merits of UBI, it is important that the conversation pull from a robust and diverse well of human perspectives, especially from those most likely to use or be affected by these changes. Understandably distrustful reactions towards such ideas cannot be ignored when contemplating policies that require public buy-in to function properly. Though a preliminary effort, we hope this project articulates the value of reaching out to understand the individual circumstances of workers, rather than simply reducing them to an occupational field on a survey.