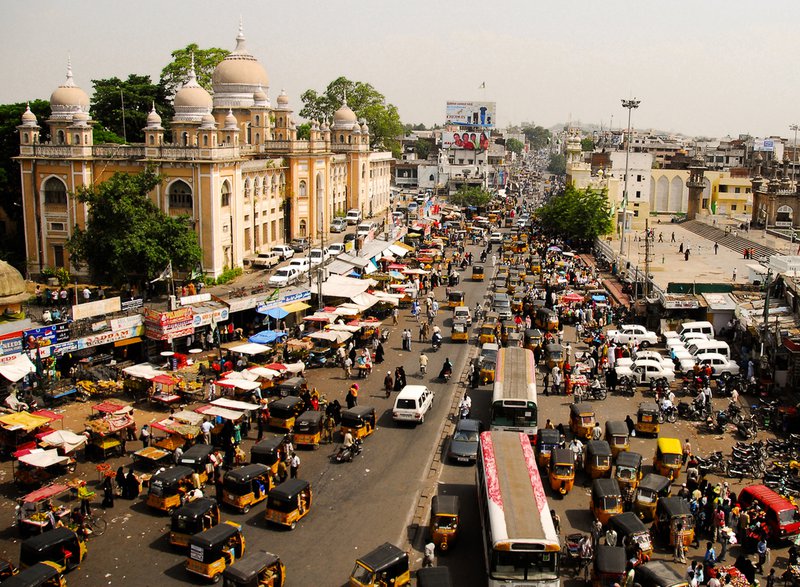 On the campaign trail and into his first 100 days in office, President Donald Trump has often railed against developing countries and their citizens for supposedly exploiting the United States. According to Trump, Muslim refugees from impoverished, war-torn regions are a Trojan Horse for terrorist groups, while Mexico is “sending” immigrants, drugs, and crime across the border that ravage American society. Before changing tune, he decried China for alleged currency manipulation that put American manufacturing at a disadvantage in global markets. And most recently, he has signed an executive order that he suggests will curtail the H-1B visa program for high-skilled immigrants who largely come from developing nations like India and China. (Melania Trump received one for her work as a model in 1996.)

Altogether, Trump’s rhetoric and actions in the White House paint a picture of the global economy as a zero-sum game in which other nations have historically taken advantage of American generosity, naivete, and largesse. Not only does Trump claim that developing nations are taking advantage of the United States, but he has also asked for “reparations,” of various sorts. Largely phrasing his requests as repayments of historical debts, Trump has argued that Mexico should pay for a border wall and briefly claimed that South Korea (no longer a developing nation, to be sure) must pay for a new missile defense system the United States already promised to install.

But, surprisingly, many leading intellectuals from the very countries Trump has singled out wouldn’t necessarily disagree with him about how zero-sum interactions have shaped world history. Rather, they would contend that he is simply wrong about who’s exploiting whom. According to their logic, Western nations like the United States and the United Kingdom have historically enriched themselves on exploitative zero-sum transactions and thus now is not the time for them to retrench; it’s time for the West to repent—and, possibly, repay.

Shashi Tharoor’s latest book, Inglorious Empire: What the British Did to India, fits squarely into this narrative. The Indian parliamentarian and former diplomat criticizes popular narratives of the British empire as, overall, a force for historical good in India, having endowed the country with its political unity, democracy, and the foundations for a modern economy. The book contends that theft, racism, and violence characterized Britain’s rule in India, and that any positive outcomes of the colonial regime should be viewed as incidental to its exploitative nature.

The premise for the book originated with a speech Tharoor gave during an Oxford Union debate in 2015 entitled “Britain Does Owe Reparations.” Video of the event went viral across India immediately after it was posted, racking up more than half a million views on YouTube in less than a week, and even earning praise from parliamentarians in a rival political party. Ironically, the speech argued only for symbolic reparations of one pound a year for 200 years, to repent for the fact that “Britain’s rise for 200 years was financed by its depredations in India.”

But he clearly struck a nerve in India, a developing country that for years has suffered from high rates of poverty, illiteracy, and public health crises, despite the subcontinent’s economic power before being colonized. Tharoor contends that India’s economy accounted for 23 percent of world GDP before colonialism and only 4 percent after—a precipitous decline that can probably only be explained by exploitation.

Though his speech sparked interest in both the United Kingdom and India on the issue of reparations, Tharoor’s book unfortunately makes a poor manifesto for any sort of post-colonial reparations movement. Its turgid style and circuitous organization, as well as unnecessary tangents, detract from Tharoor’s otherwise valiant effort to adapt numerous academic accounts of colonial exploit for a popular audience. Further, Tharoor’s background as a Western-educated (Tharoor earned multiple degrees from Tufts University) upper-class Indian who rose to prominence as a high-ranking United Nations functionary, seems to make him poorly suited to the sort of iconoclasm necessary to challenge the international order.

But together with his speech, Tharoor’s new work and the numerous charismatic interviews he’s given on British television do contribute to a growing academic discourse on the negative economic and political legacies of colonialism that has slowly spilled over into the popular arena. Perhaps the most influential scholarship on the subject has come from economists Daron Acemoglu, Simon Johnson, and James A. Robinson, who have written extensively on the way in which the insufficient institutions imposed on some colonies, but not others, by various empires account for a substantial portion of the differences in economic development between them. They argue, with significant empirical evidence, that while colonies like Canada and Australia, which were settled by Europeans, received institutions similar to those in Europe, nations in the global south, where very few Europeans settled permanently, were endowed with institutions oriented toward extraction rather than good governance.

So where does this leave the United States?

Even though the United States has only formally colonized a few nations, it is certainly not exempt from similar criticisms, as ample work has demonstrated its exploitative behavior in the international system over previous decades. This includes not only its substantial role in the slave trade and numerous violent interventions into other nations’ politics, but also more intangible exploitative exertions of soft power. For instance, in his recent book Sweet Talk, political economist J.P. Singh argues that the United States’ “paternalism” in international trade explains its unwillingness to engage in meaningful negotiations over reciprocal concessions with developing nations, opting instead to offer less impactful unilateral concessions. Likewise, the United States has accepted a paltry number of refugees from the Middle East, despite its substantial role in fomenting discord in the region through its recent interventions in Iraq, Syria, and Libya and historical support for repressive regimes.

In other words, there is ample blame to spread around the globe. But the question remains: Do egregious events from world history—from Britain’s colonial exploitation or the United States’ unjust war effort in Vietnam—warrant some sort of official reparations and, if so, what would these look like? Unlike foreign aid, reparations between states would need to be accompanied by an official apology, and their amount would need to be tied to some historically-measurable exploitation or crime. Though any substantial agreement between countries would pose philosophical and legal dilemmas, they certainly are not without precedent. In 1952, for instance, West Germany agreed to pay the Israeli government for the cost of resettling Holocaust survivors in the “Luxembourg Agreement.” This agreement proved highly controversial among many in the Israeli public, who felt their collective trauma was being converted into a bargaining chip, though it did result in a massive investment in the new country’s economy.

But given the posturing of the current US government, as well as the rightward, anti-immigrant turn of many former European colonial powers, such transfers from developed countries to developing ones are unlikely to happen any time soon. Suffice it to say, Tharoor and his allies will first need to win a global argument—deciding who, exactly, has exploited whom.