Where Are the Girls? 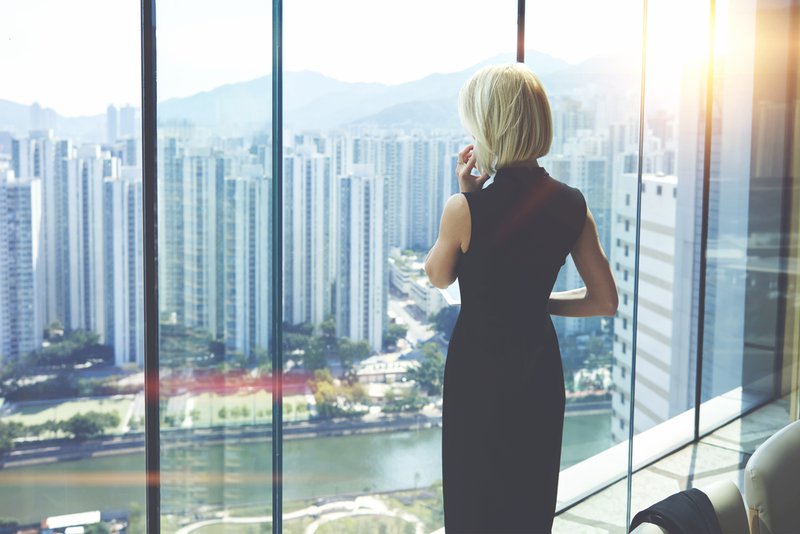 That’s the question posed by the protagonist of Kelly DiPucchio’s children’s book, Grace for President. The titular Grace decides to become the first female president after learning from her teacher that the United States has never had one. First published in 2008, the book has continued to gain popularity, inspiring young readers to do dramatic interpretations on YouTube and more recently, providing the basis for an initiative for Teach a Girl to Lead, a project of the Center for American Women and Politics at Rutgers University. For the reading project, recalls Center director Debbie Walsh, copies of the book were sent to every woman who serves as a state legislator or member of Congress, all of whom were then asked to read the book aloud in a classroom in their community and then donate it to the school’s library. The point, said Walsh, was to make “women’s public leadership visible to boys and girls.”

Teach a Girl to Lead is one of several programs through which the Center partners with states to develop innovative ways to encourage women of all ages to run for office. It’s especially critical, says Walsh, to “make that connection between service and politics” in order to make a dent in the cultural assumptions that often push women toward service-focused careers and activities, such as nursing or volunteering, but dissuade them from running for office. “I think women are ambitious,” notes Walsh. “Their ambition focuses on ways to change the world.”

Walsh and her Center are not alone. How women can change the world has also become a major point of engagement for McKinsey Global Institute, whose seminal 2015 report, The Power of Parity, evaluated 95 countries using multiple indicators measuring gender inequality. To paraphrase Grace’s question about female presidential candidates, their latest report, The US Power of Parity, asks a similar question to hers in its rigorous assessment of the state of gender parity in the United States: Where are the girls?

The answer matters more than any of us might think, especially in terms of the potential power that gender parity holds to foster economic growth, from expanding women’s workforce participation to tracking the economic value of unpaid care work. “I can’t tell you how many times as a foreign policy person and a writer on work and family that I have invoked McKinsey’s numbers,” said New America CEO Anne-Marie Slaughter at a recent event celebrating the launch of The US Power of Parity with a panel of experts from the private, nonprofit, and academic sectors. “If every woman in the world were living up to her full potential, global GDP would increase by $28 trillion. That is the size of the Chinese and the American economies put together.” McKinsey’s deep dive into the United States alone revealed that every state in the union has at least a 5 percent opportunity for economic growth if they “share best practices more quickly and have every state match the best rate of improvement [on indicators of gender parity]...for the next 10 years,” outlined McKinsey principal Kweilin Ellingrud. Across the country, the upshot of those opportunities translates to about 6 million new jobs and a $2 trillion increase in GDP--not quite the scope of the global numbers, but still the size of the economy of Texas.

Numbers like these—and the best ways to go about achieving them—are especially important in the United States, where issues around women’s workforce participation are “for the first time in my lifetime” are “on the political agenda,” Slaughter continued, citing the recent passage of paid leave programs in New York City and San Francisco and the discussion of related policies by mainstream presidential candidates from both parties. Treasurer of the United States Rosie Rios, the event’s keynote speaker, agreed. “I’m a numbers person,” she said, “and so when I first read [The US Power of Parity], it was a huge light bulb for me. Finally, someone is articulating this argument in a way that I think resonates with anyone who understands economics, data, or that this is all about growth. This is not just a gender issue. It’s an economic issue.” And in economic terms, said Ellingrud, “you can’t compete effectively if you’re not fully using half the population and half the talent.”

But, as Slaughter noted, “numbers are critical, but they’re not enough.” One of the central findings of both reports, observed McKinsey Global Institute director Jonathan Woetzel: “In order to capture these economic growth and productivity opportunities, we do have to address what people have traditionally referred to as ‘social issues.’ [Economic growth and social empowerment] are in fact intertwined...it’s a false dichotomy to try to separate the two.” The key takeaway? According to Woetzel, “If you want to have gender equality in work, you have to have gender equality in society.”

Which brings us back to Grace, where the girls are, and how to get them (right along with the boys) to a position of greater empowerment and opportunity at work and at home. Along with the compelling business case for gender parity offered up by McKinsey, Slaughter emphasized the importance of striving to change the language, attitudes, and practices that have defined Americans’ general approach to work culture and gender norms. “Every time you talk about a man who has a job and children, call him a working father, just automatically,” she insisted. “We need to expect exactly the same things of our sons that we do our daughters.”

The U.S. still has a long way to go when it comes to that broader kind of change. According to the report, which evaluated each state and the country overall according to 10 indicators of social, economic, and political equality, there were six “impact zones” where no states are doing well in having women in leadership or managerial positions, the distribution of unpaid care work, the rate (and consequences) of single motherhood and teenage pregnancy, political representation, and violence against women. “A lot of our moms are struggling in those six zones,” said Wanda Walker, Director of Program Excellence for the Jeremiah Program, which helps to transition families from poverty to career-track prosperity. “Many of them have seen violence” in particular, she added, and Jeremiah Program attempts to support its participants with on-site daycare and empowerment and skills training that inspires them to view failure as “your first attempt at learning.”

Inclusiveness and a tolerance for failure were themes shared by Barclays’ Barbara Byrne and Sodexo’s Stephen Dunmore, who agreed that the business case for gender parity is tricky but that sticking with it is crucial. Food services and facilities management company Sodexo, whose board is 38 percent women and has 43 percent women in its senior leadership, tracks diversity and inclusion when calculating bonuses (the 15 percent of the bonus allotted for this is the only metric not dependent on financial results). And while “it’s never easy to be a pioneer on Wall Street,” reflected Byrne, “power is where the money is. It always is.” Between an “encore” program designed to be an on-ramp for employees who have taken time out for caregiving responsibilities to return to client-facing, revenue-generating positions and “dynamic working” policies that allow work from anywhere, Byrne sees power and progress in Barclays and other Wall Street denizens being both innovative and flexible.

That’s a tall order, noted Rutgers’ Debbie Walsh, but nonetheless a vital one—especially in this presidential election year. “It’s taken us a hundred years [since the election of Jeannette Rankin in 1916] to break a hundred [women in Congress],” and “at no level of political office do we have more than 25 percent women.” Yet, when women run, they win at about the same rate as men do. Both Walsh and Better Life Lab senior fellow Liza Mundy pointed out that both sides of the aisle have work to do recruiting and retaining female candidates; “we’re never going to get to parity without women in both parties,” Mundy said. And it’s not just about fairness or wasting talent, Walsh argued. “Women [running for and being elected to office] are bringing something to the table that’s a value added to the process and to the way our democracy works.” Walsh’s Center has done surveys that indicate female state legislators are far more likely than their male counterparts to feel a responsibility to represent and give voice to those who might otherwise be voiceless.

As Wanda Walker put it, women already know that “if you’re not at the table, you’re on the table”—whether that table is in a committee hearing, a university seminar room, a local business, or a C-Suite office. The challenge now is to create a country in which they can more easily pull up a seat. In McKinsey’s estimation, the way to get more women at those tables (and put more dollars in our nation’s coffers) is promoting idea-sharing and collaboration among government, the private sector, nonprofits, and academia. In other words, to fashion a bottom line where parity and profit go hand in hand. One would imagine Grace would agree.