What's the State of Your State's Early Education Program? 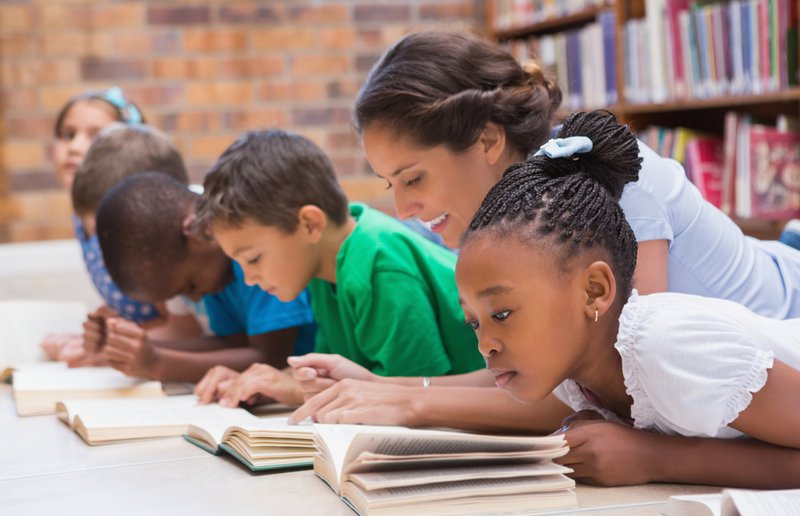 Picture a nine-year-old boy—we’ll call him Brian—sitting down one day during the spring semester with his No. 2 pencil to take the National Assessment for Educational Progress (NAEP), the test best known as the Nation’s Report Card. If he’s like two-thirds of students in the United States, he won’t fully understand what he is reading. He will have been so unprepared in literacy that he cannot hit the proficient mark on this fourth-grade material. This will not bode well for his hypothetical future, or for two-thirds of American students’ real ones.

There is no single reason why so many children are unable to read proficiently; similarly, there is no silver-bullet solution. But here is a single fact we do know: The first eight years of children’s lives, from when they are born up through the third grade, lay the critical foundation of knowledge and social and emotional skills on which the entirety of their future learning rests.

And here’s another: Opportunity, literacy, and language gaps do not start in the third grade, or even in kindergarten. They start much earlier. Disparities between young children from poor families and those from better-off families can begin at as early an age as 18 months.

Finally, we know that states and local school districts lack a seamless, coordinated continuum of high-quality, easily-accessible early education for all children and their families. This leaves students without a sturdy, well-lit staircase of development and learning from birth through third grade, meaning they must instead attempt to climb disconnected and uneven platforms where they can easily fall through the cracks. In too many places, pre-K teachers and early-grade teachers do not have opportunities to plan together, share data, or talk about curricula, even when pre-K takes place in the same school building as elementary school.

What’s a state policymaker to do with these pieces of knowledge? Perhaps he should first step back, then he might see his state in the national context. A new report from New America’s Education Policy Program examined the status of early-education policies that support literacy development in all 50 states and Washington, D.C., and offers ideas for moving forward. The report, From Crawling to Walking: Ranking States on Birth–3rd Grade Policies that Support Strong Readers, is accompanied by free, online interactive maps that compare policies across each of the United States. This means that, for the first time, education observers can get a quick picture of how states measure up and compare to each other in early-education policy. The report ranks states, and then groups them according to the robustness of their policies to address early literacy. The groups—Crawling, Toddling, and Walking—are evaluated on 65 indicators in seven policy areas that can help ensure children are on track to read at grade level by the end of third grade.

State policymakers would then do well to note that states prioritizing the preparation and development of those who teach infants, toddlers, preschoolers, and the early elementary grades, as well as leaders of elementary schools and child care centers, are in a better position to meet this goal.

They should also see, however, that, while a focus on educators is salient, it’s not enough on its own. States must also have in place strong standards, assessments, and data systems; equitable funding; high-quality pre-K; full-day kindergarten; and dual-language learner supports. Further, those states that have laws around third-grade reading should ensure that the legislation is focused on identifying struggling students and providing interventions over holding children back.

The bad news is that From Crawling to Walking found that most states are not taking the comprehensive approach needed to set children on the right track. Only five states are Walking: New York, Oklahoma, West Virginia, Connecticut, and Wisconsin. Certain leading states might come as a surprise to some. But considering the policy areas emphasized, Oklahoma and West Virginia make sense. Both states have robust state pre-K programs that meet some important quality markers, such as requiring that teachers earn bachelor’s degrees with early-childhood specialization and that classrooms maintain low adult-child ratios. Oklahoma also has strong educator policies, requiring licensed child care centers to hire both directors and lead teachers who have at least some college-level early-childhood coursework.

The worse news is that even New York, the highest-scoring state, only earned the equivalent of a “C” in letter grades. While some states are ahead of the class, all states have work to do.

Thirty-four states and D.C. fall into the Toddling category, meaning they are making progress in some areas but are clearly lacking in others. The remaining 11 states are Crawling and have the most work to do (not to name names, but they are Kansas, Kentucky, Arizona, North Dakota, Utah, Nevada, Idaho, Wyoming, South Dakota, New Hampshire, and Montana). The majority of Crawlers do not have public pre-K programs and do not require districts to provide full-day kindergarten.

Many states are making some progress by addressing bits and pieces of the birth-through-third grade approach to help build strong readers. But what is made clear by our policy scan is that no state is running. They all have a long road ahead to creating a coherent and connected set of policies that flow and fit together, providing children with the support and opportunities they need not only to read well by the end of third grade, but also to flourish throughout their schooling and in life.

It’s a road they need to travel, be it on their hands and knees or feet. 9-year-old Brian—and the rest of America’s littlest learners—will continue to fall further behind if they don’t.