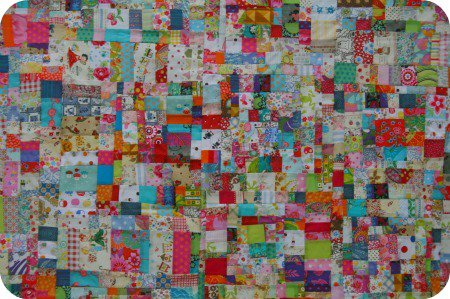 Twelve million children under the age of five rely on childcare each day while their parent(s) work. Two of them are mine.

New America’s groundbreaking Care Report illuminated the myriad challenges parents face in securing childcare, among them that demand is too high to meet the staggeringly-low supply of high quality centers. And when high demand meets low supply, as any Econ 101 student can tell you, the price skyrockets.

For those of us making it work, there is usually an asterisk hidden somewhere, the too-good-to-be-true details that tell the whole story. The Care Report found that one fifth of families have multiple child-care arrangements; my family counts among them. By my count, we have five different arrangements to care for our two children. As the Care Report reveals, finding a workable childcare arrangement is difficult at almost every income level. Subsidies, whether or not they come from the government or a business, play a significant role in providing high quality care at affordable prices. But our societal inability to recognize these situations for what they are makes it easier to dismiss the very real disparities of those who struggle to work while also ensuring that their children receive the care they need.

My husband and I both work, as do the majority of families in our country with children under the age of 18. Our childcare patchwork arrangement is anchored in some of the oldest and yet some of the most elusive care options available: grandparents.

It’s a setup that offers a variety of benefits, not least of which is the joy that grandparents and grandchildren receive from repeated interactions with one another. But there is another enormous tangible benefit to such a patchwork childcare arrangement: cost savings. Their work is a gift, literally. The market value of childcare in our Bethesda, Md. neighborhood translates to $300 in childcare savings a week, or $1200 a month, amounts that don’t include any of the overtime or taxes we’d be expected to pay for a childcare provider. Those savings are so significant that if our unpaid laborers went on strike, we’d be unable to continue our current arrangement.

It’s important to understand that situations like ours are the exception rather than the rule. Critics of subsidized early childcare—such as universal pre-K or subsidized child care facilities—could easily point to “success” stories like ours:  families that cobble together patchwork arrangements. Lawmakers opposed to such funding increases view early care and learning as “the private responsibility of families” and “not a public good to invest in.” But this line of reasoning fails to recognize that the grandparent option (i.e. “responsibility of families”) is not available to everyone (just as employer-sponsored and state-sponsored childcare, too, is not available to everyone).

Where childcare is concerned, the adjective “lucky” should replace “successful.” Not everyone has the option of grandparents as care providers. The rise in retirement age means more grandparents may be working full time. The surge of upward-mobility jobs in urban areas means that many people may be farther from the suburban or rural homes where they grew up.  And though over four million grandparents now live with their grandchildren, according to the 2012 American Community Survey, the bulk of these arrangements (67 percent) have the grandparent as the head of household, rather than as co-resident with the parent.

It’s worth noting that even in our household grandparents are not a full-time child care substitute. One is retired, but two still work part time.  Between the three of them, they cover most of Monday and Tuesday. We rely on a part-time nanny for Wednesday and Thursday, and on Fridays I’m home, a privilege that started years ago and often means weekend work to catch up on what I’ve missed.

Our nanny, “Nina” (not her real name) prefers in-home care because it pays more than the daycare where she worked, where her wages averaged $9 an hour. This is higher than the state of Maryland’s minimum wage ($8.75) but still lower than Montgomery County’s minimum wage of $10.75. Nina’s specialty is infants, though she’d likely make more if she worked with older children, as those who teach infants and toddlers make about 70 percent of what those who teach three- and four-year-olds make. Nina doesn’t drive, so she takes the bus to pick up my older son from his half-day preschool - an adventure he loves, but one that doesn’t work for all families, especially in places without significant investments in public transit (The DC-MD-VA area ranks third in the country of the most-used transit system, and our region is receiving  nearly $2 billion in construction costs through a public-private partnership to build a light rail public transit system. Such investment is hardly typical of the rest of the country.) Nina doesn’t speak much English. We don’t speak much Spanish. Google Translate is our valuable intermediary. We text updates throughout the day, though on several occasions I’ve asked co-workers to help clarify what exactly Nina means with “hizo pipi”? (In the toilet? In a diaper? Oh, the linguistics of potty training).

Nina does the same work for us as she does for her daycare, but at a higher rate, higher than we could typically afford (The average hourly rate using Care.com calculator is $16.00 in our area). We can afford her higher rate only because the rest of the week is subsidized by the free care offered by grandparents. And if this is what a quality child care arrangement looks like, it’s no wonder that most families struggle.

The Care Report spells out clearly why the child care market doesn’t work:

The numbers simply don’t add up: It costs more to supply early care and learning than families are able to pay. That’s because rather than work like a traditional market, where prices and efficiencies are governed by the laws of supply and demand, the early care and learning market works like the market for education. In K-12 educational markets, tuition alone can’t cover the cost of the service ($12,000 per year per public school student). That’s why education is subsidized—public education subsidized by the government, and private education subsidized by private donations and government tax breaks and grants.

Our patchwork arrangement proves this point: rather than being subsidized by the government or employer, we’re subsidized by grandparents. This patchwork arrangement is hardly a blueprint for other families to follow, especially for those for whom grandparents are not an option. Not all grandparents are mobile, and there may come a time where the grandparents themselves need care, providing an additional squeeze on the “sandwich generation” parents performing double duty: caring for both young children and aging parents.

Our country cannot rely on grandparents to absorb the true cost of childcare. Nor can we hold out hope that more employers will follow Alston & Bird’s example and find that subsidizing childcare is good for business (though it is, and we hope that more do!).  We need policymakers at the state and federal level to take a hard look at what care options are available now. We need a plan so that ALL parents, not just the lucky ones with grandparents nearby, can succeed.