Want to Close the Racial Wealth Gap in America? Diversify the Tech Industry 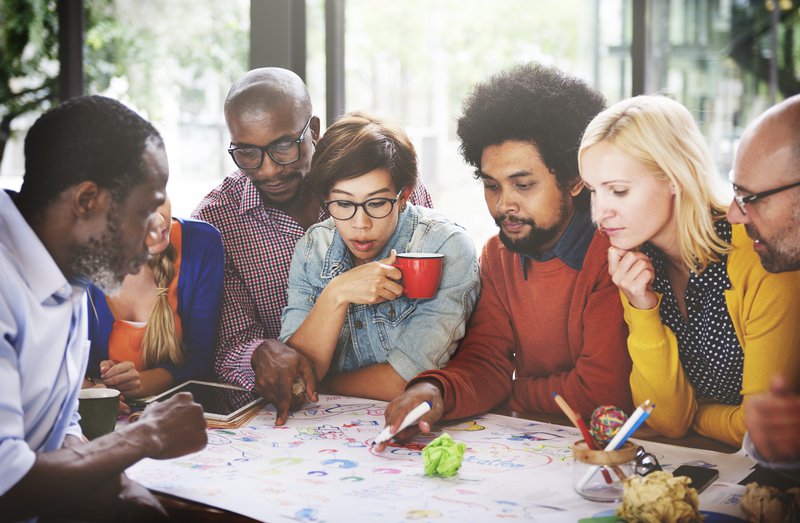 This is the first entry in our California Column, a summer series by the New America CA Fellows.

I recently spent a day wandering Stanford’s campus, surrounded by hundreds of entrepreneurs from all over the world. It was the Global Entrepreneurship Summit, hosted by President Obama. I went to Stanford and have worked in the Bay Area tech sector for half a decade, so the setting was familiar. But the faces were not.

The diversity that the White House had brought together was impressive because the GES entrepreneurial melting pot isn’t what you usually find when gathering a group of founders in the Valley. You’ve probably seen the statistics. In the US, only eight percent of VC-backed tech company founders are female and only one percent are black. The data around employees isn’t much better. At top tech companies like Google and Facebook, engineering teams are around five percent black and Latinx.

There has been much heated conversation about the lack of diversity in tech. Tech company detractors once dismissed the lack of representation of black and Latinx individuals as a “pipeline problem” (that is, “someone else’s problem”) until research showed that the pipeline was much larger than the pool of talent that companies were hiring (case in point: 18 percent of computer science bachelor’s degrees are awarded to black and Latinx students each year—that is a good deal higher than any of the numbers above).

At that point, the conversation shifted to one that acknowledged flaws in companies’ recruiting strategies and unconscious bias in their hiring and retention. Nevertheless, the conversation around diversity in the tech industry has largely been confined to a conversation about the culture, policies, and practices of individual companies and the goal has been framed as creating companies that better reflect the available workforce. This is important, but it obscures the larger context, which has nothing to do with any individual company, and everything to do with the way opportunity and wealth are distributed in the United States and who we want to be as a country as we move through the digital revolution and the 21st century.

A few summers ago, a group of black and Latinx students interning as software engineers at top tech companies in the Bay Area through the organization I co-founded, Code2040, found themselves in the surprising position of making more money each week as undergraduate summer interns than both their parents combined made after decades of working one or more jobs at a time. The students—some of whom were only 18 or 19 years old—suddenly realized that the future unfurling before them might look quite different from the past—for them and for their families.

This scenario has repeated itself every summer since at Code2040 as we bring new classes of Fellows together (we have nearly 90 this summer). That’s because the average salary of a tech worker is more than the median household income of a black family and a Latinx family combined. In a country where the median net worth of a white family is about 15x the median net worth of a black family or Latinx family, the chance to earn nearly six figures coming out of college in an industry with an unemployment rate around half the national average is huge for the individual, their family, and their community.

This isn’t an argument for redistribution. Nobody is arguing that we should take jobs from one group and give them to another. Analysts project 1.4 million jobs open in tech in 2020 but only 400,000 graduates with corresponding degrees—there is more than enough opportunity to go around. Ensuring that those jobs that are filled are filled by a healthy representation of black and Latinx people could break the cycles of poverty that we’ve seen persist for decades in this country, providing meaningful opportunity for communities of color to build generational wealth. Not doing so could ensure the preservation of an unacceptable status quo.

The tech industry as we know it today didn’t exist even 15 years ago. In the next 15 years, we’ll see increasingly accelerated change. There are many reasons that it’s important for black and Latinx Americans to be involved in shaping the companies, products, and technologies of the future. Chief among them is that the tech industry is the economy of the future, and if only five percent of the economy of the future is black and Latinx, America’s future will look much too much like its past.

If we want to see the wealth gap in the United States narrowing, not widening, over the coming decades, nailing diversity in the tech sector must be a critical component of any economic equity movement or strategy. This is about more than just moving the needle on company diversity numbers. This is about taking a proactive stance on racial equity in the economy, and therefore the society, of tomorrow—today.