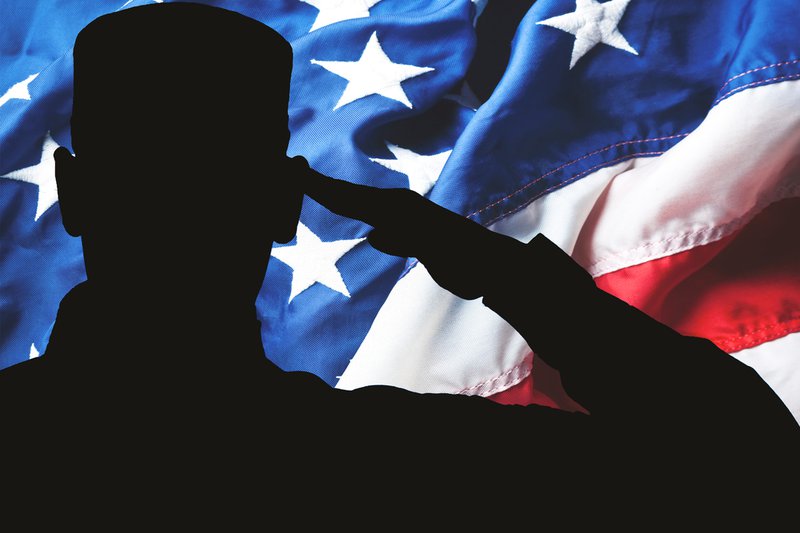 President Obama’s final State of the Union address was his shortest. But he also had the most to say about foreign policy, by a good margin, with 28 percent of his seventh such speech focused on international issues. This shift reflects the spike in national anxiety about instability abroad and the uncertainty of an enemy that walks among us.

It’s an anxiety that is largely misplaced. Notwithstanding the tragedy of recent terrorist attacks, such risks have not changed appreciably. However, the renewal of terrorism on U.S. soil has exposed weakness in the logic of “fight them there so we don’t have to fight them here,” and 15 years of counterterrorism experience has achieved too little in evolving our appreciation of such threats. Fear, or what FDR called “nameless, unreasoning, unjustified terror,” hijacked a much-needed debate on national security, and reason was again muted. We are often slow to adopt new ideas and adapt to shifts in the foreign and defense policy landscape. And so such policy is indeed deserving of new light on legacy problems and outdated ways of thinking.

Take, for instance, the complex crisis in Syria and associated threat of the Islamic State. Terrorism historians might emphasize the need for resilience as a proven alternative to the folly of a zero-defect mindset or worse, an over-reaction that plays into the hands of the terrorist. Those seeking a more compelling rationale for deploying U.S. troops to Syria might shift focus from the adversary to the victims and appeal to the human displacement and suffering of an exceptionally violent civil war and its associated pressures on Europe. Similarly, and for those of us hesitant to engage further into conflict, we might question whether our reluctance to escalate in 2015-2016 is as biased -- and blind to the realities on the ground -- as our eagerness toward conflict was in 2002-2003.

Meanwhile, Saudi Arabia recently executed a pro-democracy Shiite cleric, provoking Iran, pouring fuel on a fire of sectarian tension and risking greater instability across the region. Notwithstanding widespread incredulity of such an act, the United States has yet to condemn Saudi Arabia due to fears of undermining Saudi cooperation against the Islamic State. While the United States readily condemns Islamic State beheadings as grotesque and medieval, the regularity of Saudi Kingdom beheadings is tolerated. U.S. foreign policy is naturally convoluted and often necessarily transactional, yet too often ready to trade principle for expediency.

Of course the U.S.-Saudi relationship has been strained beyond tensions over human rights. While Saudi funding of extremism has become axiomatic in western media, it is less accepted that it was the U.S. record of anti-communist and oil-thirsty support to the Kingdom that enabled Saudi promotion of Wahhabism, the fundamental sect of Sunni Islam that fueled the rise of extremism. After decades of the status quo, is national debate too slow to question whether pro-autocracy, anti-theocracy U.S. policies in the region, dramatically interrupted by the 2003 invasion of Iraq, set the stage for the more destabilizing aspects of the Arab Spring and today’s growing sectarian tensions? Foreign policy-making often has difficulty changing policies that exacerbate the problems they are meant to solve.

We need to improve how we think about foreign and defense policy. Our greatest problem in defense policy is not so simply that the nature of threats and warfare are changing. Our greatest future challenge is not any particular threat, or any type of warfare, but is instead how we think. In a rapidly shifting and uncertain landscape, we can’t afford to be locked into fixed ways of thinking. A future failure to adapt could cause us to fail militarily and, more broadly, as a society.

This does not reflect insufficient faith in American ingenuity or determination. Instead, it is that optimism should be tempered by the humility of experience and history. For the last century, the strategic privilege enjoyed by the United States was rooted in geographic advantage and an abundance of power, particularly in our resources and our technology. In a recent hearing where I testified on these issues, Senator McCain cautioned that “our margin for error as a nation is not what it once was, and indeed is dramatically diminishing relative to our competitors.” Early in his career, the future National Security Advisor Robert McFarlane wrote that “having superior strategic military might has provided an enormous hedge for flabby thinking. We could afford less than optimal strategic planning because push was never going to come to shove. We have had the luxury of being able to be foolish."

We no longer have such luxury. With a shifting global landscape and a relative decline in global influence, we must invest in cognitive adaptability or suffer the consequence. This will require strengthening our intellectual creativity, the courage to dissent and challenge assumptions, and our humility to listen, learn, and accept limits. These qualities derive from how an organization thinks, its culture, and ultimately, its people. As the former Chairman of the Joint Chiefs of Staff Marty Dempsey told Congress, “If we don’t get the people right, the rest of it won’t matter. We’re going to put the country at risk.”

The development of our people and their thinking is how we’ll outsmart future enemies, and such investments need to be prioritized and better balanced with our current emphasis on operational experience and technology. The good news is that the Pentagon has institutionalized at least the concept—if not the practice—of adaptability in their planning, and proposals for personnel reform are being considered as part of Defense Secretary Carter’s “Force of the Future” initiative. The bad news is that the Pentagon is generally slow to change and these proposals may become diluted.

To be fair, this cultural resistance to change is generally confined to the strategic levels of our defense, and the operational level precedent has been more promising (with some exceptions to be discussed in a follow-on article). For instance, Air Force Colonel John Boyd gifted the world with his now-famous concept of the “OODA loop” (observe-orient-decide-act) as a means of out-adapting the enemy. And the exigency of combat brought about the practice of “red teaming” to think like the enemy and probe one’s vulnerabilities, a concept that the U.S. military has done much to implement and refine.

The recent book Red Team by CFR Fellow Micah Zenko sheds important light on these problems. Zenko scrutinizes the problem of institutions evaluating their own plans and advocates for rigorously pressure-testing those plans. He finds that the “tyranny” of expertise within groups clouds objectivity and creativity and that the best insights within an organization often come from its least senior people. Separating decision-making from the best sources of insight is perilous, and yet this is often how our defense policy system functions. And this status quo is remarkably resilient – policy people can be enthusiastic about change, so long as it doesn’t happen to them.

David Krakauer, the President of the Santa Fe Institute, a leading research center on complexity, recently lamented that “the fundamental impediment [to change] is an unbelievably deep attachment to the status quo.” His audience was the annual “Glimpses” gathering on innovation hosted by Red Bull, which has been convening leading researchers on innovation as part of their “hacking creativity” initiative, the largest study of creative styles conducted to date – recently launched in an effort to understand how we create and what it is that drives our creativity toward solving today’s most pressing and looming challenges.

Zenko reminds us that the quality and creativity of our thinking is enhanced by greater intellectual collaboration and rigor. The November 2015 release of his book coincided with the 100th anniversary of Einstein’s theory of general relativity, one of the world’s best examples of divergent thinking and the icon’s idea that “we cannot solve our problems with the same thinking we used when we created them.” And while Einstein is often popularized and celebrated as a lone genius driven by eureka insight, the success of general relativity was also driven by peer review, collaboration, failure and iteration.

Einstein’s theory of relativity led to the military’s innovation of the atom bomb and, similarly, DARPA and defense R&D gave our military other key technological advantages, such as radar and the GPS. Yet technological innovation alone can’t solve our defense challenges. The dynamic nature of tomorrow’s threat landscape makes it increasingly necessary that we also outsmart the enemy and leverage thinking that is adaptive and open to new ideas.

To address new challenges abroad and on U.S. soil, Americans need and deserve new ways of thinking, not a replay of the decades-old status quo or worse, a reversion to centuries-old fear-mongering. Adaptability in defense is less about what we build and more about how we think. It is less less about what we know and more about what else might be possible. It is to face the world as it is, not as we wish it were or thought it would be. As Stephen Hawking once put it, “intelligence is the ability to adapt to change.” Foreign policy occupying a greater percentage of the State of the Union suggests we should adapt how we think about the problem, not just worry more about the threat.