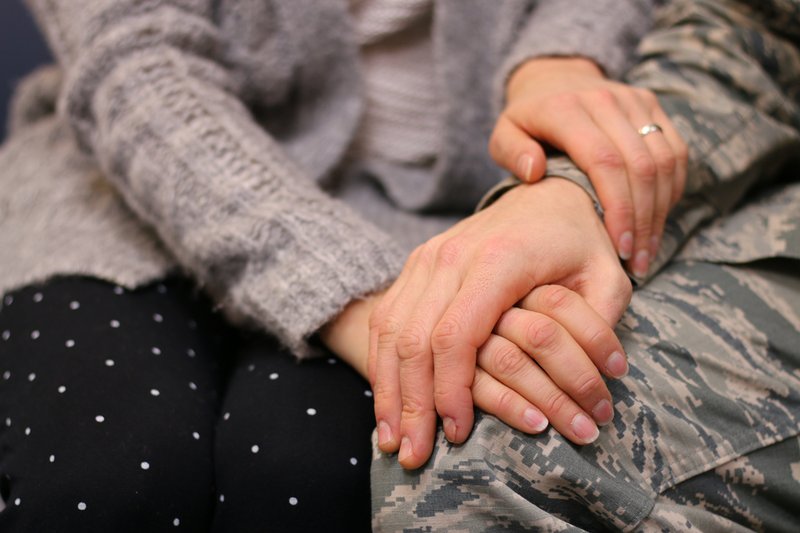 During the recent election we heard a lot about people left behind, like displaced middle class workers who have become casualties of the global economy. We’re also familiar with stories about veterans who are struggling to reintegrate into the civilian workforce after serving in the military. We feel empathy for these disenfranchised workers and understand their need to be gainfully employed and to be relevant. But I suspect many Americans know little about the nearly one million military spouses who proudly support their military service members, often silently sacrificing their own employment as a result.

Although the traditional narrative persists of the spouse who keeps the home fires burning, the reality is that half of military spouses work, and most of those who don’t work are reluctantly unemployed. While veteran unemployment has improved recently, and is now down to single digits, military spouse unemployment continues to hover near 20% (about four times the general unemployment rate). That unemployment figure does not include those who have dropped out of the labor force altogether, but only captures spouses who are actively still seeking employment. Perhaps even more sobering is the fact that military spouses enjoy higher than average education levels, yet earn only about 50% of their civilian counterparts. Among those spouses who do work, most are underemployed, settling for jobs for which they are either overqualified or underpaid.

At the heart of this problem lies a juxtaposition of a 1950s military culture and the reality of today’s modern families. The culture of our military continues to function as if all families were built on a single breadwinner model, with a spouse fully available to take care of the home front and maintain a tradition of volunteerism in support of the military community. Spouses are told they are the glue that holds families together during moves, deployments, overseas assignments, as well as day-to-day life. But, as in most American families, having two incomes is a necessity, not a luxury, for many military families. Unlike most civilians, however, military spouses find it challenging to maintain their employment while moving every two to three years. It is at this critical intersection that many spouses find their careers derailed, faced with the difficulty of finding new employment every few years while simultaneously keeping family life on track, often single-handedly. For many, the task simply becomes too daunting.

Some of you may be asking, “Why should I care? Didn’t you know what you were signing up for?” Even though hundreds of thousands of military spouses are willing to sacrifice their own needs for the greater good, I believe it’s an unnecessary sacrifice. In my opinion, the current state of affairs is a no-win scenario all around—for spouses and families, for the military, and ultimately for our country.

On an individual level, the cost to military families is significant because they cannot reliably depend on a second income, nor expect the spouse to earn what they would in civilian life. When policymakers debate cuts to military compensation and benefits, this reality should be a key consideration. Unless spousal employment improves, the military member’s compensation is essentially a family wage rather than an individual wage, something that is generally not considered in public debate.

Beyond the financial impact, military spouses who sacrifice their careers also often suffer devastating blows to their dignity, identity, and overall well-being. It is the flipside of Brigid Schulte’s problem of “Overwhelmed.” While civilians in the professional world are often struggling to find a good life within the context of overwork, military spouses are often sitting on the sidelines, waiting for an opportunity to contribute their education and skills to the workforce.

Finally, there is a clear connection between military spouse employment and the security of our nation. If we want to attract and retain the best fighting force in the world, we need to provide a military experience that meets the expectations of today’s workforce. (See Bipartisan Policy Center Task Force on Defense Personnel.) More and more, service members (both men and women) expect to be equal partners in family life: They value their spouse’s career, and want a military life that will enable them to serve their country while being role models at home. We are already seeing a critical fighter pilot shortage in the Air Force, in part because they are leaving the service in favor of a civilian lifestyle that is more conducive to family life. Service members who do not see a viable career path for their spouses are increasingly likely to leave military service—or avoid serving altogether.

Step One: Treating the Symptoms

What can be done about this problem? Current efforts to improve spouse employment focus on job placement and coping strategies to integrate career and military life. Federal programs such as the Military Spouse Employment Partnership have promoted the employment of military spouses and connected job searching spouses with military-friendly employers. In my research and coaching practice, I advocate that spouses look at their career options and seek a solution that fits with their overall life and the primary roles they are called to play: Marriage, Motherhood or Fatherhood, and Military life. Taking a clear-eyed look at these 3Ms can help spouses identify potential obstacles on their career paths and begin a process to realign career, family, and military life for a better fit.

But at the end of the day, my framework only serves as an individual coping strategy for a problem that is ultimately systemic in nature. And job placement is a temporary solution for a spouse who will be back on the job market again in two years. Helping military spouses navigate their career challenges within the current system is important in the short-run, but military spouse unemployment will always remain a problem unless we address its root causes and change the system. That means being willing to tackle this problem at a national level with real policy changes, meaningful culture change, and honest dialogue.

On the policy front, we know that frequent relocation is the single greatest contributor to spouse employment challenges, making defense personnel reform the key to any long-term solution. Although the Department of Defense has acknowledged that the current personnel system is inefficient and expensive, the tradition of frequent relocation or permanent change of station (PCS) is deeply embedded in military culture. Not only is the current PCS system detrimental to military spouse careers, but military experts like Tim Kane contend that it is also harmful to military member satisfaction and directly impacts retention of talent. In other words, redesigning the current assignment system is a critical aspect of improving not only spouse employment but also overall military readiness and retention. While I’m not naïve to the enormity of such a large-scale policy change, I do believe it’s important to look unflinchingly at the root cause of this problem and to think creatively about possible alternatives, such as an open-market approach to assignments that Kane proposes in his book Bleeding Talent.

In addition to policy change, promoting honest dialogue and culture change within the military community are key steps in changing the status quo. We can start by changing the traditional belief that not being able to work as a spouse is a natural and acceptable consequence of military life. Although working spouses are certainly more common today than they ever have been, I find that discussions in military circles still start with the presumption that military spouses don’t work. And those of us who do have careers often collude with this social norm by holding back our professional identities in military environments. We keep to polite talk about our families or military events, but don’t often talk about ourselves. When I challenge this norm and ask spouses about their careers, I am often met with real gratitude that someone asked. I see a spark that wasn’t there before, a shadow side of themselves that is brought to the forefront, and a bit of relief in knowing they are not alone.

Ultimately all human beings have two basic desires—to love and to work. Without some form of both we are left feeling less than whole, less than who we are truly meant to be. Like the middle class worker left behind and the veteran struggling with re-entry, the unemployed or underemployed military spouse feels that pain too, even if she is too proud to admit it. Ultimately, that is who I am fighting for.