The Rise of Data Visualization 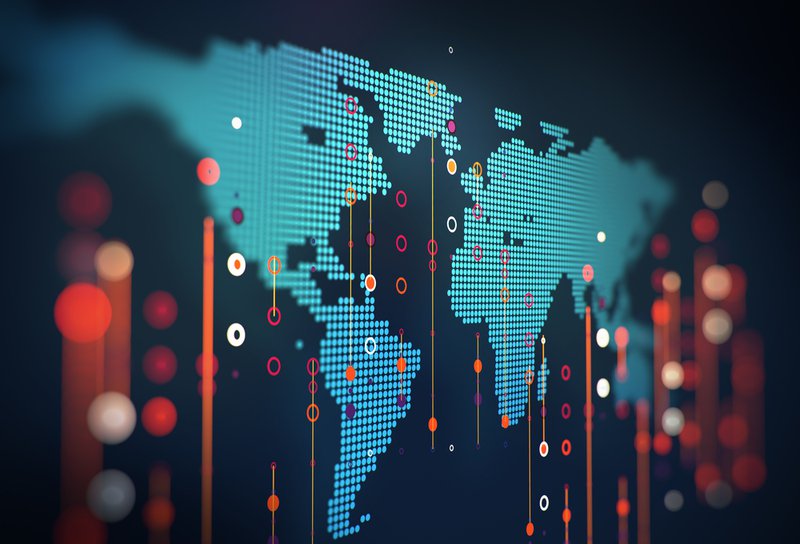 Data visualization has become so universal that we all probably know what it is—or at least know it when we see it: the vibrant illustrations that place complex data into digestible, aesthetically pleasing charts and graphs. Yet as companies, governments, and non-governmental organizations all hunt for new ways to visually communicate the issues they work on, it’s important to ask: Who might they be leaving behind?

Imagine that, instead of seeing data, you use one of your other senses. Instead of, say, seeing the difference between average recorded temperatures 10 years ago and today, you detect this difference via the distinction between two noises. While to many this idea may seem far-fetched, for individuals with visual impairments, it’s a familiar experience.

Indeed, turning quantitative data into a qualitative experience may be just what’s needed for those with a temporary or permanent loss of sight to navigate an increasingly graphics-heavy world. However, little research exists on how to accomplish this. Which is a shame: As our society’s appetite for more visually appealing and complex data grows, so should our efforts to be as inclusive as possible. It’s therefore important to bring visual representation in line with visual impairment.

You may be thinking that the intended purpose of data visualization goes directly against emphasizing non-visual elements, even for reasons of accessibility. But with the mounting opportunities provided by recent technologies—wearable technology that can allow users to tap into their other senses to understand data, for instance—now may be a ripe time to think about how the two can be used to elevate data visualization tools as a whole.

A 2016 report from the National Health Interview Survey estimated that 25.5 million adult Americans—or about 8 percent—reported either “having trouble” seeing when wearing glasses or contact lenses, or being completely unable to see. These numbers make it clear that visual impairments affect a meaningful portion of the population, and this, in turn, has significant implications for how information is communicated.

Using Instagram and Twitter, Amy Cesal, formerly a Technology and Innovation Fellow at the Consumer Financial Protection Bureau (CFPB), has, in recent years, become a pioneer of experimenting with data visualization and accessibility. Helping people think about data in three dimensions, Cesal’s mixed-media creations of Play-Doh and text, titled DayDohViz, uniquely cater both to those with visual impairments and to those without. Her work has also inspired statistics classrooms to use this feeling-centered data to enhancing learning.

“Color blindness is one of the first things many designers think about. [It] is a huge consideration, but [we should] go past just thinking about color blindness and think about contrast, or how a user with low vision might use the tab keys, and zoom features,” Cesal told me in an interview.

She also recommended using things like the extension Chrome Lens to help view some of these features, highlighting the need for designers to think about alt tags—or descriptive text that screen readers will say aloud, instead of just showing an image—and what actually makes a good alt tag for data visualization. Another suggestion of Cesal’s is using screen readers for testing the user experience of each design, which she says “doesn’t happen enough.”

These considerations have led Cesal to dive deeper into data visualization accessibility. After her work helping to implement the federal government’s 508 accessibility standards—which require agencies to provide individuals with disabilities equal access to electronic information—she began to explore the relationship between these standards and data visualization. This work ultimately led to the creation of the first data-visualization style guide for the federal government that addresses the use of alt tags and color contrast.

Crucially, accessibility is also about empathy. Cesal explained that understanding how someone might experience using a product or a data visualization tool is important and can be bolstered by the use of empathy prompts—specific replicated situations that people experience in the world, which offer a variety of perspectives on disabilities, placing the developer in the user’s shoes.

So, structurally speaking, how might we normalize accessibility in the creative process?

First, we can ask the simple question of whether or not data visualization is the best way to tell a particular story. If you’re trying to reach a specific audience, for instance, will this audience benefit from visually heavy data? If it is essential, consider the alternative ways in which an audience member who’s visually impaired could interpret the data. Offering an example to go with your visualization—an example that adheres to the federal government’s style guide—could serve as a key addition for those who are disabled. Online, alt tags are a popular option, but offline, you can take a cue from physical data visualization projects, such as a Stefanie Posavec and Miriam Quick’s 3-D-printed necklace or The Long Run’s time-based marble installation. These projects embody the future of data visualization, employing 3-D installations for the purpose of making data more inclusive.

A more consistent, structural approach to accessibility has the potential to create a more modern design process—one aligned with the population’s needs. Still, leaders in big data, though they’ve made strides in their design processes, have a long way to go in re-conceptualizing visual impairment as an opportunity to be embraced, as opposed to a defect to be overlooked.

This article was updated on Nov. 26.