Making It Work: A Closer Look at the Gig Economy 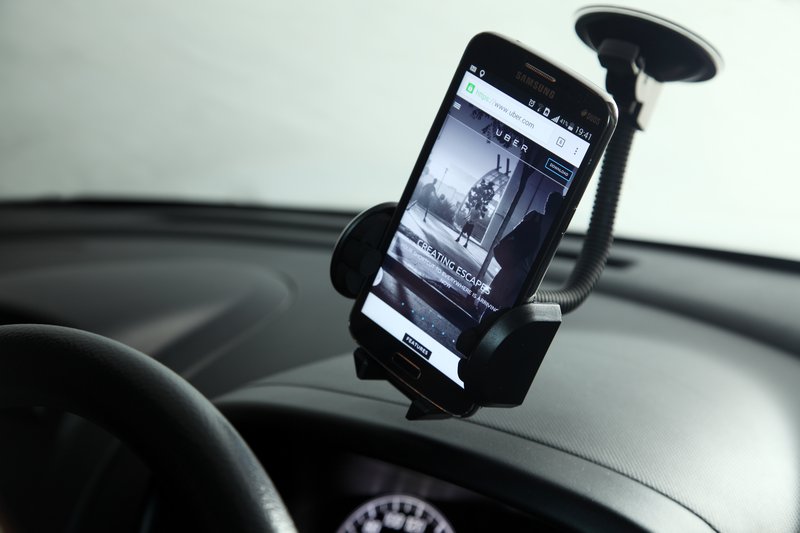 Perhaps no other issue currently in the public debate better knits these anxieties together than the rise of the so-called “gig economy.” 2015 has been a breakout year for the gig economy, which has been name-checked by the New York Times, Wall Street Journal, and even a few presidential candidates. But what is driving the surge in interest? What will this brave new world of work look like for the people in it? And what should policy makers do about it, if anything?

First, what does it mean? The term refers to a labor trend in which more Americans are making more of their livelihoods through some form of freelance or contract work. Working as a contractor does not have the hallmarks of the traditionally-defined employee-employer relationship, such as medical insurance or a 401(k), but it does offer flexibility and autonomy. This category of work is often arranged through companies like Uber, Postmates, or Washio, all of which are mobile app-fronted services that operate on both code and cheap human work hours to provide transportation, take-out, or dry cleaning on demand. TaskRabbit, Thumbtack, and Craigslist are platforms that provide less structured avenues of securing contract-based work.

The gig economy as we known it emerged post-financial crisis and is situated solidly within the digital economy. During the financial crisis, Americans who lost steadier jobs were out searching for new ways of making ends meet. Simultaneously, the Internet was blossoming into the economic engine of our time—the Internet now allows for even the most specialized consumer wants to be met with great efficiency and speed. At this time of financial need, the wide Internet marketplace also offered enterprising individuals the unprecedented ability to capitalize on their own hands, minds, things, and hours. Thus, the gig economy was born: Americans were able to turn a love of crafting into an Etsy side job, or access to a car into a job for Sidecar, Lyft, and Uber for a little extra money a month. The types of work might be familiar, but the innovation lies in the instant matching and dispatch of workers to opportunity. While freelance work had long been a feature of industries like photography, web development, and journalism, it now expanded rapidly into new sectors.

Thus, the benefit-less, contractor jobs that fill the gig economy are hardly new, and neither are the reasons for their appeal, which include low barriers to entry and flexibility of schedule. Consider, for example, that because driving isn’t capital-intensive and doesn’t require rapid, idiomatic English language skills, taxi driving has always been a good gateway opportunity for new immigrants. In the gig economy, driving for Uber will likely still appeal to this erstwhile cabbie. Now, it also might appeal to a mother seeking work compatible with the hours of primary child care. Side gigs to make extra money are old standbys for aspiring musicians and performers, and today, the gig economy can serve the same purpose for someone bootstrapping a startup or transitioning between jobs.

The gig economy works particularly well when it serves to complement full time employment. It provides a way for people to quickly respond to immediate or unplanned economic needs. If people use the gig economy to supplement their income, as a safety net of sorts, they are less likely to be concerned that freelance work lacks the perks of traditional employee-employer relationships like a 401(k). However, this is not the case for full-time freelancers.

How Big Is the Gig?

While the headlines make grand pronouncements about the gig economy, when asked to put numbers on the size or economic impact of the gig economy, even the experts are divided. Depending on how “participation” is defined, estimates for the number of Americans in the gig economy range from four to 40 million. While there’s a wealth of public interest, there’s a dearth of good data. It’s hard to know exactly how many people draw income from the gig economy, for what reasons, or what percent of their entire income these “gigs” constitute.

Much of the deliberation over the gig economy stems from these unknowns. How many people are in it, how much work are they doing, and how should these activities be categorized?

Perhaps the most pressing point, though, is whether the freelance work is becoming a dominant mode of work, rather than just a means of temporary or supplemental income. If it is, what will that mean for American society as a whole? These last questions were posited earlier this summer by Nick Hanauer and David Rolf, in an article entitled “Shared Security, Shared Growth.” The unlikely pair—one is a venture capitalist and the other is a union leader—argued, “Gone is the era of the lifetime career, let alone the lifelong job and the economic security that came with it, having been replaced by a new economy intent on recasting full-time employees into contractors, vendors, and temporary workers.”

At the moment, it appears that at least some of these questions will be decided by the courts. Uber is currently fighting a class action lawsuit, now in the 9th Circuit, brought by current and former drivers who say they were miscategorized as “contractors” rather than full-time employees. One of Uber’s arguments in the aforementioned lawsuit is that the company’s drivers are “too diverse” to constitute a single class or cause of action. The diversity of participants in the gig economy is what makes it new. It’s also what’s posing new challenges in gig economy policymaking.

Confronted with all this commotion over the gig economy, but in the absence of hard data, what’s a policymaker to do?

Currently, the most pressing need is for better data, be it from the Bureau of Labor Statistics, city governments, private companies, or think tanks. Better data might indicate that there are clear categories of workers within the gig economy, sorted by the number of hours worked, in what sectors, and by the percentage of total income earned from freelance work. Such information would then inform policy decisions, and the data could also help determine whether or not the rise of worker participation in the gig economy is being driven by worker preference and the desire for increased work flexibility, by a continued lack of high quality jobs, or perhaps by some mixture of both. Both the Federal Trade Commission and the Congress have launched working groups to discuss the so-called “sharing economy.” While such efforts should be renamed to reduce confusion (the sharing and gig economy are separate, if related, things), it is heartening to see increased policy attention in this area.

As always, there’s a tension between the need to regulate new industries in a manner that protects the public interest and the importance of allowing opportunity for innovation. Given the diversity of services, actors, and contexts that these services are operating in, there is likely no one-size-fits-all policy prescription for the gig economy. However, any proposed rules should adhere to a few key principles. First, the regulation should be proportional to the size of the activity. For example, a large company that facilitates gigs, e.g. Thumbtack or Uber, should have different responsibilities than does a solo entrepreneur on Etsy, and someone who draws their income exclusively from freelance activities should be treated differently from someone who merely pulls in a few extra dollars per month. Second, federal, state, and local governments must seek to inject transparency into the gig economy, and clarify clarify tax, insurance, and employee welfare obligations for firms that work with independent contractors.

The greatest policy development would be an increased regularity or open dialogue surrounding regulatory efforts. Right now, the ambiguous legal climate around the gig economy can hurt both firms and employees. There are some bright spots of local leadership in the gig economy. San Francisco recently launched a small business portal–while not specific to the gig economy, it does offer up great resources to people considering entrepreneurship, be it a tech startup or a bakery. Something similar but more tailored to the gig economy could have resources like user policy boilerplates, easy-to-use tax calculators, or tips on how to negotiate with insurers or build retirement savings. The Freelancer’s Union, based in Brooklyn, is a dues-collecting organization that provides some resources for the self-employed, in addition to operating an advocacy program around freelance and contract workers’ issues.

If freelancing is becoming a more common source of income, or if more employers across sectors use the contractor model to scale back their benefits offerings, then there may indeed be a strong case for the establishment of a social safety net or benefits regime that exists independently from employers.

Even in the pre-Uber age, full-time freelancers, the self-employed, and small business owners had to deal with these issues. Musicians and performers, for example, are generally paid in cash and per gig, and, lacking a regular income schedule or employer-matched savings incentives, may be less likely to divert money from immediate needs towards retirement accounts. Before the Affordable Care Act, finding health insurance was similarly difficult, and small business owners must still pay for their health insurance coverage upfront. One possible benefit of the rise of the gig economy, even with all of the issues it brings along, is that attention to the issues will rise, too, and, with it, strengthened contractor protection and recourse.

The gig economy can offer someone a set of economic opportunities they wouldn’t otherwise have, but oftentimes freelance work still cannot compare to the security of a full-time employer that provides retirement savings matching, child care, etc. Do we want to live in a society where the only forms of work available to an artist, freelance web developer, or primary caregiver are those jobs with no benefits? I doubt it.

And, ultimately, the future of the gig economy will be determined by what sort of society we decide we want to see. It will depend on both public and private participation, and perhaps a degree of old fashioned worker activism, to ensure that it continues to work for the benefit of Americans. The American economic narrative has always celebrated entrepreneurs. With the advent of the Internet, we may have reached the full realization of that ideal: Each and every individual with a smartphone and an idea can become his or her own small business.