For LGBTQ Students, School Closures Can Mean the Loss of a Critical Safe Space 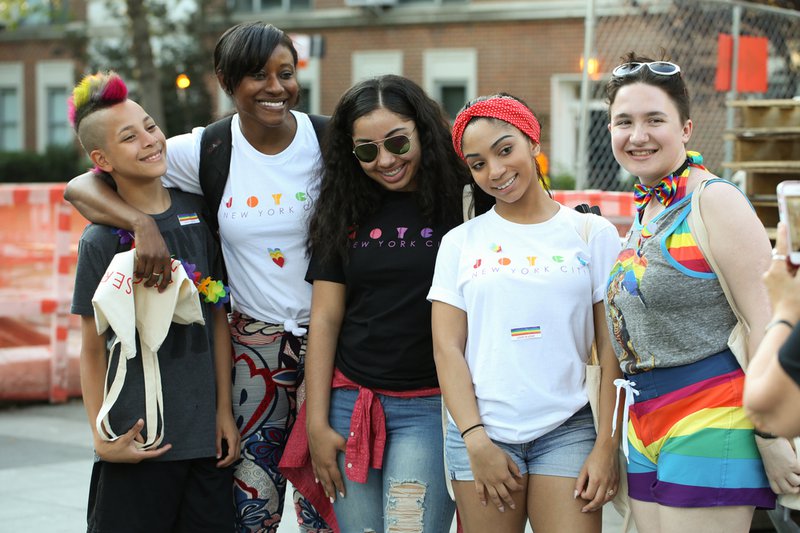 The age of COVID-19 has been one of superlative headlines, particularly in education: Emergency learning is too taxing, the homework gap is greater than ever, schools are undergoing the worst crisis of our lifetimes. We’re seeing entire segments of students boiled down to a single, generalizing narrative of hardship—but nearly two months into closures, we’re beginning to see evidence that this single narrative might not capture the whole picture.

Not being able to see friends and connect with teachers at school is difficult for most students. But for lesbian, gay, bisexual, transgender and queer students, for whom school might be the only safe place, it’s devastating. Research shows that the majority of LGBTQ students depend on key support at school, even—and especially—if they’re not publicly out. Groups like gay-straight alliances (GSAs), which are designed to be safe, supportive environments for LGBTQ students and their allies, are sometimes the only place where queer and trans students can safely be themselves. Without these opportunities to be heard, understood, and unwind from constant self-defense, the mental and physical health of many young LGBTQ people are at risk.

On the other hand, those who are privileged enough to be out at home and supported by their families might find school closures to be a welcome reprieve from the exhausting process of constantly explaining oneself to peers and teachers. For these students, home might be the safest place possible.

Ultimately, LGBTQ students, like all young people, need more than one place where they can be supported and be themselves, safely and authentically—particularly in times of increased emotional stress.

“Even though a lot of our students may be supported at home, it’s a different environment than it is with their peers,” said Matt Hamilton, a high school English teacher in Saline, Michigan who mentors LGBTQ students and advises a student-led social justice club. “Students need that space together to connect, regardless of what else they have going on.”

Teachers around the country are echoing this desire to intentionally check in with LGBTQ students, both to offer themselves as a resource and to provide that validating space. Unsurprisingly, the bulk of this work—which requires a significant amount of emotional labor, in addition to time and energy—is falling on LGBTQ teachers, who were more likely to be involved with GSAs before the closures. Teachers who are queer and trans themselves understand firsthand what it’s like to be parsing your own identity at a young age and can empathize with students struggling to continue this process in isolation, notes Victoria Thompson, a high school math teacher in Tacoma, Washington.

“As a Black, queer woman, it’s important to me to be a role model for my students that I didn’t have at their age,” said Thompson. “Identity is a social concept—it describes who we are in relation to something else. Social distancing is hard for anyone, but especially for those students navigating their identities at such a critical time in their self-development.”

Luckily, Zoom and other video conferencing services are allowing teachers to stay connected with students. While it can sometimes be tiring and performative (see: Zoom fatigue), Hamiton and Thompson both say video conferencing and other technologies have been a lifeline for them as they hold virtual GSA meetings and individual student check-ins.

For some students, however, this might not be a silver bullet. Luke is a high school sophomore in Chicago, Illinois, where, long before the pandemic had begun, he’d transitioned between schools in search of one equipped to support him.

“I've had to deal with being queer and disabled in environments that don't know how to adapt their teaching to best serve different students,” he said. “Academically, I've been doing well [at my current school], but it's very difficult not having peers and not being able to avoid people who are transphobic at such a small school.”

Now, during the closures, Luke’s school relies heavily on video conferencing platforms for remote instruction—which presents its own challenges.

“Online learning is very difficult because I struggle with ADHD and hearing loss,” he said. “Closed captioning on video calls is unreliable, and trying to figure out what everyone is saying during online class is tiring.”

While we don’t often see stories like Luke’s in headlines, he’s not alone. School closures and social distancing present nuanced and evolving challenges, particularly for those working through multiple, complicated issues of identity and self-actualization. As such, they throw into sharp relief a key trend for students with multiple marginalized identities: The privileges they held before the pandemic—being out publicly, having family and school support, having a roof over their heads—are determining the degree to which they’re impacted now.

Nearly 30 years ago, when the AIDs epidemic first entered the American consciousness, there was one, demonizing narrative of queer people. Today, thanks to increasing overall acceptance of LGBTQ folks, the average coming-out age is younger than it’s ever been. Many young queer and trans people are experiencing trauma along with that process—trauma that, in many cases, is being exacerbated by the COVID-19 crisis. Supporting these students means recognizing the nuances in their experiences and identities, and creating space for the complicated reality not often captured in headlines.