Killing the Bard and the Bang 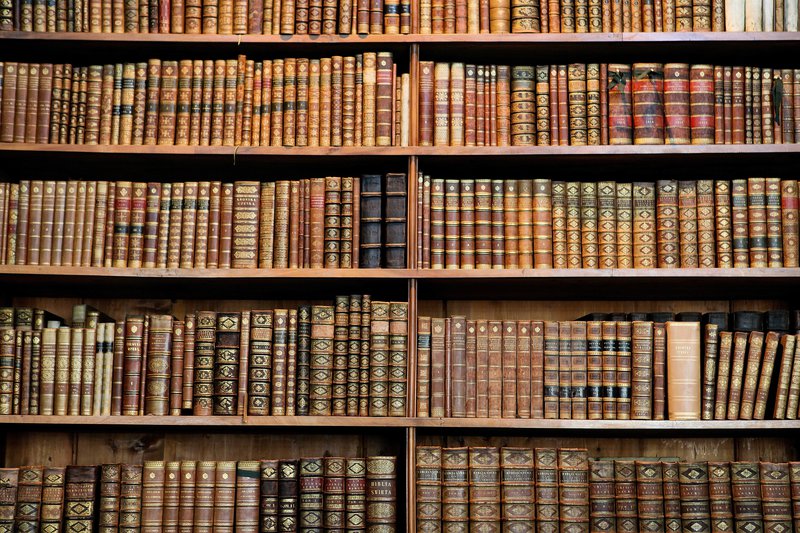 Don’t worry. This isn’t another overwrought defense of the humanities.

If you’re in the market for one of those, you won’t have to look far. They abound in print and on the web, in blogs and newspapers: despairing and damning, raging and resigned, pretentious and painfully earnest by turns.

[Earnest, a. Zealous with sincerity; with hearty endeavor; – used in a good sense; as, earnest prayers.]

It has become a given in higher education and among its anxious observers that the humanities are slowly sliding into the abyss of the obsolete. Although overblown statistics are frequently used to prop up panicky claims that No one is studying philosophy anymore!, enrolment in humanities courses remains steady. It’s our political discourse around them that has changed. A wave of op-eds and columns bemoan the continuing presence of humanities departments, and policymakers shout that we don’t need any more anthropologists. Meanwhile, STEM has become a holy acronym. The Obama administration has set a goal of preparing more than 100,000 effective STEM teachers in the next 10 years and graduating an additional 1 million more STEM majors.

In reaction, the humanities’ white knights have reached for their mighty pens, producing some truly excellent and heartfelt defenses of the field, as well as a few terrible ones, several claiming that the humanities are their own defense, and some—like this bombastic Terry Eagleton essay, turgid with pomposity, whose arguments must be sifted out from a mass of high-nosed ostentation—that make half-decent points while simultaneously reinforcing all the worst impressions of the humanities.

I, humanities degrees in hand, have this to offer: Both sides are missing the full picture.

In their rush to prevent the quiet disappearance of literature and languages, philosophy and the arts, poetics and musicology from college course offerings across the country, the champions of the humanities have failed to realize that the humanities are not the true target.

Everywhere, exploration for its own sake is under siege.

[Explore, v.t. From Latin, explorare: ex out + plorare to cry out aloud.
To search through or into; to examine thoroughly; as, to explore new countries or seas; to explore the depths of science.
To strive to attain by search; to look wisely and carefully for. Obsolete.]

When details of this week’s new budget deal emerge, expect to see some worried scientists. NASA’s budget has decreased by more than $2.7 billion over the past half-decade, holding steady for the past few years at around 0.5% of the federal budget (in 1966, at the height of the space race, it was 4.4%). But the pressures on science research aren’t only budgetary. Two years ago, the Chairman of the Committee on Science, Space, and Technology, Lamar Smith (R-TX), spearheaded a campaign to involve Congress in the peer-review process of the National Science Foundation, which he claimed was “wasting” taxpayer dollars on frivolous studies.

These “frivolous” studies are inquiries that don’t have a specific goal in mind. They’re not trying to isolate one gene that may or may not cause a predisposition for ovarian cancer. They are trying to discover Earth-like planets thousands of light-years away. They are investigating the trade of textiles in the Viking era. They are pursuing knowledge for the sake of knowledge and experience for the sake of experience.

Some might argue that that’s also an accurate mission statement for the humanities, a field dedicated to the exploration of cultural output and of culture itself. Just as atomic physicists are atoms studying themselves, English professors are culture critiquing itself—not in pursuit of a specific object, but because civilized achievement cannot proceed, unexamined, only along the moving walkway of goal-oriented scientific endeavor.

And yet, no matter how articulate, attempts to argue that the humanities are worthwhile based on appeals to cultural richness, personal depth, or a self-reflective society tend to sound “mushy” or “fluffy.” (As do the—eminently reasonable, but perhaps naïve—linguistic arguments pointing out that “humanities” comes from “humanity,” i.e., that which makes us uniquely human.) After all, it’s hard to convince a budget hawk that studying Lolita will equip you to benefit the world just as well as studying Java and Python will. Recognizing this, humanities supporters have tried economic and civic justifications of their chosen field of study, which sound just as enthusiastic as you’d expect, and tend to ring false.

[Justify, v.t. To vindicate; to maintain or defend as conformable to law, right, justice, propriety, or duty. Or: To pronounce free from guilt or blame; to declare or prove to have done that which is just, right, proper.]

These justifications, half-baked though they are, are at least an indication that humanities supporters have recognized that their cherished field isn’t really the problem. The sustained denigration of the humanities and the fixation on STEM fields is an obsession with tangible, knowable benefit, with instant gratification, with short-term, short-sighted gain—and that’s an obsession that affects not just anthropology, but also astronomy. Consider two quotes, from two sets of remarks given by President Obama in the past fortnight, one at In Performance at the White House, and one at the White House’s Astronomy Night:

“We’ve got to… do our part to ensure that the American creative spirit that has defined us from the very beginning will thrive for generations to come.”

“We just got [sic] to keep on encouraging every new generation to explore, and invent, and create, and discover.”

You can probably work out which quote came from which event, but you might have to think about it. And yet that similarity—the fragile but inescapable truth that both musical performance and astronomy are forms of exploration—was completely obliterated in context. At In Performance, the President spoke about how American music reflects American identity. At Astronomy Night, he used his remarks to recap what his administration has done (and continues to do) to encourage young people to enter STEM fields.

The President isn’t at fault; it seems only natural to approach astronomy and lyric-writing as different endeavors, with different aims and different rewards. The problem is that both space exploration (as well as all other undirected scientific inquiry) and the humanities are in danger, and the conceptual line we draw between them is obscuring the fact that it’s the same danger, and that it comes from the same source: a cleaving to market-determined value and a desire for immediate return on investment.

We could argue about whether that desire is a consequence of the instant-news environment, the Great Recession and the economic pressures of globalization, or the myopia resulting from the need for political wins. But regardless of the reason, the humanities needs to recognize that it’s not alone in its lifeboat as it is cast off as ballast from the great ship of Technological Progress; and it should direct its efforts not towards convincing politicians that studying Aristotle will produce the next advance in nanotech body armor for Marines (spoiler alert: it won’t), but that undirected study has resulted in great leaps of understanding and thought that place us on a new conceptual plane from which we are able to open new modes of inquiry—ones that are goal-oriented.

[Goal, n. The final purpose or aim; the place at which a race or a journey is to end.]

I haven’t lived in Washington quite long enough to become entirely cynical, and if you believe the humanities’ critics, anyone with two degrees in English literature must be un-pitiably idealistic in the first place. So I don’t believe that the disparagement of undirected exploration is willfully malevolent—only misguided. True, it comes from a short-sightedness, perhaps even a selfishness that can’t see past the potential for immediate benefit. But, if so, it’s selfishness in its most magnanimous incarnation, the one that ignites a desire to see ourselves and the fellows with whom we share a world take at least one – one visible, one tangible – step along the glowing line of human progress.

Okay, so maybe that was a little overwrought. But you could argue—I would, anyway—that it’s exploration for its own sake, through literature or anthropology or art or the stars themselves, that makes that line glow in the first place.