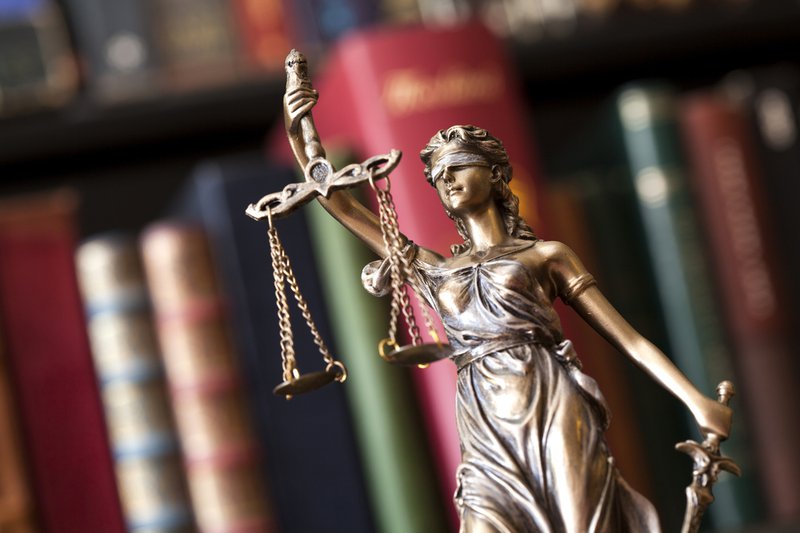 You can probably identify with the anxiety that settles in your gut after you’ve given your all in a dream job interview. You patiently wait for a follow-up phone call or email informing you that you’re more than qualified for the position and can start right away! Unfortunately, if you’re one of the 66 nominees selected by President Obama, currently awaiting confirmation to serve in America’s judicial system, you could be twiddling your thumbs around for an indefinite amount of time.

By now, most Americans are aware of the unprecedented situation surrounding the current vacancy on the Supreme Court. The recent death of Justice Antonin Scalia obligated President Obama to nominate a qualified individual to be considered for a lifetime position on the Supreme Court. Despite their constitutional responsibility to “advise and consent” on judicial nominations, Senate Republicans are refusing to hold hearings on the President’s nominee to the Supreme Court, Merrick Garland. What many Americans may not know, however, is that this is just the latest episode in an ongoing and deliberate strategy to deny a sitting president his constitutional right to fill federal court vacancies. This intransience has created a series of national judicial emergencies throughout the country due to the slow pace of Senate confirmations to district and appellate courts. And, as Lena Zwarensteyn, Director of Strategic Engagement at the American Consitution society explained in an interview, "When it takes an extremely long time to get a day in court, people can get very frustrated by the judicial process. People understand that our courts are essential to the functioning of our government and are the means by which people in America can seek justice, but our federal judicial system is not able to fully function without proper staffing." With an overwhelming number of vacancies within the lower courts, the ability of all Americans to secure justice is jeopardized—but if these positions are filled with men and women who reflect American diversity as it is in 2016, there is a chance for a wider field of judicial interpretation and cognizance than ever before in our country's history.

The fact is that a vast majority of American citizens rely on district and appellate courts to secure justice, because of the way our justice system is structured: In 2015, the Supreme Court heard only 74 cases, in comparison to the 30,000 heard by the appellate courts and 400,000 heard by the district courts. For cases not taken up by the Supreme Court, district and appellate courts rule definitively on many of the most prevalent issues in today’s society, including police brutality, challenges to government power, and environmental litigation. However, the ability of lower courts to discharge their duties is severely impaired by the staggering number of vacancies that sitting Senators have refused to fill.

According to data from the Alliance for Justice (AFJ), there are currently 79 judicial vacancies, 65 of which are in district courts and nine of which are in appellate courts. Last week, one nominee, Waverly Crenshaw, was finally confirmed by the Senate to fill a Tennessee district court vacancy. Despite strong support from both his home state senators and approval by the Judicial Committee, Judge Crenshaw waited nearly a year and a half for a vote from the full Senate. Given that he was ultimately confirmed 92-0, it’s clear that the cause of this delay was not related to his qualifications or fitness to serve. Though a new president will not take office for another nine months, many believe that Judge Crenshaw may very well be the last judicial confirmation of the Obama administration.

This new status quo of protracted judicial vacancies and obstructed confirmations is unconstitutional and should not go unchallenged. Indeed, if Congress chooses to act, the crisis of judicial vacancies could become an extraordinary opportunity to diversify the federal judiciary. Prior to the Obama administration, appointees to the federal courts were overwhelmingly white, straight, and male. A recent report from AFJ, entitled Broadening the Bench: Professional Diversity and Judicial Nominations, highlights the demographic diversity that has expanded in federal courts under Obama’s administration. In total, President Obama has nominated 117 federal judges from underrepresented demographic groups—women, people of color, and members of the LGBTQ community. These nominations are not just superficial victories for equal representation—having a diverse federal judiciary that includes a range of different perspectives will create opportunities for more informed rulings in certain cases. For example, a judge of color or a female judge, it could be argued, will likely bring a more nuanced perspective to a case involving allegations of racist or sexist harassment, respectively.

While the AFJ report praises the Obama administration’s efforts to increase the demographic diversity of our judiciary, the authors call for a new emphasis on professional diversity in federal courts. To illustrate the importance of this issue, the report highlights characteristics of President Obama’s judicial nominees, since the Republicans took control of the Senate in January:

These judicial nominees represent a very narrow range of professional experiences, which certainly informs their views and interpretations of the law. This is not to say that justice cannot be served by any, if not all, of these individuals. However, the presence of unconscious bias may not always have a blind eye in considering the views of each litigant before them. Federal judges are human, and can be limited due to their personal identity and life experiences. The next presidential administration can make professional diversity in the judiciary a reality by prioritizing the nomination of individuals with diverse legal backgrounds, like former public defender Paula Xinis of Maryland. However, ensuring any kind of diversity in the federal judiciary will remain impossible if the Senate refuses to confirm nominees—President Obama nominated Ms. Xinis around the same time he nominated Judge Crenshaw, nearly a year and a half ago.

The crisis of judicial vacancies is an exceptional attack on our constitutional democracy, but so, too, does it highlight an exceptional opportunity to make our courts as diverse as our country. Our next president needs to nominate qualified individuals with diverse demographic and professional backgrounds that reflect the interests and issues of every American. Our senators need to fulfill their constitutional obligations to provide their advice and consent, not partisan acrimony and obstructionism on judicial nominees. All Americans who are concerned about the well-being of our democracy should demand that our presidential candidates commit to the continued expansion of professional and demographic diversity in the federal judiciary and that their senators commit to quick and thoughtful confirmations for judicial nominees. It’s time, it’s past time, to put the interview candidates at ease. To call them in and let them start doing their jobs.