ISIS Has a Forgotten History of War on the Water 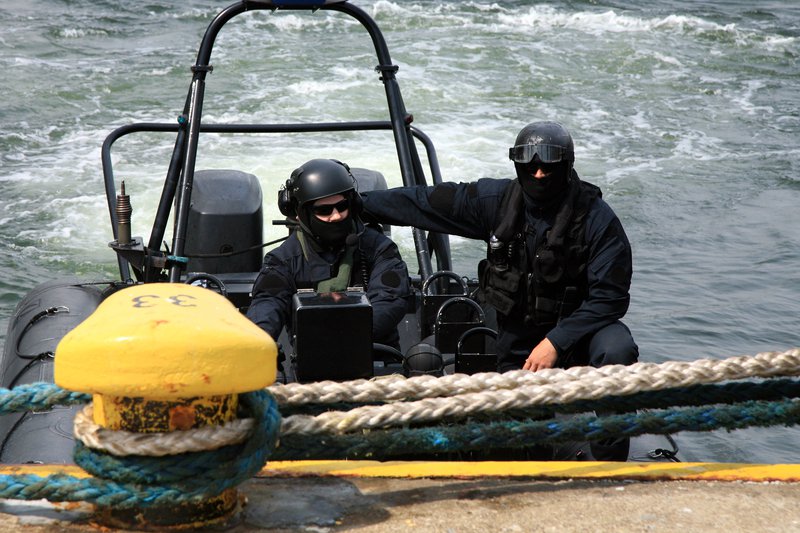 As ISIS spreads through the Middle East, analysts painstakingly map its control over each square mile of land. Yet ISIS’ activity along the coasts of the territories where it is active and on the rivers that snake their way through Syria and Iraq is a story told only in fragments. Too often, the long history of such attacks is lost, along with the stories of those who perished as a result. Previous attacks are forgotten or told as isolated incidents, instead of recognized as part of a pattern.

A fireball engulfed the vessel against the blue field of the Mediterranean Sea—followed by a billowing plume of smoke rising from the burning ship.

So depicted the images released on July 16, 2015 by ISIS’ Sinai Province, when it claimed to have destroyed the ship with a missile. The New York Times reported the attack as a shock, writing: “The attack on Thursday appeared to be the first on a naval vessel claimed by Sinai Province.”

Lost in how the New York Times and other media outlets presented the destruction was the rich history of how terrorist groups have consistently used coastal spaces as a site of violence in the region.

Only two paragraphs down in the same Times account, for instance, the author mentions another unclaimed attack on an Egyptian navy ship in November 2014, where attackers hijacked the vessel and the Egyptian Air Force bombed it, killing everyone aboard.

This November 2014 attack, which merits a mere aside by the New York Times, is hardly the only act of violence to challenge the notion that ISIS is absent from Sinai’s coasts. Chris Rawley, a civilian counter-terrorism planner at US Special Operations Command’s Interagency Task Force and a surface warfare officer in the United States Navy Reserve, asserts that Islamist militants have launched at least five attacks in Egyptian waters since 2012. These include three RPG attacks on commercial shipping interests that look eerily similar to July’s scene of destruction. Al Furqaan Brigades, a group likely now under ISIS’ affiliate in Sinai, claimed the RPG attacks Rawley identified.

Going further back, we find an even more important example of a naval attack by ISIS in the area that failed to leave a lasting impression. In 2005, Al Qaeda in Iraq—the group from which ISIS was born—launched rockets at American naval vessels in the ports of Aqaba and Eilat, the Jordanian and Israeli port cities that sit on the Gulf of Aqaba the body of water separating Sinai’s eastern coast from the Arabian Peninsula.

“…the film is at turns terrifying and hilarious.”

So read a Vocativ post in April on a new ISIS propaganda video purportedly showing a commando unit that utilizes the Tigris River to stage surprise attacks. “Just looking at the way they moved, the way they held their weapons, made me laugh,” said James Dever, a retired Marine Corps sergeant major.

Laughter likely was not the mood in the Iraqi village of Dhuluiya in early September 2014. where ISIS launched major attacks and destroyed the only remaining bridge using boat-borne IEDs. The battles on the river in September were not unique. Dhuluiya had faced ISIS attacks from gunboats in July 2014.

Nor was laughter the mood in January 2015 when under the cover of fog, ISIS forces crossed the river Zab in small boats and surprised Kurdish forces at the town of Gwer. In what was one of the deadliest days for them since the summer of 2014, 24 members of the Kurdish security forces were killed and future efforts for the Kurds to retake territory were jeopardized. The attack in Gwer was foreshadowed in June 2014 when ISIS used assaults across the river Zab as part of a complex double envelopment maneuver.

It is true most of the war is taking place on land, where the people who will decide Iraq’s fate through their political decisions live. But ISIS and the Iraqi insurgents have long used Iraq’s rivers as zones of combat and lines of communication, so they are not—by any stretch—a laughing matter.

An overview of battles in Iraq reveals several instances in which ISIS has attempted to use Iraq’s rivers as sites of battle. In May 2015, Iraq’s federal police claimed to have bombed two boats belonging to ISIS trying to enter Tikrit from the al-Mahzm area. In April, the chairman of the al-Baghdadi district in Anbar province announced that security forces had destroyed four boats after ISIS attempted to use them to sneak into district from across the Euphrates River. On February 28, “Popular Mobilization” forces reportedly sunk an ISIS boat conducting reconnaissance on the Euphrates River between Jurf al-Sakhar and Amiriyat al-Fallujah.

Moving further back in time simply reveals even more examples of ISIS’ attempts to use Iraq’s rivers to stage attacks, transport weapons and explosives, or enter enemy territory undetected.

These repeated incidents on Iraq’s rivers may not be central to ISIS and its predecessors’ war efforts, but historians and experts recognize their important roles in furthering the group’s grander strategic aims. In her military history of the surge, for instance, Kimberly Kagan notes that AQI “operated almost freely in a pendulum-like arc south of Baghdad, swinging from the Euphrates to the Tigris.” She identifies the role of boats in AQI’s operations writing “They traveled southeast along the Euphrates River, often by boat, from Fallujah to Sadr al Yusufiya” Today’s Iraqi insurgents continue to use the same tactics.

So wrote the House Armed Services Committee in its report on the attack on the USS Cole in October 2000. No evaluation of the role of water combat in the execution of jihadist violence would be complete without an acknowledgment of this attack, in which Al Qaeda approached the ship, which sat in a Yemeni port, from the water in a small craft laden with explosives. The attackers blew a gaping hole in the hull, killing 17 people.

As with the other cases examined here, the USS Cole was not an isolated incident. According to the charge sheet the United States filed against Abd al-Rahim al Nashiri accusing him of plotting the attack, the USS Sullivan was targeted by an explosive-laden boat launched from Aden’s harbor in January 2000 in an initial version of the plot. The cell, which was in communication with Osama bin Laden and Al Qaeda’s core leadership continued plotting after the Cole bombing culminating in another attack on the French supertanker MV Limburg that killed one crew member and wounded twelve others.

Even earlier, in 1998 the FBI had received a warning regarding plotting for a rocket attack on American warships in Yemen. The warning not only foreshadowed the attack on the USS Cole but also the type of rocket attack that ISIS conducted 17 years later off the coast of Sinai.

As the United States continues to commit to fighting ISIS and its affiliates across the Middle East and North Africa, it must pay attention not just to the group’s activity on land but how it utilizes coasts and rivers. Failure to do so will cost lives—given the incidents in which ISIS, its affiliates, and previous jihadist groups have taken advantage of rivers and coasts, it likely already has.