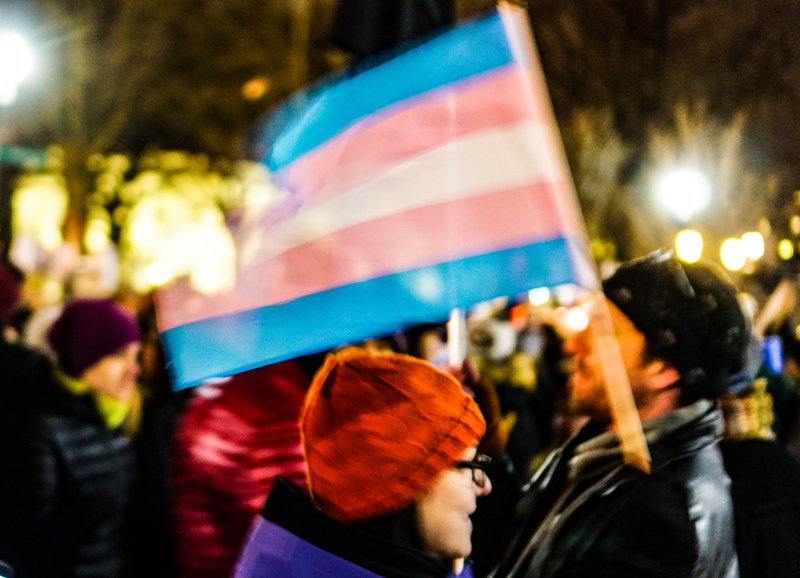 Not only have we begun Women’s History Month, but we have also just finished honoring International Women’s Day—and by going on strike. The National Women’s Liberation and organizers of the Women’s marches—the groups that filled the streets with protesters in cities and towns around the globe in January after the inauguration of Donald J. Trump as president—called for women to strike on March 8. The idea was to call attention to the value of what for so long has been undervalued and derided as “women’s work.”

That’s the paid work of teaching, caregiving, social work, nursing, and other professions that are seen as “feminine” and, as a result, are undervalued and underpaid—except, as one disturbing study found, when men enter the field. That’s also the paid work that women do who are the equal of their male colleagues in every way—skill, experience, specialty, hours worked—except for what they earn, Harvard economist Claudia Goldin has found.

But the strike was also to honor the unpaid and often invisible “women’s work” of caring for others, raising children, easing the lives of elderly parents, looking after friends and family, volunteering to keep communities cohesive, and being responsible for creating that almost sacred refuge from the busy and taxing world we call “home.”

It is that unpaid and critical work that extends most women’s work days, particularly for single mothers, far beyond that of men, time studies show. It is why women have required both flexibility and schedule control to thrive—something that many companies give lip service to, but stigmatize in favor of the “ideal worker” who is always available. One revealing study of academics show that, while both male and female professors worked the same number of hours on the job, the women put in as much as twice as many hours on housework and caregiving chores at home. That’s physically and mentally exhausting. In order to just survive, not necessarily thrive, at work, the professors cut back on the one area that requires the most bandwidth, concentration, and uninterrupted time: research. That’s also the one area where academics earn power, prestige, promotions, and higher pay. Women academics, too, were expected to put in more time in the equivalent of feminized care work—the undervalued areas of teaching, mentoring, and service.

Calling attention to this discrimination—because that’s what it is—is timely and important: The United States is alone among the advanced economies for failing to provide paid parental leave. The cost of child care is so exorbitant and shouldered primarily by families alone that some women drop out of the labor force because they can’t afford it. And even though the cost is so high for families, the patchwork system limps along only because it relies on the caregivers, largely women of color, to accept poverty wages: Half of all early care and learning teachers earn so little they qualified for some form of financial assistance like food stamps or Medicaid.

The new Trump administration is the first GOP administration to publicly call for public policy solutions, and it should be lauded for that. Yet what Trump promised as a candidate isn’t at all adequate for the task at hand. Trump has promised paid maternity leave of six weeks—an idea that was rejected in the United States as far back as 1978 because it would only reinforce these powerful gender roles and keep women at a disadvantage—and child care tax deductions that favor the wealthy and do nothing to improve the availability or quality of care, nor raise teacher salaries.

To remember International Women’s Day and to continue Women’s History Month, the New America Weekly is dedicating this issue, as well as individual pieces in the weeks ahead, to exploring issues of fairness, feminism, and the female experience in a shifting world.  In a fascinating piece on big data, Manuela Ekowo shows how colleges are using predictive analytics to improve the odds that students will achieve, particularly women of color. Zuzana Boehmova looks at which women are actually able to participate in the Women's Strike, and addresses how, for caregivers, striking might not have been an option.  New America President and CEO Anne-Marie Slaughter writes about the connection between representational democracy and intersectional feminism—the important recognition that race, gender, class, ability, and ethnicity shape the experience of women. Elizabeth Weingarten, director of the Global Gender Parity Initiative, looks at the recent sexual harassment scandal that erupted at Uber and explores how we could change norms so that, rather than accepted or tolerated, such behavior becomes immediately questioned and reflexively condemned. Chloe Safier writes about how "feminizing" those who oppose the Trump administration, calling them “erratic,” “out of control,” “overly emotional,” “reactive,” “weak,” and “needy,” perpetuates demeaning and dangerous misogynist language and attitudes.  In light of the Trump administration’s roll back of transgender rights, and the Supreme Court’s decision not to take up a landmark case, Charlotte Lee looks at how the fault lines of trans activism are being redrawn, particularly for trans women.

There is much work yet to do to create fair, just, egalitarian societies that take full advantage of all human capital, ideas and innovation at work, recognize that healthy, stable and well-treated workers do better work, and to ensure that all people have time for full lives outside of work. The latest World Economic Forum’s Global Gender Gap report notes that, given current trends, the overall gap could be closed in 83 years in 107 countries.

That’s simply too long to wait.