How to Get to Zero AIDS Deaths: Bring in the Men 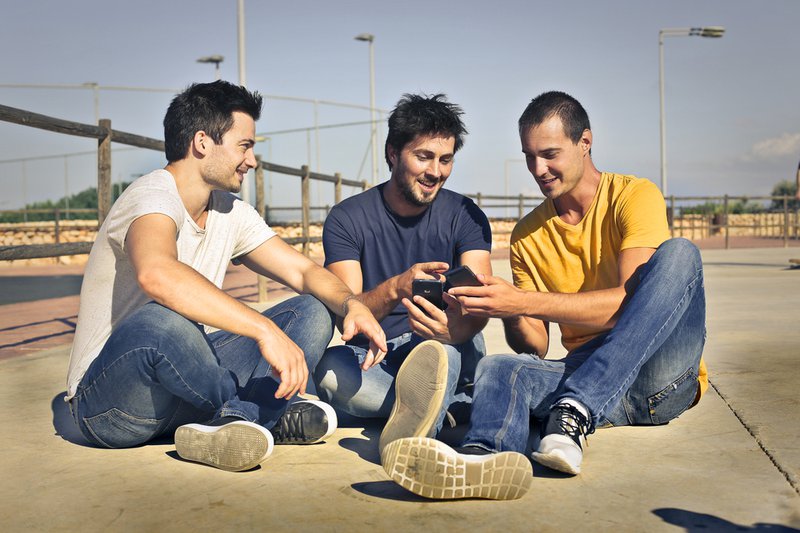 I once worked on one of the frontlines of AIDS in Brazil: with youth living on the streets. Sexual exploitation, lack of condoms, and their general life conditions meant that they had high rates of HIV. As many as one in ten of the youth we worked with in Rio de Janeiro were HIV-positive. Sharing the results of a positive HIV test with a young person living on the streets back then was harrowing.

That was twenty years ago. At the time, Brazil was a global leader in its early efforts to roll out testing and treatment for pregnant women, but the epidemic was far from under control. Elsewhere in the world, we had the denial of HIV in the mid-1990s (in South Africa, among others places), and then we had U.S. government policies under the George H. W. Bush administration that advocated abstinence over condom use, in spite of all the evidence that abstinence-only education has never worked.

We’ve had a revolution in HIV/AIDS since then.

We have vastly improved the medical treatment of HIV, prolonging lives. Proving naysayers wrong, we massively scaled up the access to such drugs. The expansion of AIDS treatment (ART) in Eastern and Southern Africa—the regions hit hardest by the disease—is particularly impressive, with 8.1 million people, or 44% of all people living with HIV, on treatment as of 2014.

With such advances, we are now talking about the possibility of an AIDS-free world. The recently-approved Sustainable Development Goals propose ending deaths from HIV/AIDS by 2030. This will be no small task: In 2014, there were an estimated 1.2 million AIDS-related deaths, with nearly 60% of those in sub-Saharan Africa. We’ve got a ways to go.

But we can get there.

For years, our focus in the HIV/AIDS field has been, as it was when I worked with youth on the streets in Brazil, on women and girls. And with good reason. Women are the majority of new HIV infections and women can pass the disease to their newborn children. Women are more likely to be infected at younger ages. They too often face violence and exploitation by male partners, including sexual violence, all of which increase vulnerability to HIV.

But if we want to get to zero AIDS deaths by 2030, we need to bring in men. Around the world, men are 60% of AIDS deaths. Men are far less likely than women to know their HIV status and to seek treatment. The U.S. Centers for Disease Control (CDC) recently analyzed more than 750,000 medical records of patients receiving AIDS treatment in 12 of the hardest-hit countries. In all but one of the countries, men—as a proportion of the HIV-infected populations in their countries—were far less likely to be on treatment.

In sub-Saharan Africa, men are only a third of those receiving ART; in other words, women are twice as likely as men to be getting treatment for AIDS. Even when men come for testing, they start treatment later than women, are less likely to adhere to treatment correctly, and are dying earlier from AIDS-related complications.

In the U.S., the biggest challenge in HIV is also with men. Gay, bisexual, and other men who have sex with men (MSM) account for nearly two-thirds of new HIV infections. Young MSM and young black MSM are particularly at risk. And while testing and treatment have been widely available in the U.S., an estimated one in eight of HIV-positive persons in the U.S. are not aware of their status.

For many working in the HIV and public health field, it is difficult to think about men as vulnerable. Many of us have spent careers working to empower women and protect them from the behaviors of some men. But it is clear that if we are to reach zero AIDS deaths, we have to change the underlying norms that drive men’s resistance to seeking treatment and their unsafe sexual practices.

Men are notoriously poor at self-care. Globally most men think of their bodies as invincible. Social norms that equate manhood with toughness, invincibility, and lack of condom use, and stigma related to sexual encounters between men all serve to create a perfect storm that perpetuates men’s silence—whether in heterosexual or same-sex relationships—about their HIV status.

The next phase in the AIDS revolution is not just making treatment more accessible. It is nothing less than changing ideas about what it means to be a man and how men treat their bodies. The good news is that we know much about what works.

First, we need targeted services for specific groups of vulnerable men. An example of this is La Clinica del Pueblo, in Washington, D.C., which operates a specialized clinic for high-risk populations, namely gay and bisexual Latino men and male to female (MTF) transgender (TG) Latinas, as well as heterosexual immigrant men and women. La Clinica operates ¡Empodérate!, a Spanish-speaking drop-in safe space for young Latino MSM and TG women in the region. They combine testing with multi-needs counseling and legal support, and they create a clinic space that embraces sexual diversity. Such approaches have worked around the world and need to be scaled up.

Second, we need to scale up evidence-based approaches for changing social norms. Community-based programs like Sonke’s One Man Can in South Africa have shown success by using community health promoters to talk to men, to question rigid norms about manhood and encourage men to go for HIV testing. Similarly, in Brazil and other countries, Promundo’s Program H uses group education and youth-led community outreach with young men—and young women—to question ideas that equate manhood with risk-taking. Studies have shown the program leads to reductions in sexual risk-taking.

Third, we need to build on the success of women-focused health spaces. In the case of HIV, prenatal services have epitomized that success, and they may be key for men as well. Since 2007, Brazil’s health ministry has been inviting men to accompany their pregnant partners for prenatal visits. Pregnant women are asked if they want to include their male partner, and if so, he is invited to join her. Then, he is invited to come back for a full check-up for himself, including getting tested for HIV. The program has achieved rates of up to 80 percent of expectant fathers coming in for a check-up and getting tested for HIV.

The promise of an AIDS-free world is reachable. But to achieve it, we must focus our efforts on convincing men to get tested for HIV and to come in for treatment. We can only do that if we also challenge the norms and attitudes that keep men away from the health services they need, and that encourage their risky behavior.

We need men to achieve an AIDS-free world, and men need the help.