How the Federal Trade Commission Can Regain Public Trust 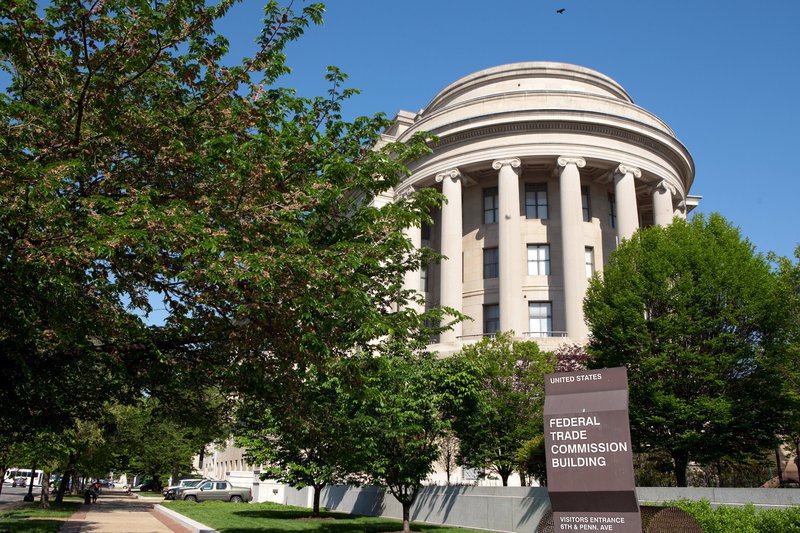 Beginning last fall and continuing into the new year, the Federal Trade Commission (FTC) has embarked on a series of Hearings on Competition and Consumer Protection in the 21st Century. To date, there’ve been nine hearings, each spanning two or three days. The harms technology presents to consumers have taken center stage during the hearings, with much debate centering on issues like consumer privacy, data security, and the risks platforms pose to competition. Indeed, the hearings stem from a problem that’s been brewing for years: Companies have repeatedly shown that they’re not up to the task of self-regulation.

And yet, while it’s certainly good that the FTC wants to be more accountable and transparent, convening a series of public hearings won’t be enough—at least, not if they don’t get at the deeper question of whether, and how, to regulate today’s towering tech companies.

Understanding the scope and stakes of the hearings requires taking a zoomed-out look at the current tech-company landscape. Importantly, the hearings take place against a context of growing public outcry directed both at tech giants for violating consumer trust and at government agencies for a perceived lack of enforcement. A recent survey, for instance, shows that 80 percent of consumers agree that government regulation of new technologies is crucial for consumer protection—but 70 percent believe that the government is ineffective at ensuring fair use of their data.

As the primary government agency charged with enforcing privacy regulations, the FTC is not exempt from these accusations.

On the one hand, the hearings are a commendable move, as others in the antitrust community, like Howard Shelanski, have noted. Above all, the hearings represent an effort to reconcile three public frustrations with the agency: that it hasn’t been too successful at curbing anti-consumer behavior, that U.S. consumer protection and competition enforcement are less aggressive compared to E.U. enforcement, and that recent antitrust enforcement has been too lax.

But despite that, merely convening a public forum to debate the agency’s enforcement record has critical limitations. This is especially true when you consider that the experts invited to the hearings frequently disagree on whether there’s a problem with the FTC’s record and tools in the first place. In particular, the FTC has given a platform to a diverse crowd of practitioners, academics, economists, industry representatives, and public-interest advocates who have offered drastically different perspectives on whether the collection of data without a user’s consent even constitutes harm, the extent to which consumer data poses an antitrust problem, and if consumers even want privacy and data security. While regulating new technologies is certainly complex and tricky, the public likely isn’t reassured by the lack of consensus on seemingly indisputable problems, particularly when the harms they’re experiencing are both real and urgent.

Let’s take, as one example, the debate at the first hearing over the agency’s role in privacy regulation. In the fallout over the Cambridge Analytica scandal last year, the FTC has begun investigating Facebook to see if it violated the company’s 2011 consent order by allowing third parties to access user data without user permission. The investigation raises questions about whether the FTC’s consent orders effectively deter bad behavior. Think of it like this: If the FTC had intervened years earlier to put an end to this type of anti-consumer behavior, how did it happen again?

This question has come up during the hearings, with former enforcement officials, like David Vladeck, calling for the agency to gain the ability to impose civil penalties on the initial offense for privacy infringements. But another FTC veteran disagreed. Howard Beales argued that the ambiguity of what constitutes a privacy violation may lead to an unclear standard in executing civil penalties. We must ask: Would disputes like this stymie change that may enable more vigorous enforcement from the agency in the future?

In addition, the hearings have also grappled with the public perception that U.S. enforcement lags behind E.U. efforts when it comes to consumer protection and competition. The public is paying attention to the record fines that the European Commission has levied against Google, Intel, Qualcomm, and other tech companies for antitrust violations. Meanwhile, the FTC’s record on platform enforcement has been beleaguered by the infamous internal memo from 2012 recommending charges against Google for anticompetitive practices. While the facts of the investigation remain non-public, the memo contrasts sharply with a unanimous vote by the Commission to close the investigation into the company’s search-related practices soon after.

If the reason for this departure in enforcement actions between the United States and the E.U. stems from a difference in antitrust legal doctrine, the debate ought to move beyond whether the two jurisdictions treat competition cases involving platforms differently. Without actions demonstrating vigorous enforcement, debate alone will leave the public unpersuaded.

Today’s tech giants have been likened to the railroad conglomerates and AT&T Bell System of the past, with some calling for them to face the same fates of forced divestitures and break-ups. But antitrust is far from a panacea; breaking up the platforms doesn’t necessarily address underlying privacy and data-security concerns. Still, the historic shake-ups suggest that today’s enforcement approach is comparably lax—especially in light of recent decisions like opting not to pursue a formal investigation into Amazon’s acquisition of Whole Foods.

In many ways, it’s easy to see why there’s a strong sense of public discontent with the agency, and a gnawing appetite for it to do more. While the hearings are a step in the right direction—toward building consensus, educating the public, and increasing transparency—the time for vigorous enforcement by the FTC is long overdue. The key to regaining the public’s trust lies in the agency’s actions—in having a robust enforcement record to show the public that it’s doing its job. The agency would be wise not to accept the disagreement over whether there’s even a problem in its current enforcement regime as a reason for maintaining the status quo. Instead, as the FTC wraps up its hearings over the next year, the debate ought to focus on how it can concretely improve its processes—through, for instance, additional rule-making authority—as it looks to bring about similarly concrete results.