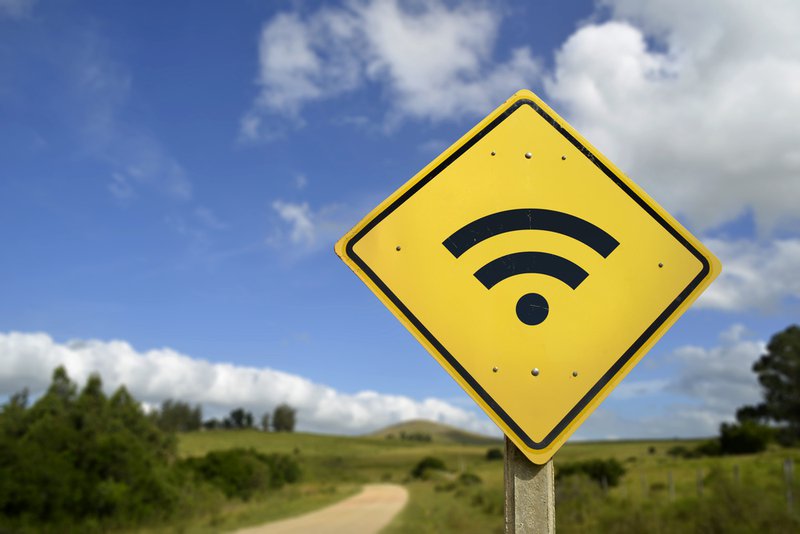 These days, if you want to participate in society, you really just need one thing: a phone or an internet connection.

In other words, you need broadband access, which is essential for things like education, teleworking, finding employment, buying and selling goods, locating health and financial services, and securing news and information. The problem, though, is that the high cost of broadband access has resulted in a stark divide between those who can afford internet access and the opportunities that come with it, and those who can’t.

Unfortunately, the FCC, under Chairman Ajit Pai, recently limited the number of providers that can offer Lifeline service in tribal areas (though that decision is now tied up in legal proceedings), and in November 2017, the agency proposed a series of changes to the program that, together, would severely hobble the program and take Lifeline service away from millions of people. Put differently, the FCC is chipping away at the one federal program charting a path of opportunity for Americans cut off from the internet.

“Our statistics suggest the program has shrunk 30 percent under Chairman Pai’s watch,” John Heitmann, a partner at Kelley Drye & Warren LLP who has represented Lifeline-participating companies, said at a recent New America event, which broadly explored the function of the Lifeline program and the need to protect it.

Heitmann elaborated on the 30-percent drop in the program over the past two years, attributing it to, “in large part, regulatory uncertainty created during Chairman Pai’s administration. [Pai] started by eliminating [Lifeline Broadband Provider] LBP designations within weeks of walking in the door,” Heitmann added, referring to Pai’s decision, at the very beginning of his administration in 2017, to revoke nine broadband companies’ official designations, which had allowed them to participate in the program. “That sent a signal to the marketplace that we have problems. … The companies have been having difficulty attracting investment to grow in the Lifeline space.”

What were the FCC’s specific 2017 proposals? They included a ban on standalone broadband from the program, strict limitations on subscribers’ lifetime use and the program’s budget, and a ban on wireless resellers, which make up around 70 percent of Lifeline-supported connections. Let’s look at a couple of these proposals in turn.

The budget cap and lifetime benefits cap undermine the very purpose of the program: to provide an option for low-income households to gain vital communications services. But, more to the point, there’s no need for the caps. The FCC has spent the past several years reducing fraud and abuse of the program, which was partially responsible for Lifeline expenditures decreasing from $2.1 billion to $1.5 billion between 2012 and 2016, respectively. The recent misguided changes will only reduce participation in what is already a woefully underutilized program. That well below a third of eligible households participated in Lifeline in 2017 reflects the need to expand the program’s reach—not unnecessarily restrain it.

The FCC has also put a target on wireless resellers—indeed, this was one of the central points of conversation at the event. The FCC has proposed that only companies that build and operate wireless networks—so-called facilities-based providers—should offer Lifeline service. This is supposedly to fuel broadband infrastructure investment, which is a worthy cause, but, notably, that’s the task of several other FCC programs—not Lifeline. Wireless resellers, as their name suggests, purchase service from facilities-based providers and resell that capacity to their own customers, including Lifeline customers. Frequently with Lifeline providers, these resellers tailor their products for Lifeline recipients to ensure that they’re affordable, maximizing the $9.25 per month subsidy; often the service is free to the customer. Banning these providers from the program would potentially leave millions of low-income Americans unserved.

Yosef Getachew, Director of the Media and Democracy Program at Common Cause, echoed these sentiments, noting that the proposal to eliminate wireless resellers would take away the “actual carriers” serving the low-income communities who “don’t necessarily have a bank account or good credit history or are suffering from disabilities” and thus require affordable services made possible through the Lifeline program. Given that wireline and facilities-based providers don’t have incentives or the motivation to serve these communities, Getachew added, “it’s the resellers who have actually developed the relationships, the customer base, and the credibility to actually provide service to these communities.”

Think of it this way: The proposed elimination of wireless resellers not only contradicts the very purpose of the Lifeline program, but it also undermines current revenue streams that nurture broadband infrastructure investment.

“When a wireless reseller is buying excess capacity from a facilities-based provider, that’s a revenue stream, [one] that’s being used by a lot of these facilities-based providers on broadband deployment projects,” Chris Shipley, an attorney and policy adviser at INCOMPAS, said. Shipley also noted the “serious concern about losing that particular revenue stream between the two.”

In a similar vein, Olivia Wein, a staff attorney at the National Consumer Law Center, underscored how low-income consumer advocates are increasingly worried about the broader trend of facilities-based and wireline providers abandoning the space in the context of the FCC’s proposal.

“You have seen filings in 2017 in particular, for example, like AT&T stepping away from the universal service programs in the states, filing and announcing that they will no longer be providing or participating in Lifeline,” Wein said. “So the question would remain. If you remove the providers of 70 percent of the marketplace, and the wireline [providers] have been leaving, sort of pointing to the resellers saying it’s a competitive marketplace, who is left to guarantee that low-income households will be served?”

The FCC’s proposal, on the whole, represents a wholesale attack on the Lifeline program. Instead of merely rescinding its program, the agency has rebranded a series of coordinated attacks that would obstruct the program’s ability to help consumers as “reforms.” Thankfully, these proposals haven’t been formally approved by the FCC. But as long as they remain on the table, they live on as a constant threat to millions of low-income Americans who rely on the program for the communications services they require in their day-to-day lives.