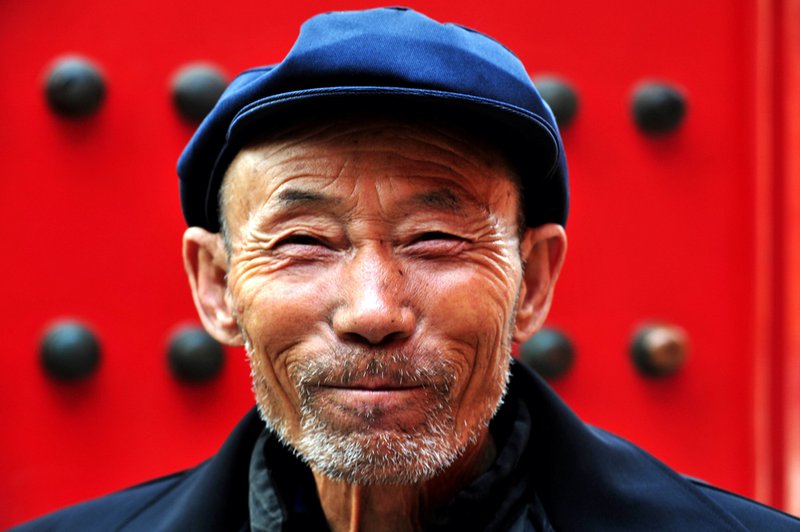 China is set to make a significant change to its family planning policies in the coming year by shifting to a nationwide two-child policy. Why did the famous one-child policy change? Because China hopes an increase in births will ameliorate a looming demographic disaster in a nation with too many men, too many old people, and too few workers.

However, the two-child move is too limited a solution for China’s demographic woes, and public desire for larger families appears lukewarm, at best. But even if Chinese couples were to become enthusiastically fruitful, it will provide little relief for China’s aging transition, arguably the most severe consequence of the one-child policy.

As the world’s most populous nation, it is perhaps no surprise that China also has a gargantuan share of the elderly. However, the peculiar element that singles China out from the global graying herd is not so much the size of its aging population, but the speed at which it is graying.

I do not, of course, mean the Chinese are somehow growing old at a faster rate. I am speaking of proportion: China’s number of retirees is fast outstripping its number of workers.

Currently, the Middle Kingdom has the kind of worker-to-retiree ratio that warms the heart of its economic planners: a 5-1 ratio. That means lots of productive, tax-paying workers to pay for retirees.

But in little over two decades, China’s attractive 5:1 ratio will shift to 1.4: 1. It spells shrunken tax coffers, reduced consumption spending, and all-round diminished productivity. This kind of transition—more older people, fewer young—is happening almost everywhere in the world, for we now live longer and, on balance, have fewer children than people did a century ago.

Even so, this transition to a graying society took little over fifty years to take shape in the West. Consequently, countries there have had more time to stock up for the gray years ahead economically and socially. (Some might argue even these preparations are inadequate.) In China, the aging transition will happen in just one generation, and the cupboard is woefully bare.

This aging transition is due to two things are happening at once: people living longer, and fewer are being born. The former has nothing to do with the one-child policy, the latter, everything. Because of the one-child policy, China’s aging transition will be a tsunami, its speed crashing with enormously forceful effect. And the policy’s reversal will not be enough to stop it.

By the mid 2020s, China will be adding 10 million elders to its population each year but losing 7 million working adults. Of all the negative future repercussions of the one-child policy, this is the most painful, because it is definitely happening.

Other side-effects of the one-child policy are still in the realm of speculation. While the policy has created a gender imbalance, it’s not certain this will make China a more warlike or unstable, as some academics suggest. The one-child policy has created a cohort of “Little Emperors,”—single children—and various social studies suggest this creates a generation of pessimistic, solipsistic low-risk takers that could potentially dampen China’s economic dynamism. Again, this is unproven.

What is certain is, short of some cataclysmic plague or war, is that China’s vast cohort of workers will grow old. Ted Fishman, author of Shock of Gray, notes: “If they were their own country, China’s senior citizens would be the third largest country in the world, behind only India and China itself.”

Yet if you were to stroll through any urban park in China, you’d come away feeling retirement is a pretty decent affair. China has one of the earliest retirement ages in the world—as early as 55 years old for women, and 60 for men. As a result, China’s parks are filled with vigorous pensioners engaged in picturesque activities: dancing, taichi, sword fighting, kite flying, and, my particular favorite, a form of geriatric graffiti that involves tracing out Chinese calligraphy on pavements using water and brushes, which dry and leave no trace. Public spaces are filled with irrepressible “dancing grannies” who fill the air with music from huge boom-boxes. IKEA cafeterias have become a hot singles scene for the over-sixty set.

Further, aside from the two-child policy, China’s also taking steps to ameliorate a graying transition. It plans to raise the retirement age—amidst strong opposition-- and is reforming a clunky pension system. There’s no doubt that China’s social safety net is growing quickly. In 2011, rural pension schemes covered only a quarter of the rural population. In 2013, this expanded to half. By 2015, three-quarters of the population will be covered. China only began healthcare reforms in earnest in 2009, but they have swiftly evolved. Healthcare premiums have risen quickly in the past five years, significantly reducing out-of-pocket expenses.

Despite this, there’s little to celebrate. There are two things that help make old age more tolerable. Money—to pay for comforts, medical treatments and necessities at a time when you can no longer work. Family, or family substitutes, for emotional support and care. For China, both are going to be hard to achieve in adequate amounts.

For China’s elderly to have a secure and pleasant old age, China’s economic engine must continue to chug on, making enough to service elder care and pension demands. But China’s economy is slowing down, and an aging demographic will add significant headwinds. This situation is likened to a “speeding bicycle that has to keep going just to keep from falling over,” according to a report by the Center for Strategic & International Studies.

It’s now an old saw, the saying that China will “grow old before it grows rich.” But though Deng’s economic reforms may have lifted 500 million above the poverty line, but that still leaves nearly a quarter of its 185 million retirees on less than a dollar a day. While China’s graying transition is a first world problem, China hasn’t achieved first world prosperity yet. Despite becoming the world’s largest economy by size, its per capita GDP is just a sixth of South Korea’s, and one-ninth the level of the United States’.

But perhaps what will make the transition the hardest isn’t even a pecuniary problem. Having family usually helps reduce the pains of aging, but even assuming the two-child policy results in a significant uptick in births—this will do nothing to smooth over the next two decades’ problems. Babies need time to grow into caregivers, after all. The one-child policy significantly reduced the number of caregivers for China’s elderly not just in quantity, but in quality. The coupling of a one-child policy and a son-loving culture has led to China have about 50 million “missing” women—and that means fewer daughter-in-laws, the traditional caretakers of elderly China.

What about institutional care? A recent index by the Economist Intelligence Unit that ranks the quality of care for the dying, puts China close to the bottom on almost every metric: quality, affordability, availability.

In his book, Being Mortal, American physician Atul Gawande writes about end-of-life care in America. Most old people want to avoid the indignities and loss of control that comes with institutionalized care, he says, but “your chances of avoiding the nursing home are directly related to the number of children you have.”

In Gawande’s America, having children may help you stay out of the nursing home. In China, not having children could shut you out. In China, the term for parents who’ve lost their only child is “shidu.” Many nursing homes will not admit shidu couples because they have no progeny to authorize treatments or act as payment guarantors. This form of discrimination appears to extend beyond the grave: some shidu parents complain cemeteries won’t sell them burial plots for them or their deceased children, concerned there will be nobody to pay for future upkeep. There are currently a million shidu parents in China, with an additional 76,000 joining their ranks yearly. They’ve petitioned Beijing—to little avail—for more financial help and priority in adoptions. They argue—with some justification— since Beijing has made money off fines from one-child violators, it should compensate families who observed the laws, only to lose out financially and emotionally with the death of their only child.

Shidu parents have even asked for nursing homes exclusively for their kind. One reason: visiting days. “Seeing other people with their families...it’s just unbearable,” said one parent. It’s a pain no dramatic policy announcement will ease.