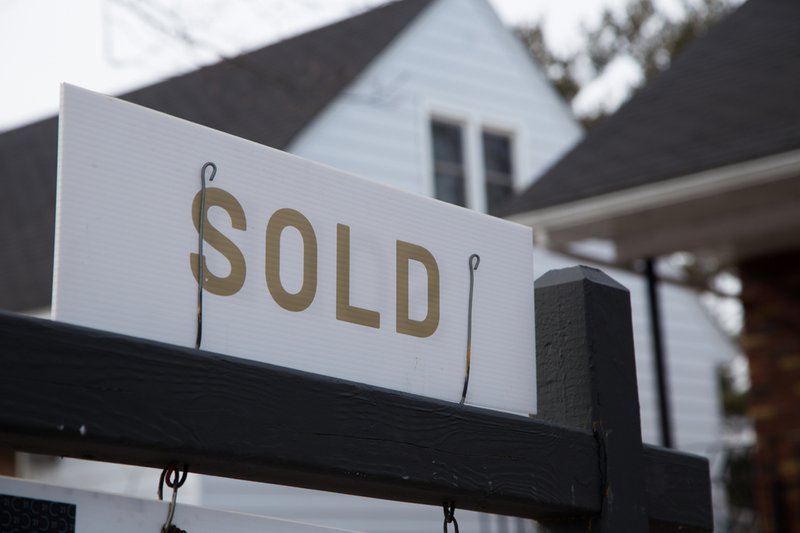 It’s hard out there for a Millennial. Our earnings took a huge hit as a result of the Great Recession of 2008, from which we may never recover. Younger Millennials were at the dawn of their working lives and older Millennials were entering our prime earning years when we were slammed again, this time by a pandemic that plunged the economy into a recession that many fear could rival the Great Depression. Now, with massive unemployment projected to dog workers for years, there’s evidence that Millennials, and particularly Black and Hispanic Millennials, will bear the brunt of the 2020 economic crisis. One of the reasons Millennials are so broke is that we are much less likely than our Boomer parents or Gen X siblings or even our Silent Generation grandparents to own our own homes—and we don’t own our own homes because we’re broke. Close to half of Boomers were homeowners by age 34; today, 75 percent are. By contrast, only 37 percent of Millennials owned a home by age 34. Today, only 32 percent of us are homeowners.

This is not because we’re buying too much avocado toast. Instead, it’s because Millennials are 56 percent white, and African Americans, Asians, and Hispanics have been alternately left out and pushed out of the American housing market. Our nation was founded on chattel slavery, which designated Black people as property. The country carried out centuries of housing discrimination, including redlining of Black neighborhoods. Racial segregation and discrimination in endless other forms made it much more difficult for African American and other families of color to build wealth. The results of these policies now ripple out to children and grandchildren. We know that there is a direct link between having a parent who was a homeowner and being a homeowner yourself: children of homeowners are 9 percentage points more likely to buy their own place as adults than are children of parents who rented. This is in part because of passed-down values, including the belief that buying is better than renting, but it’s more because of the real passed-down dollars and the knowledge of how to buy: how to save, how to boost your credit, how to fill out all the mortgage forms, what a good interest rate is, how to refinance. And more directly, homeowners can pass on their actual homes to their descendants, making homeowners of the younger generation without those young people having to do much of anything.

This has all been very good for white families, and pretty bad for people of color, including the significant proportion of Millennials of color. Today, white millennials are almost three times as likely as Black millennials to own their homes. And it’s getting harder for African Americans: according to New America, the homeownership rate for Black Millennials is lower today than it was for African Americans of the same age in 1960. An African American member of the Silent Generation, born between the late 1920s and early 1940s, and living, as an adult, in an era in which Jim Crow laws were still enforced, was more likely to own a home than a Black Millennial is now.

That’s a particularly striking statistic when you understand just how difficult white Americans have made it for African Americans to own homes and live in safe, supported communities throughout the entirety of American history. As some African Americans slowly and with exceptional bravery pushed across the neighborhood color barrier in the 1950s, 60s and 70s, whites moved further away. And that white flight to suburbia was also federally subsidized by massive investments in suburban life, including sewer system and highway construction, tax incentives for developers, and tax breaks for homeowners. A hefty investment in a national highway system was approved in 1956, a year before the peak of the baby boom. By the time most Baby Boomers were in their teens, 42,000 miles of expressway crisscrossed the nation, built by bisecting and sometimes bulldozing urban communities of color. The highways made it easier to ferry better-off whites to the city’s sprawling and racially-exclusive suburban outskirts, neighborhoods that also enjoyed significant government investment. Black and immigrant families remained concentrated in neglected urban communities.

Close to half of Boomers were homeowners by age 34; today, 75 percent are. By contrast, only 37 percent of Millennials owned a home by age 34.

Through the first half of the twentieth century, racial covenants formally excluded nonwhites from white suburban communities. After those efforts were struck down by the courts, zoning regulations took their place. Zoning laws were leveraged to bar affordable housing from being built in wealthy areas, and to restrict the construction of apartment buildings and condos in neighborhoods where white-owned single family homes dominated. Though racially neutral on their face, these laws reinforced racial segregation, solidified white wealth, and pushed Black families further into financial insecurity. And in today’s diverse and growing city centers, these ill-conceived laws are creating a new wave of disaster: housing shortages, outrageous rent hikes, and gentrification that pushes out longtime residents.

For a moment, things seemed to be looking up. In the 1990s and early 2000s, Black homeownership was on the rise. By 2004, it was nearing 50 percent, an all-time high—still lower than the proportion of white families who owned a home, but a mark of significant progress. Some of these gains came from government programs like the Community Reinvestment Act (1977), which sought to reverse the history of discriminatory lending and promote homeownership, lending, and investment in traditionally underserved communities; in the 90s, the Clinton administration scaled it up with new regulations to root out racial bias from lenders and investors. But too much of what looked like progress came about because Black families were about twice as likely as white ones to be targeted by shady subprime lenders. Predatory lenders retained the right to adjust interest rates to farcical degrees; these adjustable-rate mortgages offered initially low interest rates, only to ratchet them up (often beyond what the homeowner could pay) a few short years later. Some mortgages were even interest-only, which meant that people might spend their whole lives paying the mortgage on their house only to own zero percent of it.

Then came the financial crash.

Families of color lost somewhere in the neighborhood of $200 billion because of the housing market collapse and the mass foreclosures that followed. The Obama administration attempted to cauterize some of the wounds, requiring, for example, that areas receiving federal aid dollars make efforts to racially integrate their neighborhoods. Those were swept away when Trump came into office. By 2019, the gains of the 1990s and early 2000s were wiped out, and Black homeownership hit a low, even as homeownership among white, Hispanic, and Asian families grew. Today, prospective Black and Hispanic buyers are denied mortgages at twice the rate of their white counterparts.

While redlining was theoretically done away with a half-century ago, its impact persists: three-quarters of neighborhoods so designated are still financially hurting today. Even when you control for income, loan amount, and neighborhood of the prospective house, African Americans are still far more likely to be denied loans than their white counterparts. And African American renters pay more in rent than white renters, even for the same kind of housing in the same kind of neighborhood.

Now, Millennials are trying to navigate a constricted and racist housing market and a nation with outdated urban infrastructure, so much of which is out of line with what we want and what we need to remain gainfully employed, financially stable, and moderately happy. As we plunge into a second recession, Boomers are, on the whole, better off than those of us under 40. They’re also the ones designing the recovery packages and bailout plans. As young people march for racial justice and community investment, it’s Boomers who fill a majority of the seats in Congress, on the Supreme Court, and in state legislatures. Millennials and Gen Zers are watching this all unfold and realizing that, again, our futures may be mortgaged so that the wealthiest Baby Boomers can continue to live large.