Beyond the Helpless Victim 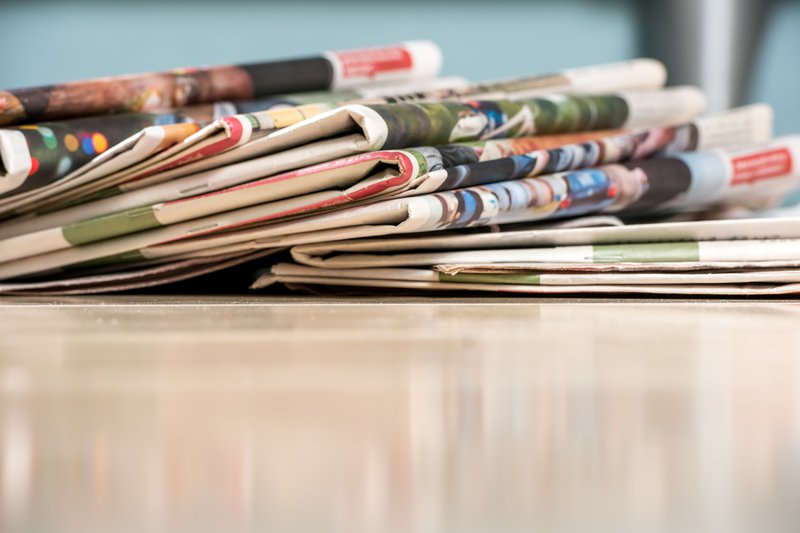 Under the May 2016 Wall Street Journal headline “Islamic State Bombings Kill Dozens in Baghdad, ” we read the following: “The first bomb struck a crowded market in the predominantly Shiite Muslim neighborhood of Sadr City, killing at least 62 people and wounding 86, mostly women and children.” In April, under the Washington Post headline “U.S.-Russia Cooperation Frays as Syria Truce Falls Apart,” we learn that “At least 90 people, including more than two dozen women and children, have been killed over the last four days in shelling and airstrikes by the Russian-backed Syrian government on rebel-held zones in the strategic city of Aleppo.” In both of these articles, women appear as an afterthought: while their presence is certainly emotionally powerful, they remain a parenthetical note to the “real” story.

The examples I’ve provided above represent the extent of women’s representation across much of the journalism that I have examined in an ongoing media analysis through New America’s Better Life Lab. Since September, I’ve catalogued search results for terms such as “Iraq + women” or “Afghanistan + women + peace” in the New York Times, the Washington Post, and the Wall Street Journal to discover patterns in their 2016 reporting on women in Iraq, Afghanistan, Syria, and South Sudan.

Through this research, I’ve discovered that women continue to be underrepresented as political actors in journalism that focuses on international conflict in these regions. What’s more, they are most often represented as casualties or victims of sexual violence, calling into question the success of the Women, Peace, and Security agenda, which was introduced by the UN in 2000, marking a commitment to elevating women’s roles in peacekeeping and negotiation in the future. Given the results of this analysis, I’m inclined to ask: Has WPS truly reframed women’s roles within peace and security? 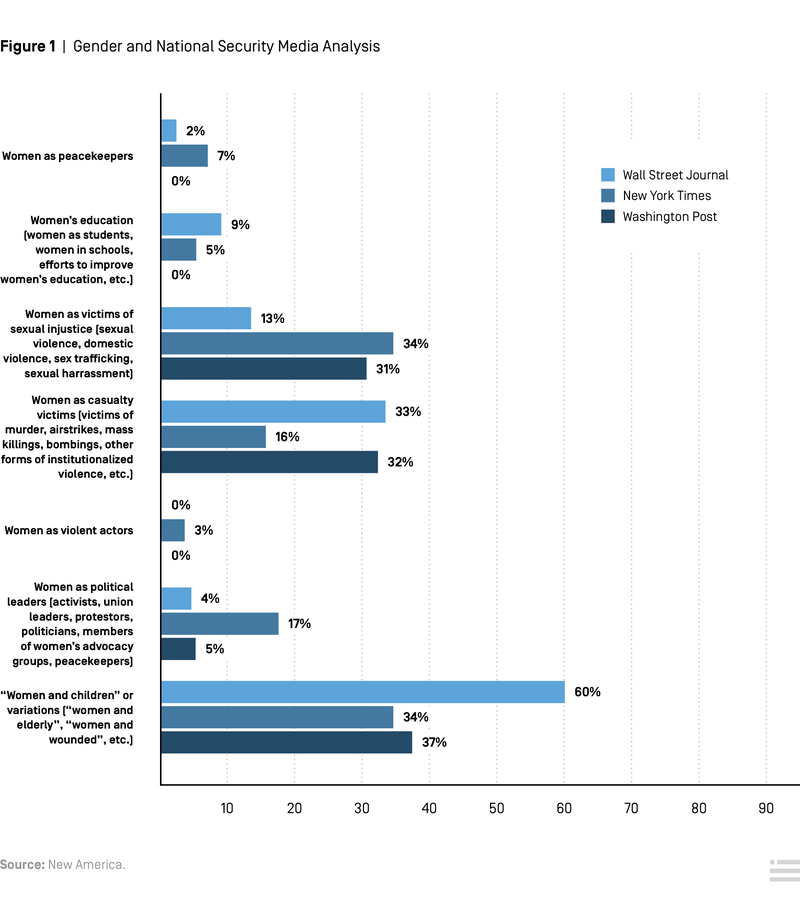 For example, across all publications in our sample, South Sudanese women were represented almost exclusively as victims of sexual violence. The use of mass rape as a weapon of war in South Sudan is an essential component to any analysis of these women’s experiences; however, little attention is given to the other challenges these women face: illiteracy, difficulty accessing essential resources, and so on. Even more troublingly, we discovered that South Sudanese women rarely speak for themselves within these publications; instead, journalists, politicians, and UN personnel speak on their behalves.

Highlighting the prevalence of sexual violence in conflict zones certainly seems a step forward in shedding light on the gendered impacts of war and conflict. Nonetheless, journalists, foreign policy experts, and researchers may be inclined to give outsize attention to this issue, making it difficult to move toward a more multifaceted approach to understanding gender and conflict. In ignoring the variety of gendered experiences relevant to international peace and security, we risk forever limiting women’s roles in these contexts to that of victims, instead of elevating their critical presence in contexts that may promote peace and conflict resolution.

In fact, women’s perceived helplessness appears to dominate their representation in journalism. For example, women’s representation often fails to move beyond casualty and incident reporting that pairs them with children. As much as 60% of our sampling of the Wall Street Journal includes the phrase “women and children” or equivalents (e.g., “women and elderly”). Such a pairing may simply speak to the alarming number of civilian casualties that regions in conflict suffer. Nonetheless, they also expose a common construction of women as perpetual victims—individuals who, like children, must be protected and defended because of their innocence and distance from the conflict at hand.

Women’s notable absence as political leaders in our research also testifies to this construction of women as victims rather than actors. It is certainly the case that women in the regions I have researched are often barred from political processes that would otherwise shed light on their unique experiences during times of conflict. Yet women’s roles in politics go beyond representation in state institutions: Their informal political participation as activists and protesters are not only critical, but ubiquitous. Regardless, my research indicates that even this informal participation goes unrecognized: Only 5% of articles in our sampling of the Washington Post, for example, featured women as activists, union leaders, protesters, politicians, or members of women’s advocacy groups, and none of the articles in this sampling featured women in peacekeeping roles. Even within other publications that featured women in these roles, their representation as peace-builders was hollow and often failed to move beyond name-dropping.

In our sampling of the New York Times, for example, the most significant instance of a woman in a peacekeeping role concerned Syrian peace talks in January 2016. The article quotes Mouna Ghanem, a Syrian politician and coordinator for the Syrian Women Forum for Peace. Ironically, her inclusion in the article is limited to a critique of women’s “shallow” and “insignificant” participation in peace negotiations. What might Ghanem’s input have been on women’s formal participation in Syrian politics and government? What insight could she have provided on women’s significance to peace building and conflict resolution in Syria? These questions, if answered, would certainly have made Ghanem’s inclusion in the article anything but insignificant.

From these findings we notice that despite women’s frequent formal and informal participation in politics and peace efforts, their most significant contribution to conflict reporting is that of the helpless victim: We measure the scale of a conflict’s violence through the injury and death of these women, but otherwise neglect them. The consequences of such reporting are manifold: In constructing women as perpetual victims of violence and conflict, we forget about the many insights that they may otherwise bring to the process of promoting peace and negotiation. Perhaps even more critical, however, is that in limiting women’s narratives, we not only restrict women’s ability to fully integrate into foreign policy contexts, but we also put effective policy on the line.