The United States Is Obsessed With Four-Year Degrees 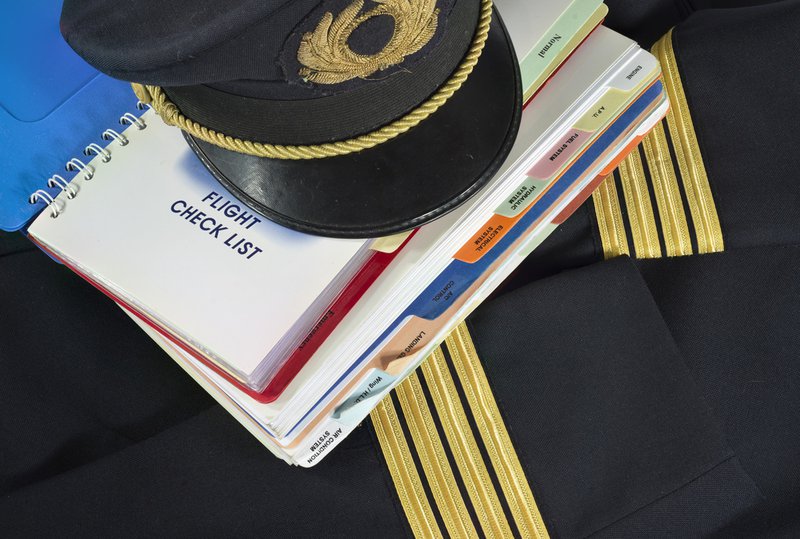 Google the phrase “pilot shortage” and you’ll find a barrage of headlines, even from this past year alone, that augur doom for the United States’ airline workforce. “Facing a Critical Pilot Shortage, Airlines Scramble to Hire New Pilots,” the Wall Street Journal said in August 2018. “Airlines are ‘desperate’ for new pilots, and the shortage is contributing to canceled routes,” Business Insider wrote in September of the same year. And just in January, ABC News reported, “Pilots worry national shortage putting airline passengers in danger.”

Many observers declare that this is because flight school is too expensive for a career that doesn’t promise much pay without working for a major airline—which you can’t do without accepting low pay and long hours from a regional airline first. And because of the pilot shortage, regional pilots have historically suffered the heavy workload, assuming too many hours and wobbly work-life balance. This makes the approximately $75,000 necessary to obtain a pilot license seem largely out of reach for people with dreams of flying.

The problem, though, is even bigger, because what’s more expensive than flight school? Flight school plus a four-year bachelor’s degree, which, combined, can easily cost someone up to $200,000 in the United States. (Try telling young people who need to work to make ends meet that they need to pay thousands of dollars while spending years in college and flight school, only to end up in an industry that doesn’t even use those four years of expensive efforts and also overworks them due to a workforce shortage.) More jarring still, what many may not realize is this: The United States is the only country in the world with major airlines that require four-year degrees in order to be a pilot. And that requirement is proving to be not only unnecessary for successful flying—but also unfair for low-income Americans in particular.

Let’s pause for a moment to sketch out how obsessed U.S. society is with four-year degrees, and why that’s a problem. British Airways, Emirates, Qatar Airways, Qantas, Singapore Airlines, Avianca, Air New Zealand, Turkish Airlines—none of these carriers requires its pilots to have a four-year degree. Not one. What they require is English proficiency, a valid medical license (procured through a single doctor’s appointment), and 1,000 to 2,500 hours of flight experience before someone can join their ranks.

Meanwhile, back in the United States, Southwest, United, and even the smaller Spirit Airlines all require the extra four years of expensive work for a degree that can have absolutely nothing to do with aviation—yet somehow, apparently, make someone more qualified to fly than an experienced pilot without a degree. Even if you want to fly for a cargo airline such as with FedEx or UPS, you’d need that pricey piece of paper with a university seal on it. Germany’s equivalent cargo airline DHL, by contrast? Nope. Just flight experience.

Indeed, you could have a four-year degree in art and still be considered more prepared to take on the technical skill of flying an aircraft than, say, a pilot who has flown for Air New Zealand for years with over 3,000 hours of flying experience but who only has a flight license and high-school diploma. The latter individual would be rejected by all major U.S. airlines despite being plenty capable of flying and despite being in high-demand globally.

Here, it feels important to say that removing the bachelor’s requirement shouldn’t make anyone wary of the competency of pilots. Given the millions of pilots worldwide who have flown safely for years and even decades without a bachelor’s degree, the evidence is clear that pilots can be perfectly competent and well-trained without spending four years in college. While four-year degrees make sense in many industries, aviation is, conclusively, not one of them.

Importantly, this degree fixation is harmful from an equity standpoint. For one, it isn’t news that the four-year degree pathway mostly benefits the wealthy, as the recent college admissions scandal makes clear. We also know that, while the economic perils of burdensome student loan debt are severe for all young folks, they’re especially so for those from low-income backgrounds.

This means that the four-year degree minimum requirement closes doors for thousands of potential pilots who could possibly work for regional airlines while they work their way up to the major U.S. airlines. They have to worry, rightfully, about repaying hundreds of thousands of dollars in debt to pay off not only flight school, but also their four-year degree.

A senior representative at the Aircraft Owners and Pilots Association (AOPA), who works on flight recruitment and training programs, told me, “There used to be an overabundance of pilots, so major airlines could be picky about who they hired. But now, we’re not even creating 6,000 pilots a year, which is nowhere near the projections of what’s needed to meet the demand.”

While most airlines and industry experts have pushed higher pay for pilots as being the main solution, there’s also a much simpler option: Drop the out-of-touch four-year degree requirement.

That’s because if we stop forcing prospective pilots to unnecessarily pay exorbitant amounts of time and money to become qualified, but not even trained, then perhaps more would be willing to work their way into the spots that are being vacated every day by exiting pilots who reach the mandatory retirement age of 65.

In other other skilled industries where a four-year degree isn’t required—such as the culinary industry—we see a great example of a workforce where the American Dream is meaningfully realized via well-paying, stable careers, and without the mandate of going to college in addition to acquiring certain skills. If we were to start forcing chefs to get a four-year degree on top of culinary school in order to be allowed to work in a restaurant, imagine what that would likely do to the workforce, and who would no longer be a part of it.

Notably, this isn’t a partisan issue. Many industries have heeded calls to adopt more effective and practical approaches to job-training, including calls from U.S. Senator Marco Rubio (R-Fla.). In an article he recently wrote in The Atlantic, Rubio said, “The old consensus, which made a college degree a requirement for success, has harmed young Americans and their dignity, shoving them … into the complicated world of ambiguous skills and unambiguous debt.” Furthermore, he proposes that “families and students need a system that embraces the new ways people can learn and acquire skills without having to go the traditional four-year-college-degree track.”

Similarly, U.S. Senator Michael Bennet (D-Colo.) has said, “It’s time we shed old ways of thinking, and build a modernized education system that embraces different approaches and focuses on innovation and student success, rather than inputs and process.”

In light of the recent events surrounding the Federal Aviation Administration, U.S. House Transportation ranking member Sam Graves (R-Mo.) is looking into leading an investigation into pilot training. It’s clear that sitting in an expensive college classroom for four years isn’t likely to improve pilot training concerns, given that the skills necessary for operating an aircraft aren’t taught in our colleges. On the other hand, improving flight instruction, skills training, and the quantity and quality of flight instructors in flight schools would likely get at training concerns.

The AOPA senior representative explained that “airlines are sucking certified flight instructors (CFIs) up” in their struggle to meet pilot demand, but that this is leaving flight schools scrambling to find quality instructors and maintain consistent instruction for their students. Greater attention ought to be paid to improving flight schools, on top of encouraging a new wave of pilots and instructors by removing barriers like the four-year degree mandate.

All of which is to say: U.S. airlines could significantly chip away at the dire pilot shortage by leading a cultural shift away from often unnecessary degrees and toward relevant, practical job-training pathways. And the airlines aren’t the only ones who would benefit from this move—every young American with dreams of taking to the skies would, too.