A Woman's Place Is in the House and Senate 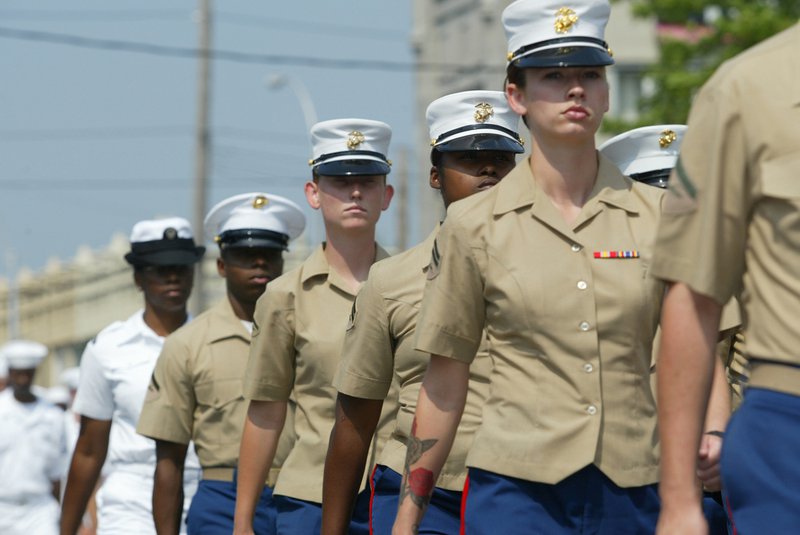 The problem of sexual assault in the military didn’t begin in 2013—scandals stretch back to Tailhook in 1991 and unreported incidents going back much further—but public awareness and political momentum behind the issue was transformed that year, in large measure because of the scenes broadcast through the media of the Senate Armed Services Committee chamber. In June of that year, virtually all of the Joint Chiefs of Staff testified together before the Armed Services Committee, and were grilled by senators from both parties for their failures to stem the tide of rampant, often unreported violence against women and men in the armed forces at the hands of their own.

It is no coincidence that such a threshold of public perception was crossed in 2013, writes Time political correspondent and New America fellow Jay Newton-Small in her new book Broad Influence: How Women Are Changing the Way America Works. It was in 2013, after all, that seven women ascended (as part of a cohort of 20 female senators) to the powerful Senate committee of 26 members. “The scene was a reversal of the 1991 Clarence Thomas hearings,” Newton-Small writes, “in which an all-male panel [of senators] berated Anita Hill.” This time, women were asking men with stars on their shoulders the questions.

At a recent event at New America, where she joined retired Army Colonel and psychiatrist Dr. Elspeth Cameron Ritchie, DC Metropolitan Police Department police chief Cathy Lanier, national security expert Heather Hurlburt, and Future of War Senior Fellow Doug Ollivant in a conversation about women in the military and law enforcement, Newton-Small said, “It was the first time the Senate was 20 percent women, and they so clearly had an impact” on breaking the partisan deadlock. “They ended up producing 75 percent of the legislation that passed [into law] that session”—including, as she points out in the book, 11 policy changes, enacted in December 2013, to “force the Pentagon to address the issue [of military sexual assault] more seriously.” Certain branches of the military are further ahead than law enforcement, where “women are nowhere near critical mass,” but Newton-Small reflected on the in-depth interviews she conducted for her book with women serving in both sectors.

But the differences aren’t only apparent when issues related to gender are involved. “Women of the Senate [were] coming together during the government shutdown to reopen the government when none of the men would talk to each other,” Newton-Small recalled. (A cover story on the subject for Time in October 2013 was the beginning of her book.) And female police officers emphasized to her that they functioned differently from their male peers on the job, while female soldiers insisted, “we wouldn’t wage war in any different way from our counterparts.”

Ollivant, a retired Army officer with deployments to Iraq and Afghanistan, wasn’t surprised by these findings. In policing, he said, the best-case scenarios involve resolving issues without using violence, but “that’s not what the military does. They specialize in the use of violence.” While not every member of either sector might agree with Ollivant’s assessment, his comments highlighted a central tension between the cultural challenges for women to, as Ritchie put it, “hang tough” in male-dominated institutions versus the potential opportunities for women to deploy what some might call feminine “soft skills”—communication, compassion, empathy—to get results.

Despite the pressure for women to prove themselves in testosterone-heavy situations, Ritchie—who served in Somalia and Iraq and is now a chief of mental health at the Washington VA Medical Center—agreed that being approachable gave her some professional advantages. As a therapist, male colleagues would share things in “informal therapy by walking around” with her that they wouldn’t disclose to others. In Broad Influence, Newton-Small notes that historically, the first female police officers (such as Los Angeles’ Alice Stebbins in 1910) were social workers who “dealt almost exclusively with women and children.” Lanier echoed the persistence of this theme decades later, recalling how much pressure she faced throughout her own career to transfer to work with families or in administration.

Even in the face of gender stereotypes, Lanier said she has used femininity to her advantage as an investigator and problem-solver. At crime scenes, she can talk informally with witnesses who open up to her and provide crucial information because she’s approachable. During the Washington Navy Yard shooting in 2013, she and other high-ranking women from the FBI and Park Police were able to resolve the situation without muscling each other over turf. Her methods of engagement before enforcement get results, so male officers have begun to follow her lead. “I walk away with information from a crime scene,” she said, “so now I see them doing it...there is so much more to this job than going out there and just being an enforcer.”

Being perceived as feminine and non-threatening in male-dominated fields can also be a double-edged sword, observed Hurlburt, who directs the New Models for Policy Change program at New America and has years of experience as a national security strategist at the State Department and the White House. She remembered being just out of college and the youngest member of a diplomatic delegation, which encountered “a whole lot of people who would not give my colleagues the time of day but were delighted to talk to a 22-year-old at a cocktail party.” She was left unsettled by the latent sexism of why she had information that had eluded her own senior colleagues. “That’s the bind that I see women in now,” she said, “where we’ve made so much progress...you still walk into a room and think about ‘how am I being perceived?’” Not only that, added Newton-Small, but powerful women face being undermined by their male subordinates, citing as an example a standoff with inmates at a prison guard tower that was ultimately resolved with no loss of life by then-governor of Arizona Janet Napolitano and Dora Schriro, Arizona’s first female director of corrections—only after weeks of second-guessing and insinuations of a lesbian relationship between them.

The panelists agreed that some of the most maddening gender complications in security fields are the most practical. Ritchie dismissed the idea that basic biological differences between men and women cannot be accommodated by the military. Issues like urination and menstruation in the field go unspoken of and unsolved. “It’s really important to surface these things,” Ritchie said, “and say, ‘Okay, we know how to do it. Next!’” Lanier quipped, “I needed to know about that [diversion] device,” recalling being an officer walking a beat who never ate or drank on duty for fear of being unable to find a bathroom or having to balance her gun on her lap in a public restroom or put it on the floor where someone else could pick it up. “For women, even when I had to go, the whole gun belt has to come off.”

Motherhood, too, is a biological reality with which security institutions struggle. Ritchie cited the rate of unintended pregnancy among military enlisted women that is twice as high as their civilian counterparts—the result, she said, of an inability to address birth control and abortion frankly and openly. Hurlburt—a mother herself—expressed disbelief that even today, many believe motherhood and national security work to be incompatible. Newton-Small’s book exposes the fallacy in this, noting that many of the most senior counterterrorism officials in the CIA are women: “47 percent of the agency’s workforce is female, as well as more than 33 percent of upper management. Northern Virginia is home to numerous soccer moms who by day hunt Al Qaeda or ISIS.” Lanier specifically identified being a single mother as her primary motivation in becoming a police officer in the first place.

Assessing the past, present, and future of women in law enforcement and the military is an increasingly urgent task because of the renewed interest in community policing in the wake of Ferguson and because of the impending transition of women into the final remaining echelons of combat positions in units like infantry and the Navy SEALs. The difficulty of how to assess women especially, as Ritchie noted, maintaining standards without setting women up to fail—alongside male peers is a pressing question. What both sectors need, Lanier concluded, are policymakers with a “combination of common sense and courage” to determine the difference between necessary requirements and calcified, antiquated procedures that don’t actually evaluate job-relevant skills.

The impact that women can have is obvious from their results; in the meantime, the key to critical mass is a commitment to it on the part of women and men in these fields. At the end of the day, Lanier said, she owes a great deal of her advancement to male mentors who pushed her to try for new opportunities. “I don’t want to be looked at as a ‘female police officer,’” she stressed. “I’m a police officer”—one who pours everything she has and everything she is, including her gender, into getting the job done.