What You Need to Read, Listen, and Watch to Understand Immigration Politics and Activism

Curated by the Authors of “Driving While Brown” 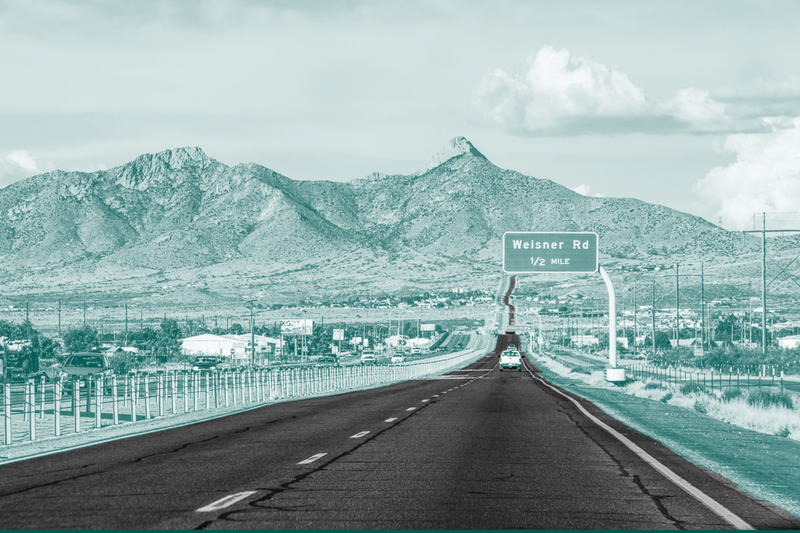 They share their must-read, must-listen, and must-watch pieces about immigration politics and immigration activism.

The Battle of 187, hosted by Gustavo Arellano (The Los Angeles Times and Futuro Studios, 2019). As a Californian who now calls Arizona home, I find it interesting that in recent years, the neighboring states represent opposite poles when it comes to the state-level approaches to immigration policy. This three-part podcast series takes you back in time to California in 1994 when voters approved a ballot initiative that would have restricted unauthorized immigrants' access to health care and public schools. Proposition 187 never took effect due to legal challenges, but as Arellano shows, it incited a backlash that forever changed the political character of the state.

Art of Power podcast, “Gaby Pacheco Corners the President.” (WBEZ, March 25, 2021) I am fascinated by how young people who were brought to this country as children without legal status, built the Dreamer social movement and gained the successes they did in a relatively short period of time. There are many key voices and moments in this movement. But I really enjoyed this podcast episode in which Pacheco tells her story how she and other dreamer activists compelled President Barack Obama to introduce the Deferred Action for Childhood Arrivals program.

Two Americans, co-directed by Daniel DeVivo and Valeria Fernández (2013), and “Joe Arpaio’s Surprising Legacy in Arizona,” by Fernanda Santos (Politico Magazine, Nov. 10, 2019). These are my top two recommendations for those who want to keep learning more about the Maricopa County story we cover in our book. DeVivo and Fernández began filming at the height of Arpaio’s immigration enforcement, and their powerful documentary contrasts the sheriff’s story with that of Katherine Figueroa, a 9-year-old U.S. citizen whose undocumented parents were arrested in one of the sheriff’s worksite raids in 2009. In her 2019 Politico Magazine article, Santos illuminates how Arpaio and Arizona’s wave of tough immigration laws inspired Latino activists to run for political office.

In Nogales, Joy Endures, by Alberto Ríos (High Country News, March 1, 2021). I was born into an Arizona-Sonora borderlands family, and have long written about the people, places, and politics of this special region, now militarized and ripped apart by distant politicians and restrictionist activists. No one chronicles this destruction more gracefully or fearlessly than the poet and novelist Alberto Ríos. In this essay, Ríos visits his home town and stumbles upon a surprising use for the border wall, one that lends hope for the recovery of all that has been lost.

To Sin Against Hope by Alfredo Gutierrez (Verso, 2013). I love this gutsy, open-eyed memoir of what it takes to combat institutionalized immigration-themed racism and cycles of white supremacy in law enforcement and in the halls of government, even when you’re exhausted. A Chicano activist mentored by Cesar Chavez, Gutierrez was shaped by the fact that his dad, an American citizen, had been deported to Mexico in the 1930s during one of the many times “Mexicans” were unfairly scapegoated for economic woes in Arizona. A must read for anyone interested in the emotional impact of wrongheaded, unconstitutional cycles of anti-Mexican, anti-Mexican American xenophobia in Arizona.

¡Ask a Mexican! by Gustavo Arellano (Simon & Schuster, 2008). Gustavo and I were staff writers for years on the same alternative weekly newspaper chain, and I have admired—okay, maybe envied too, just a tiny bit—his writing for years. His writing is a frontal assault on the stereotypes and clichés about Mexican Americans and Mexican immigrants that have fueled the immigration debate for decades. At once outrageously funny and honest, Gustavo’s comedic writing approach is its own kind of activism, and sets the stage for stereotype-shattering humorists like Desus and Mero. He has me laughing so hard I cry, and then I laugh again.