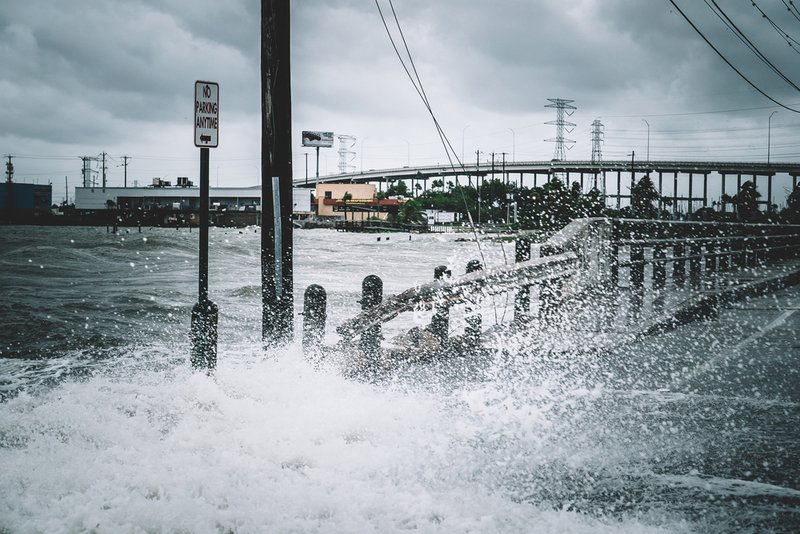 Washington, D.C.—Today, New America’s Resource Security program announced the recipients of the Weather Eye Award for Local Reporting. The award is part of RiseLocal, a storytelling project of New America’s National Network. The Weather Eye Award is a one-year partnership with three local reporters who have a strong commitment to disaster resilience in their communities.

We are pleased to announce our three awards winners:

Kiah Collier reports on energy and the environment for the Texas Tribune. Her reporting in The Tribune and ProPublica about the hurricane threat to Houston a year before Harvey hit was widely acclaimed as prescient. She now plans to continue reporting on the aftermath of Harvey and report on whether officials keep their resilience-building promises. In early 2017 she won a Peabody Award for her work on a project that examined a specific type of hurricane scientists say will eventually devastate the city of Houston.

Jacob McCleland is the news director at KGOU Public Radio based in Norman, Oklahoma. Jacob’s first story for the award will focus on severe weather and emergency communication in a multilingual community located in Oklahoma’s Panhandle. His reporting has been heard on NPR’ Morning Edition and All Things Considered, This American Life, PRI’s The World, and Harvest Public Media.

Simón Ríos is a radio reporter at WBUR, a public radio station in Boston. His reporting has focused on the inequality that manifests itself in many ways across the Greater Boston Area. For the award, he plans to write about how resilience to weather and climate change is undertaken across geographical and class lines. He has three first-place awards from the New England Newspaper and Press Association, and an Edward R. Murrow award for reporting on the reaction of Boston’s Jewish community to the 2016 presidential election. Originally from Boston, Ríos lives in Dorchester and speaks Spanish at home.

Previous research conducted through the Weather Eye project found that this type of reporter—a trusted source with acute knowledge of and vested interest in the local area—can be vital to a community’s resilience. New America’s goal is to highlight the important and timely work of the three selected reporters, and to support them by providing a broader national platform and financial support.

Each of the award recipients is responsible for writing four articles over the course of a 12-month period. The article topics will examine a range of issues facing their local areas, including political, economic, and social issues and how they interact with resilience to the weather.

The selected reporters have extensive experience investigating the effects of and local responses to severe weather in their communities. The states they report in, too, have a long history with the disastrous effects of severe weather, whether it be hurricanes in Texas, tornadoes in Oklahoma, or Nor’easters in Massachusetts. Together, the three reporters represent a diversity of region, weather type, and viewpoint at a time when the United States needs to continue the conversation on the way forward from last year’s slew of destructive disasters.

About RiseLocal: The Weather Eye Award is part of RiseLocal, a storytelling project of New America’s National Network. RiseLocal lifts up the stories of Americans who are doing extraordinary things to solve our public problems in their local communities; through these stories, RiseLocal will show that all Americans can be agents of change in their own communities. Stories supported by the RiseLocal project have appeared in Slate, Delmarva Now (an outlet targeted to Maryland, Delaware, and the Chesapeake Bay’s Eastern Shore), Pacific Standard, Belt Magazine (an online publisher targeting Rust Belt cities), and the Tulsa Voice.