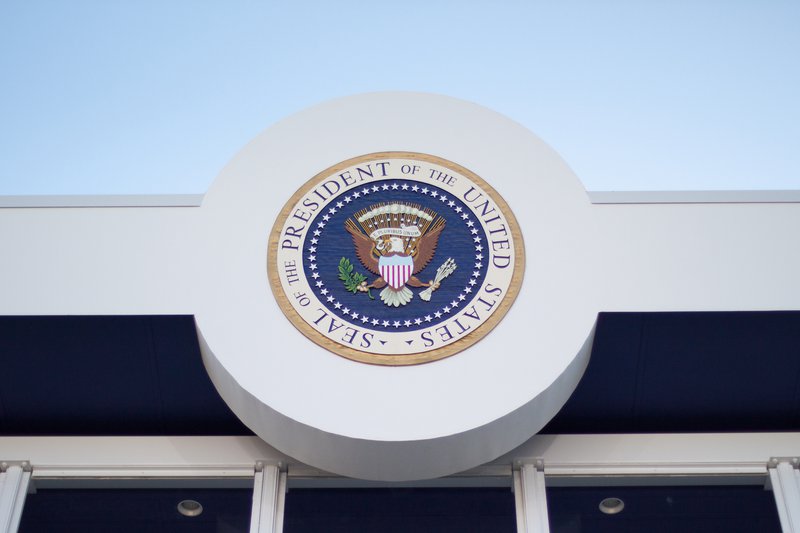 It’s official. President Biden and Vice President Harris have taken their oaths of office, and they wasted no time in getting a running start. Usually, the first 100 days of a new presidency have been a big target for major initiatives, but the Biden-Harris administration rolled out 13 executive orders just hours into the Biden presidency. In contrast, Trump released just one Day One executive order and Obama and George W. Bush didn’t release any in their first days.

The day one EOs released by Biden offer a declaration of the administration's priorities. Of the numerous EOs, memoranda, and statements released on day one, two focus on climate change: the EO on Protecting Public Health and the Environment and Restoring Science to Tackle the Climate Crisis as well as the announcement that the United States will rejoin the Paris Climate Agreement.

While these quick first steps put the United States back on the world stage and provide a foundation for unraveling the Trump administration’s environmental regulatory rollbacks, the Biden administration may consider quickly exhuming the Obama administration’s 2016 Presidential Memoranda on Climate Change and National Security. Doing so sooner rather than later will help get the national security apparatus thinking about and planning for a climate changed future, and could serve as a vehicle for more clearly defining Secretary Kerry’s new position. And as we learned under the Obama administration, releasing the memoranda late in his second term enabled a quick revocation by the Trump administration.

Presidents use various directives (Executive Orders (EO), Presidential Memoranda (PM), Proclamations, national security directives, and presidential signing statements) to achieve policy goals and enable uniformity in regard to managing certain policy issues throughout the executive branch, among other things. There’s a long history of famous cases where presidents exercise these powers in a way that draws widespread criticism—Lincoln’s suspension of Habeas Corpus and FDR’s internment of Japanese Americans, to name a few.

The differences between executive orders, proclamations, and memoranda are not well defined, in fact, the Constitution is absent any provision referring to these terms or a description of how the President is to use such powers. And there’s no constitutional provision authorizing Presidents to use them. Presidents instead derive this power as implied from Article II. As a widely cited Congressional study notes, even though the Constitution does not explicitly give these powers to the President, the President can use EOs that are “generally directed to, and govern actions by, Government officials and agencies,” albeit having “the force of law, even if they do not follow the same procedure as bills passed by Congress.”

EOs are required by law to be published in the federal registrar and have “the force of law,” whereas proclamations deal with “the activities of private individuals,” and lack the force of law “unless the President is given the authority over private individuals by the Constitution or a federal statute.” Memoranda, on the other hand, are known as EOs by another name, but are not required to be published in the federal registrar, do not require a citation of legal authority, and do not require OMB to issue budgetary impact statements.

Used by presidents since Washington, EOs cover a wide variety of policy areas and the frequency with which a President uses them varies. The chart below captures EOs released over just the past century, from 1921-2021. Presidents of this era had to exercise power differently, afterall, the executive branch grew from a few hundred thousand personnel in the late 19th-early 20th century to between 2-3 million during WWII through today. And to be fair, FDR was in office for almost four terms. Overall, Presidents Obama and Trump rank 16th and 17th, respectively, in terms of the number of EOs issued during their administrations, and although he is the 46th President, Biden already ranks 31st having released 19 EOs during his days in office.

President Biden and the Ghost of Memorandums Past:

Some directives generate quick outcomes, but others are rescinded or altered before achieving their intended purpose, as was the case with Obama’s 2016 Presidential Memorandum (PM) on climate change and national security, released about six weeks before Donald Trump was elected. This bold stroke to implement major change in the way the executive branch thinks about and plans for climate change died a fast death when the next occupant of 1600 Pennsylvania Avenue rescinded it just months after taking office.

This is not unusual. From 1937 to 2015, about half of the executive orders issued were altered or revoked by subsequent administrations. President Biden has already revoked a few himself.

It’s a little more unusual for a new president to reach back and re-establish an old executive action, but it’s possible in the case of the September 2016 PM. The PM established a framework for considering climate-related impacts in the development of national security doctrine, policies, and plans, as well as set up a climate and national security interagency working group to “coordinate the development of a strategic approach to identify, assess, and share information” concerning the current and projected climate impacts on U.S. national security interests.

In terms of the interagency working group representation, the memorandum explicitly states that the working group is to be chaired by the Assistant to the President for National Security Affairs (NSA) and Assistant to the President for Science and Technology, but allows them to delegate this responsibility. If the goal of appointing senior leaders inside the White House to chair the working group is to encourage accountability at high-levels, allowing designees seems at odds with that objective. The memorandum further required that each of the 20 departments and agencies be represented by someone at the Assistant Secretary or equivalent level, but again allows designees.

Although former Secretary of State John Kerry will serve as the first ever Presidential envoy on climate (with a seat as a principal on the national security council), the full extent of that role remains undefined, and as a nonstatutory member of the NSC, with no cabinet or agency under him, it remains to be seen how strong the position will be. Thus, it might be most effective to reestablish the working group from Obama’s memoranda with the National Security Adviser serving as the single chair of the working group, at least until Secretary Kerry’s position is fleshed out. Doing so places great responsibility in the hands of a respected leader backed by the most robust policy making apparatus (the NSC) which has the greatest capacity for vetting policy solutions and is most effective at pushing the necessary levers to implement change.

Memoranda are, however, brittle tools for shaping policy on issues with long time horizons. But, if released at the beginning of a president’s term, then perhaps the memoranda has greater impact; the timing of Obama’s memoranda was obviously not ideal given the outcome of the 2016 election. One way to ensure the President’s memoranda have more staying power, or at least more perceived legal legitimacy, is to pair them with existing legislation. The Global Fragility Act (GFA) and National Defense Authorization Acts (NDAA) come to mind. Some aspects of what Obama’s memorandum required of agencies are now required by the GFA and various NDAA’s, for example—bills signed into law under the Trump administration.

The GFA calls for establishing a Global Fragility Strategy with designated priority countries and regions; one of the criteria for making that designation is the consideration of “vulnerability to rising sea levels, flooding, drought, wildfires, desertification, deforestation, food insecurity, and human displacement.” And it seems like each NDAA is building on the previous, developing a legislative foundation for climate security: The FY18 NDAA recognized climate change as a national security threat and required DoD to provide to Congress a list of its most vulnerable installations; the FY19 NDAA strengthened installation resilience to climate impacts by updating codes for new military construction and also focused on the melting Arctic as an arena of great power competition; the FY2020 NDAA further builds on the resilience and construction requirements, by requiring that sea level rise projections be incorporated for construction in floodplains, for example; and the FY2021 NDAA requires an update to the 2014 Climate Change Adaptation Roadmap to include “a strategy and implementation plan” addressing ongoing and future climate impacts on the Departments missions as well as the overall geostrategic environment.

The Biden administration enters office with no shortage of crisis, and no amount of executive orders, memoranda, or proclamations are going to be enough to encompass the change necessary to heal the nation and effectively govern on climate and issues of human security; the scale of the problems exceed what a president can do with his own administrative powers, requiring the support of Congress. Although, the President is not hesitating to act—the second section of President Biden’s Executive Order on Protecting Public Health and the Environment and Restoring Science to Tackle the Climate Crisis describes climate change as harming the “health, safety, and security of the American people.”

I’m optimistic that Congress and the President will collaborate and usher in real change given that, with the Trump White House hostile to these issues, previous Congresses successfully wove bits and pieces of what was set forth in Obama’s memoranda into laws now on the books. Exhuming Obama’s PM on climate and national security (with some changes) at as early a date as possible would provide time for the national security apparatus to adjust course and begin integrating climate change into the way it thinks about and plans for the future.