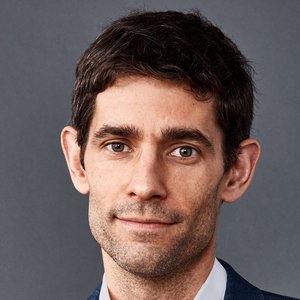 Nicholas Thompson, former Markle Fellow with the New America Fellows Program, is the editor-in-chief of WIRED, a position he has held since January 2017. Under his leadership, WIRED has broken massive, and much-lauded, stories about Facebook, cyber-warfare, the Robert Mueller investigation, and numerous other topics. It has launched a successful paywall and been named one of Ad Age's A- List digital publishers. It has also won a National Magazine Award for design and photography and various awards from the Society of Publication Designers.

Thompson is a contributor for CBS News and regularly appears on CBS This Morning and CBSN. He is a cofounder of The Atavist, a National Magazine Award– winning digital publication.

Prior to joining WIRED, Thompson served as editor of NewYorker.com from 2012 to 2017. Before The New Yorker, Thompson was a senior editor at WIRED, where he assigned and edited the feature story “The Great Escape,” which was the basis for the Oscar-winning film Argo. In 2009, his book “The Hawk and the Dove: Paul Nitze, George Kennan, and the History of the Cold War” was published to critical acclaim.

Thompson is a member of the Council on Foreign Relations and a former fellow in the American Strategy Program at the New America Foundation. He was a United States Truman Scholar and graduated from Stanford University.

The Hawk and the Dove

Book Review: 'The Hawk and the Dove' by Nicholas Thompso ...