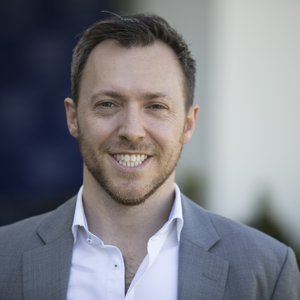 Dr. Levi Tillemann, Jeff and Cal Leonard Fellow, is Vice President for Policy and International AMPLE Inc. He is the author of The Great Race: The Global Quest for the Car of the Future (Simon & Schuster, 2015), an analysis of the rise of electric vehicles and the intersection between policy and innovation in the global auto industry, a former Obama administration advisor, and clean tech entrepreneur. He currently leads policy and international outreach for the robotics and electric vehicles company AMPLE Inc. Before that, Tillemann led the World Economic Forum’s Circular Cars Initiative. He is a globally recognized expert on autonomous vehicles, electric cars and micromobility. Previously, Tillemann was a partner at the consulting group Valence Strategic where he was responsible for vehicle electrification, autonomous vehicles, and micromobility. Tillemann was also CEO of IRIS Engines, Inc. and holds numerous patents for the IRIS Engine design. From 2012-2014 Tillemann served in the Obama administration as an advisor to the Department of Energy where he led a number of initiatives focused on infrastructure, electric vehicles, clean energy and advanced manufacturing. Tillemann was a fellow at the Washington DC-based think tank New America and writes for publications including WIRED, the Washington Post, and the New Yorker. He is also a regular guest on a variety of National Public Radio programs (Marketplace, 1A, Science Friday, etc.) as well as the Fox Business morning show “Varney & Co.” Tillemann holds a BA from Yale and PhD from Johns Hopkins School of Advanced International Studies. He speaks Chinese, Japanese, Spanish, and Portuguese.