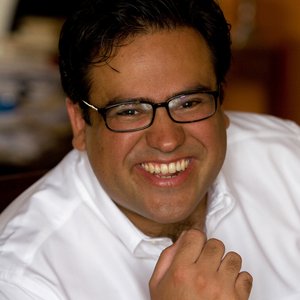 Gregory Rodriguez, publisher and founding director of Zócalo Public Square, is executive director of the Center for Social Cohesion at Arizona State University. He has written widely on issues of social cohesion, civic engagement, national identity, assimilation, race relations, religion, immigration, ethnicity, demographics and social and political trends in such leading publications as The New York Times, The Wall Street Journal, The Economist, Time, Newsweek, and the Los Angeles Times, where he is an op-ed columnist. The author of Mongrels, Bastards, Orphans and Vagabonds: Mexican Immigration and the Future of Race in America (Pantheon), which The Washington Post listed among the "Best Books of 2007," Rodriguez is at work on a new book on the American cult of hope. In 2012, Rodriguez was named a Goldman Sachs Senior Fellow at the Smithsonian National Museum of American History.