OTI to FCC: Broadband is Not Reaching All Americans 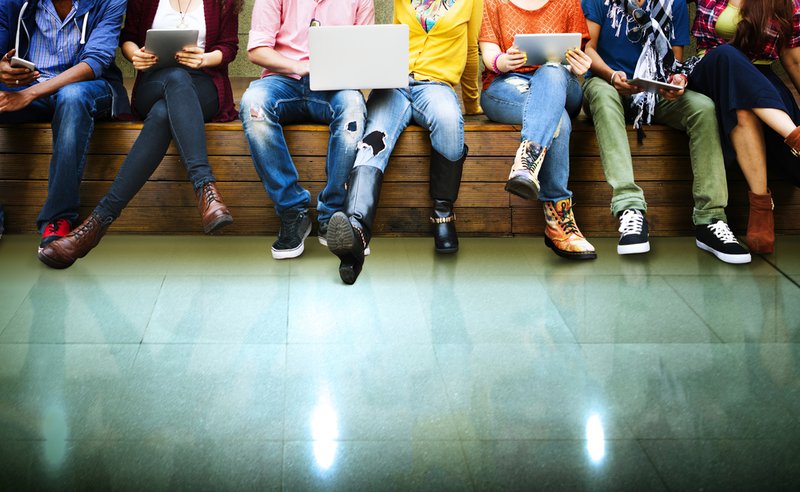 On Monday, OTI submitted comments to the Federal Communications Commission (FCC) giving feedback on the state of broadband deployment and access in the United States. The FCC is annually required to review whether “advanced telecommunications capability,” which includes high-speed broadband defined at 25 Megabits per second download/ 3 Megabits per second upload speeds, is being deployed to all Americans in a “reasonable and timely fashion.” OTI believes that high-speed broadband is not being deployed to all Americans, as evidenced by the country’s longstanding and persistent digital divide. If the FCC finds that this “reasonable and timely” requirement is not being met, federal law requires the Commission “take immediate action to accelerate deployment of such capability by removing barriers to infrastructure investment and by promoting competition in the telecommunications market.”

OTI submitted a wide range of recommendations to how the FCC conducts this annual review, including better data collection practices, increasing the benchmark for what the FCC considers “high-speed broadband,” and reiterating arguments from last year’s report that mobile broadband is not a substitute for fixed broadband.

First, the FCC must collect better data. The FCC currently relies on industry self-reported data from the FCC’s Form 477, which is known to overstate broadband deployment. Under Form 477’s flawed methodology, internet service providers (ISPs) “serve” an entire census block if they provide service to one address in that block, even if a large majority of households in that census block do not have access to broadband at those throughput speeds. Further, ISPs need only disclose possible speeds, not the actual speeds their customers experience. Additionally, there is no federal data on the price of broadband service. The FCC should expand its data collection program to include these important metrics.

Second, the FCC should reconsider its year-over-year approach to measuring broadband deployment. A year-over-year comparison will become a self-fulfilling prophecy as broadband providers are always investing in their networks. However, if the FCC does choose to continue its year-over-year review of progress, OTI urges the FCC to adopt clear parameters for how it is defining progress under Section 706.

Third, the FCC should not deem one provider as sufficient competition for “reasonable and timely” deployment. Last year, the FCC measured broadband deployment by taking the summation of populations across all census blocks with at least one Broadband Internet Access Service (BIAS) provider. This method is flawed, and provides a distorted picture of broadband availability considering the importance of competition in promoting broadband deployment. The FCC should examine the number of Americans with one, two, and three or more high-speed broadband providers, similar to what it has done in recent reports.

Fourth, the FCC should determine, as it did last year, that mobile broadband is not a substitute for fixed broadband. In the past year there have been no significant changes to the differences between mobile and fixed BIAS. While the two services together can be strong complements, mobile is still not a replacement for fixed. Consumers still see the services as distinct. And despite the predictions of mobile 5G networks, the FCC should not take these future and currently nonexistent networks into account when determining whether mobile broadband is or will ever be a substitute for fixed broadband.

Fifth, the FCC should increase its throughput benchmarks for the definition of “high-speed broadband.” The FCC should look ahead to future consumer needs in setting benchmarks, and adopt a symmetrical throughput benchmark for download and upload. In conducting its Section 706 review of advanced telecommunications capability, the FCC should be setting its goals to ensure that the United States is challenging other countries to have the fastest, most reliable, and most ubiquitous broadband access. As demand for faster broadband access with more capacity increases, the FCC needs to adopt higher benchmarks to accommodate burgeoning industries and a higher consumption of data for education, work, and entertainment.

Seventh, the FCC should work with state and local government counterparts to remove barriers to municipal broadband. Several states have laws that prohibit or restrict the creation of community broadband networks, which prevent local governments from investing in their own networks. Municipal networks can provide broadband where there was none, or provide higher quality broadband where a private provider is unwilling to serve the community’s needs—particularly in rural areas.

Finally, the FCC should promote spectrum-sharing frameworks in mid-band spectrum and free up more spectrum in the 6 GHz band to improve connectivity and bring high-speed broadband to unserved and underserved areas. In particular, the FCC should retain the rules for Priority Access Licenses (PALs) in the 2015 Citizens Broadband Radio Service rules governing shared use of the 3.5 GHz band. The FCC should also move to authorize licensed, point-to-multipoint use of the 3.7-4.2 GHz band so that fixed wireless providers can bring high-speed broadband to rural and other areas currently lacking access. The proposal would protect Fixed Satellite Service incumbents, and allow mobile carriers to buy licenses in a portion of the band, particularly in urban areas with high population densities to help build out their mobile 5G networks. Additionally, the FCC should free up spectrum in the 6 GHz band for unlicensed use, and to add capacity to Wi-Fi and other unlicensed technologies as demand for both grow.