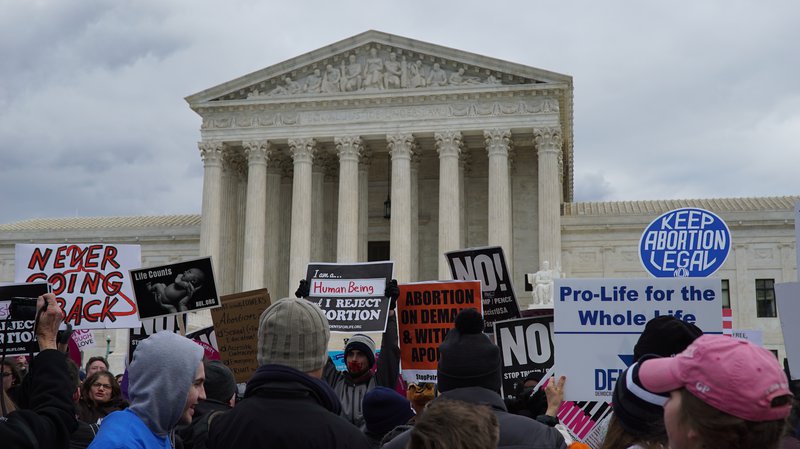 In America, one in four women will have an abortion in their life, so, to me, abortion is just basic health care. – Colleen McNicholas MD, Gynecologist

Forty-five years after it revolutionized abortion law in America, the landmark 1973 US Supreme Court case Roe v. Wade is once again at a crossroads. In their new documentary, Reversing Roe, filmmakers Ricki Stern and Annie Sundberg take a probing look at the state of abortion and women’s rights in America that goes beyond the divisive rhetoric.

Candid interviews with key figures from both sides of the divide, among them doctors Colleen McNicholas and Curtis Boyd; Sen. Wendy Davis and Gloria Steinem; Operation Rescue president Troy Newman; and National Right to Life president Carol Tobias, capture in rich dimension the politicization of women's health care and place us squarely in 2018 as we approach the midterms and the appointment of a new Supreme Court justice.

On October 4th, join New America NYC at Betaworks Studios for a screening of Reversing Roe followed by a conversation that challenges some of the myths and misunderstandings of reproductive rights and asks how the country got here—and where it may be going.

Doors will open at 6:00 p.m with the screening beginning promptly at 6:30 p.m. Seating is available on a first-come, first-served basis.

Follow the conversation online using #ReversingRoe and by following @NewAmericaNYC.