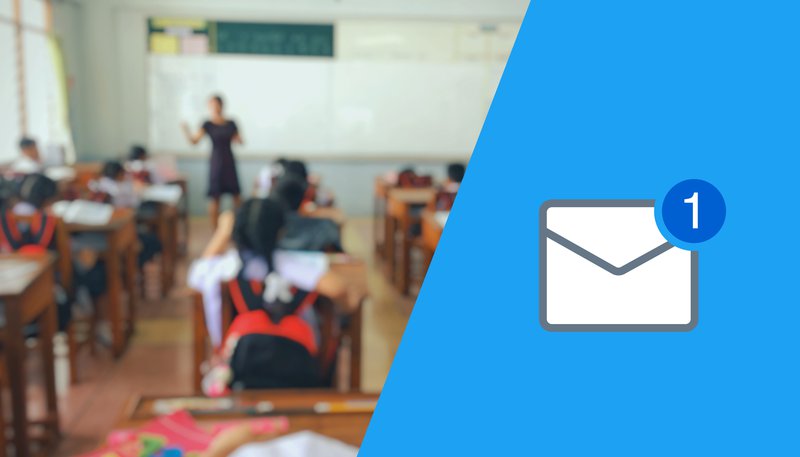 I started kindergarten in 1998 at Arco Iris -- a lively bilingual elementary school in Los Angeles. That same year California voters approved Proposition 227, the English Language in Public Schools Statute, which decimated the number of bilingual education programs in the state. There was no way for me to know it at the time, but Proposition 227 would affect my life, along with the lives of 1.4 million other English learners living in California at the time.

The origins of Proposition 227 were mired in politics. Republican businessman Ron Keeva Unz initiated and championed the proposition, which he saw as an ideological battle to rid California of its ineffective bilingual education programs. These programs, according to Unz, wasted resources and failed to assimilate non-native English speaking school children.

One reason why Proposition 227 resonated with so many voters was that its campaign was built upon people’s attitudes toward immigration and their assumptions about the effects of bilingual education, and not any research evidencing the effectiveness of “English-only” strategies. The movement itself was fueled by the 1996 Las Familias del Pueblo boycott, in which sixty-eight Mexican immigrant parents kept their children out of school due to their concern that not enough English was being taught in school. According to them, they came to America for their children to learn English; they could have stayed in Mexico for them to learn Spanish.

To this day, vocal critics of bilingual education worry it delays children’s ability to learn, read, and write in “proper” English. This worry has less to do with potential delays and more to do with the relationship between eradicating bilingual education programs and assimilation movements. In her case study of Proposition 227 Laure Olson, from the Sobrato Early Academic Literacy for English Learner Success Initiative, writes that the campaign for Proposition 227, “was just one episode in a broader and deeper societal struggle between fundamentally different perspectives about what holds a diverse society together and what constitutes common culture.” Indeed, according to a 1998 Los Angeles Times poll, 57 percent of voters who were in favor of the proposition stated that the reason was based on the assumption that, “if you live in America, you need to speak English."

The opposition campaign, led by educators and bilingual education researchers (chief among them the California Teachers Association), outspent the Unz’s campaign by approximately four million dollars, but still lost by a resounding 22 percent margin. Subsequently, most English learners in California public schools would be taught in English-only settings and those with the less English fluency would receive only short-term placement in intensive English immersion programs before being moved to mainstream classes, usually in less than one year.

During the two decades that Proposition 227 was in place, results were mixed. Test scores for English learners initially improved and supporters of the proposition rallied behind this improvement, despite the fact that English learners were losing competencies in their home language. But in 2000 when the California Department of Education contracted with the American Institutes for Research to conduct an evaluation of Proposition 227, they found that the English-only approach had not significantly improved the academic outcomes of bilingual students.

The declining number of available bilingual programs and certified bilingual educators may have partly driven several districts in the state to overlook 20,000 limited English proficient learners in 2010. The ACLU of Southern California and a coalition of civil rights groups filed and won a 2014 lawsuit against the state of California for refusing to act when more than 250 districts failed to provide limited English proficient students legally mandated language instruction. More than half of those 20,000 students resided in seven districts; among them were Compton Unified and Los Angeles Unified, where I spent my formative K-8 years.

For those students who remained in bilingual education programs, native language fluency retention remained substantial and was accompanied by many other positive academic outcomes. A 2014 Stanford University study of fifth grade ELL students in San Francisco found that those who remained in bilingual programs through waivers demonstrated equal proficiency in English compared to English-only programs. A San Jose University report found that high school students that were a part of bilingual education programs in elementary school were more likely to value their bilingualism and have positive attitudes about attending college.

My own language trajectory followed the dominant narrative and underscores what was misguided in this approach. While my schools transitioned away from bilingual education, I mastered standardized tests at the expense of fluency and academic capacity in my native tongue. Later in life at an additional personal expense, I took courses in Spanish to overcome the fluency I had lost. The teacher professional development I received as a bilingual teacher candidate also had to support me in developing the high-level academic language in Spanish I would need to support students. Other teacher preparation programs are also recognizing the need to support bilingual teacher candidates whose second language proficiency was affected by English-only education.

Eighteen years later in 2016, California voters decided to change course and approved Proposition 58, the English Proficiency, Multilingual Education Initiative, which repealed key provisions of Proposition 227 and effectively allowed non-English languages to be taught again in public schools without parental waivers. Supporters saw this as a watershed movement; evidence of evolving electorate attitudes, due in part to evolving demographics. But new research suggests the passage of Proposition 58, may not have been a wide-scale reaffirmation of multicultural and multilingual values.

Supporters of Proposition 58 believe that its passage marked a reaffirmation of bilingual education and an acknowledgment of its benefits. Though many credit this shift to evolving mindsets and changing demographics, a 2017 study by researchers at the California Journal of Politics and Policy suggests that clever marketing strategy, not evolved mindsets, reinstated bilingual education in California.

Results from the study showed that overall opinions regarding bilingual education and English proficiency changed very little in the years between Propositions 227 and 58.  In fact, researchers found that a combination of keen ballot language - making the first words of the petition “English Proficiency” -- and a fundamental lack of understanding of Proposition 58’s mission by white voters, ultimately led to its passage. The study’s authors believe that this combination also explains why so many white Californians who voted for Proposition 227 also voted for Proposition 58, which repealed the heart of the former.

Though Proposition 58 proved that the needle on reestablishing bilingual education programs in California can be moved, protecting bilingual students’ right to bilingual education should not and cannot rely on creative massaging. The important, but difficult, next step is to convince Californians of the value of cultural and language diversity. And Proposition 58 has given us an opportunity to do so. Thanks to the hard work of advocates, bilingual kindergarteners and English learners across California now have the opportunity to embrace their home language -- an opportunity that may lead to a shift in our collective values.