The Opportunities and Inequities of a Global Internet 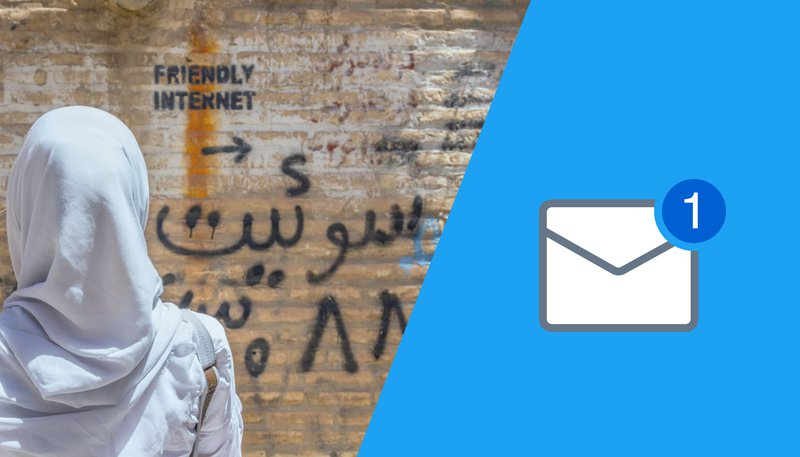 The first time that I saw a computer was in the late 1990s in Nairobi, Kenya. I remember my mother explaining to me that this program called Netscape let her connect to the rest of the world. My five-year-old mind could barely wrap itself around this concept. How could such a small blue and black icon connect me to the rest of the world?

Flash forward four years to when I was living in Italy and using the internet regularly to email my best friend who lived halfway across the world. We spoke almost every day, until her parents one day read a chain e-mail she had been sent and revoked her access to the internet. They were afraid she was engaging with “unsafe” material. A few months later my own internet access was revoked by my parents. I had downloaded too many emoticons for MSN Messenger from shady websites, and our computer had acquired a virus. I had no idea what that meant at the time, all I knew was that there was a big, blue screen, nothing worked, and my parents weren’t very happy.

When I moved to Ethiopia in 2005, I was told that in order to connect to the internet I would have to use a dial-up service. Everyone I tell that to today laughs, but that was commonplace for me and all of my friends. We rarely used the internet for homework, we bought all of our movies on DVDs (or even better, Video CDs or VCDs), and we knew that if you called someone's house and the phone line was busy, it probably meant that they were using the internet.

My experiences of using the internet had thus far seemed normal. It was only when I moved to New York City for high school that I found that this was far from the norm in the United States, and that there were significant inequities in terms of global internet access and use. Everyone in school in New York had had something called a MySpace - an early social media platform that I was completely unfamiliar with. I later found out that most people in Ethiopia had shied away from using it for fear that it would be banned by the government (as text messages had) due to its potential as a tool for political activism and organization. This “new,” speedy internet held all sorts of other unexpected and compelling finds. I could now watch a full-length movie on YouTube without having to wait hours to stream just one minute of it.

It didn’t take long before I got used to broadband internet. I watched movie after movie on Netflix. I had a Tumblr and shared frustration with my friends when we tried to follow blogs that had turned their privacy protections on (how were you supposed to get any followers? Who would want that?!). And of course I can never forget the platform Formspring, which at the time was everyone’s favorite destination for learning about the intimate details of their classmates’ lives. Looking back, however, I realize how Formspring acted as a cesspool of hate, cyberbullying, and a grave misuse of anonymity. Despite the roller coaster of positive and negative experiences I had on the internet in New York, I made full use of everything that a first world internet connection offered me. I grew so accustomed to these experiences that I expected them to continue when I moved to Indonesia for my senior year of high school.

Although I spent the majority of my life living in countries where barriers to internet access were common, moving back to a country where these barriers still existed felt like a slap in the face. How easily spoiled and accustomed I had become to having reliable and open internet in my life amazed me. I still remember the day my application to the University of California, Berkeley, the university I eventually attended, was due. I almost missed the application deadline because it had rained and all of the internet infrastructure in my region of the city was down. Similarly, one night in Jakarta, my friends and I became lost and were unable to map our route home because we’d all run out of data and phone credit. Another time, as I attempted to study for my biology final exam, I searched the web for  “human anatomy” and found that a number of the websites I needed to visit were blocked because regulating authorities had deemed the websites inappropriate and unsafe.

Growing up and moving between spaces with varying levels of internet access I realized that the policies and circumstances that hindered my access to a safe, reliable and open internet were inconveniences -- one less social media profile with my name on it, one hour longer of buffering the new episode of Game of Thrones, and one university application deadline that was nearly missed. But for millions around the world, these policies and circumstances mean very different things. They mean not being able to exercise freedom of speech against an oppressive government, they mean waking up one day to find that your child has committed suicide because someone cyberbullied them, and they mean your small business not being able to function because the internet is out, yet again. For many, these experiences are difficult to grasp, but for others, they are an undeniable reality.

I have grown up in a generation that has watched the internet become a powerful tool with the potential to profoundly transform and empower its users. But I have also seen how access to the internet and its associated empowering experiences are spread disproportionately around the world. My experiences with the internet around the world have been eye-opening, frustrating, and insightful. They have exposed me to the inequities and achievements of the internet as a resource, and have driven me towards ensuring everyone has free, safe and reliable access to it.