Will North America Become the Next Saudi Arabia? 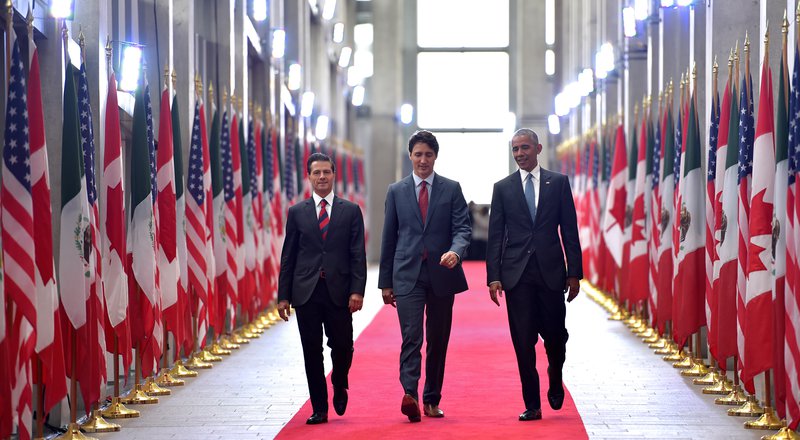 Not long ago Washington policymakers spent a great deal of time bemoaning our ever increasing dependence on foreign (especially, alas, Middle Eastern) oil. Rarely has such pessimistic groupthink proven so misguided. North America is blessed with a number of comparative advantages when it comes to producing energy at a low cost, and Canada's increased oil production, innovation in alternative energy research, Mexico's historic energy reforms, and the shale revolution across the region have only accentuated North America's potential to become the world's dominant energy superpower.

On the heels of the North American Leaders Summit, Future Tense and the Wilson Center's Canada Institute invite you to join them for a conversation on what it will take for North America to fulfill its energy potential. People tend to obsess over the monthly gyrations of oil prices and the latest regulatory battle over shale or pipeline-building, but we want to look forward to 2050. With the new North American Climate, Energy, and Environment Partnership what concerted steps should Canada, Mexico, and the United States be taking to ensure that North America will become the world's leading energy power for generations? And how can this region lead the world not only in output and economic growth, but also in setting new standards of environmental responsibility and sustainability?

Follow the conversation online using #NAenergy and by following @FutureTenseNow.

Future Tense is a partnership of Arizona State University, New America, and Slate.