Family child care providers have been organizing for decades, but it has been difficult to secure collective bargaining rights 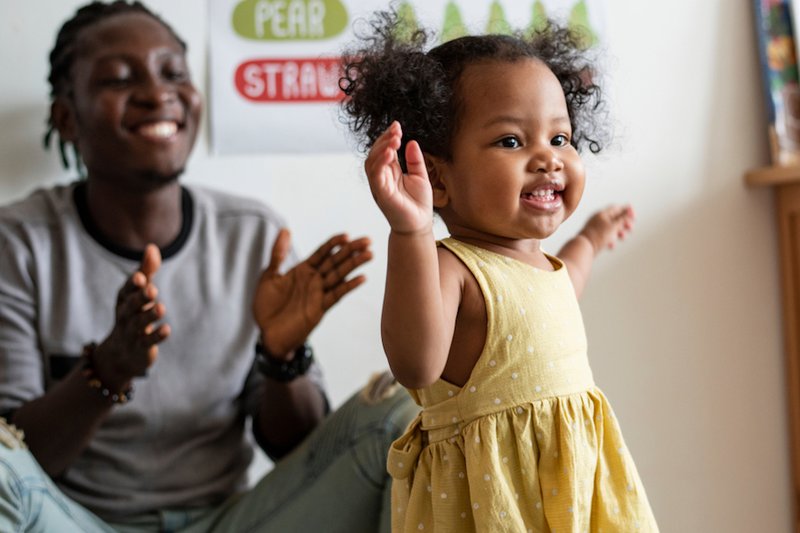 The COVID-19 pandemic made clear just how essential child care is to our economy and society. A strong, stable, and high-quality child care workforce is a critical element of a competitive and inclusive economy in which everyone who wants to work is able.

Despite this, the child care workforce remains underpaid and undervalued. Child care workers,* a large portion of whom are women of color, generally earn low wages, ranging from $8.94 in Mississippi to $15.36 in the District of Columbia, with a median wage of $11.65 per hour across settings. Additionally, these workers rarely have access to basic benefits like paid sick days or health care. Between 2014 and 2016, more than half of child care workers were enrolled in at least one public support program.

These workers also face barriers to training and further education, lack viable career advancement opportunities, and often do not have access to a union and collective bargaining power. These poor working conditions not only impact well-being and turnover, but also jeopardize the ability to provide high-quality care to children during their formative early years.

Family child care (FCC) providers have been organizing for decades, but it has been difficult to secure collective bargaining rights. Because they are usually independent providers, they are not protected under federal discrimination and worker protection laws. Recently, the issue of collective bargaining for child care providers has been gaining more attention: as a candidate, Joe Biden included the right for providers to collectively bargain in his platform.

In a new report, we explore effective strategies for organizing both home care workers and FCC providers in pursuit of improved wages, benefits, training, and career advancement opportunities. We chose to pair these sectors because these workers help make all other work possible. They are also both funded at least partially by public dollars, Medicaid in the case of home care workers and state child care subsidies for FCC providers serving families with lower incomes, indicating that public policy has a role to play in determining the working conditions of these workers. Additionally, both sectors have had some success with collective bargaining in recent years but have struggled to expand beyond specific locations or subsets of workers. We set out to identify factors driving successful organizing and improved job quality and to offer policy recommendations to build on existing models.

From February to April, we conducted over 30 interviews with experts, care providers, and union representatives, focusing on three states. The report outlines key considerations for improving care worker job quality through organizing. We also include case studies on care worker organizing in California, Illinois, Washington, and the Cooperative Home Care Associates (CHCA) in New York City, selected based on the effectiveness of organizing strategies in each.

The independent nature of running an FCC program has impacted why workers organize. In addition to the desire for better pay and benefits, the desire to organize partially stems from the independent and sometimes isolating nature of this work. Working from their own homes, FCC providers do not necessarily have contact with other providers. Pamela Franks, an FCC provider in Springfield, IL who has led her program for more than 20 years, explained the toll this work can take: “Just imagine day-to-day being isolated....Some providers are isolated because it's just them. Being away from people and trying to provide all of these services....It makes you burn out. People don't understand that this job is stressful.”

Currently, FCC providers in about a dozen states have secured the right to collectively bargain via executive action, legislative reform, or ballot measure. FCC providers’ success in securing collective bargaining rights has hinged on the ability to establish a state government entity with which to negotiate. Under federal labor laws, state or local governments are under no obligation to recognize or negotiate with unions representing FCC providers. As self-employed individuals, FCC providers face additional hurdles to collective bargaining because they are subject to state and federal antitrust laws that prevent them from engaging in anticompetitive activities, such as negotiating wage rates. The way around antitrust laws is to secure a legal exemption via legislative reform or executive action.

Following in the footsteps of home care workers, FCC providers in multiple states have pushed for the establishment of the state as the employer of record as well as the authority to unionize and collectively bargain. In Illinois and Washington, statewide organizing has not only led to increased subsidy reimbursement rates for FCC providers, but also state contributions to a health insurance plan for workers. While home care workers have been able to negotiate higher wages, FCC providers instead focus on reimbursement rates, which may or may not translate to higher wages based on the provider’s other expenses.

California is the most recent state in which FCC providers have won the right to collectively bargain. In September 2019, Governor Gavin Newsom signed legislation that granted the approximately 40,000 FCC providers in the state who receive subsidies the right to collectively bargain and organize. The newly formed Child Care Providers United union has already secured tangible benefits for its members.

In the union’s first major victory, the legislature approved $144 million in federal funds to provide financial relief to providers in the wake of COVID-19. The funds will be used to provide one-time stipends for providers of $525 per child in subsidized care as of November 2020, allow 16 additional paid non-operational days for COVID-19 closures, and form a working group of union and state representatives to review how to provide additional financial relief for providers through the federal CARES Act. And, just last week, the union announced that it had reached agreement with the state on its first collective bargaining agreement. The agreement, if ratified by the union’s members, would increase reimbursement rates for providers by at least 15 percent and set aside $40 million for professional development.

It is important to note that child care workers in center-based programs have had less success with organizing than FCC providers. Making up a majority of the workforce, these professionals are also subject to low reimbursement rates and are often poorly compensated. Center-based workers are afforded federal protections as traditional employees, but achieving collective bargaining rights has proven more challenging for these workers because the center-based child care industry is less centralized.

When attempting to organize at the individual center level, employees have a traditional employer with whom they can bargain, but their numbers are likely small and high turnover rates make it hard to form a collective bargaining unit. Any gains secured at the center level do not automatically extend to other center-based workers. Having varied employers can make it difficult to organize across worksites when pursuing sector-wide organizing, and high turnover can make it difficult to get enough employees on board.

Check out the full report for a list of policy recommendations and for detailed case studies focused on improving care worker job quality through organizing.

** A note on terminology: there are a wide variety of terms used to refer to those caring for and educating young children, and they often vary by the age of children served, the location, the funding stream, and more. The report discussed in this post uses the term “child care worker” to refer to early childhood educators working in child care centers or family child care programs. “Child care worker” is the term used by the Bureau of Labor Statistics to mean those who “attend to children's needs while helping to foster early development.” The report focuses predominantly on family child care providers, those who run a child care program out of their home.