One of only four programs of its type, Centralia's applied bachelor's in diesel technology strikes the right balance of breadth and depth in academic and industry-focused higher education. 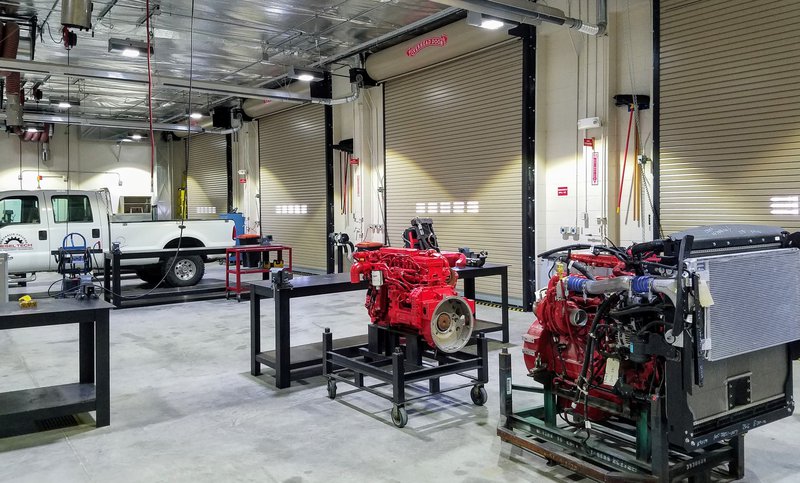 “I’ve had very few moments in my life where it just clicked,” says 23-year-old Taylor Overhoff. “It kind of sounds corny, but I knew that this was what I wanted to do in my life.” The moment came when he walked into the diesel technology shop at Spokane Community College in eastern Washington state. “It was the smells, the feeling, the atmosphere—and the students, they looked like they knew what they were doing,” he says. “I knew I wanted to be part of that.”

Diesel engines power much of the heavy machinery that delivers the comforts of modern life. But as widespread as diesel engines are, the average American might struggle to explain their rudiments: how they differ from gasoline engines, for example, or how their two- and four-stroke variants work.

For a diesel technician who knows what they’re doing, however, these basics are just the tip of the iceberg, especially as diesel technologies expand and evolve. Mechanics can no longer simply “turn wrenches”: they must know the ins and outs of emissions standards, electronic engine control modules, and modern biofuels. So must diesel professionals in a wide array of roles in management, sales, and testing and quality assurance.

Now a student in Centralia College’s Bachelor of Applied Science in Diesel Technology (BASDT), on the other side of Washington state, Overhoff and his classmates will be prepared to move into and between lucrative positions doing any of these jobs. One of only four diesel technology bachelor’s degree offerings in the United States, Centralia’s program has distinguished itself among both students and employers, who come from as far afield as Montana and central California to train and recruit.

There are many more diesel technology associate degree programs out there—at least 300 nationwide, according to the National Center for Education Statistics’s College Navigator. So why did Centralia create a bachelor’s program? And why do students like Taylor Overhoff—and major diesel tech employers like Caterpillar, Kiewit, and Wärtsilä—choose it over the others? 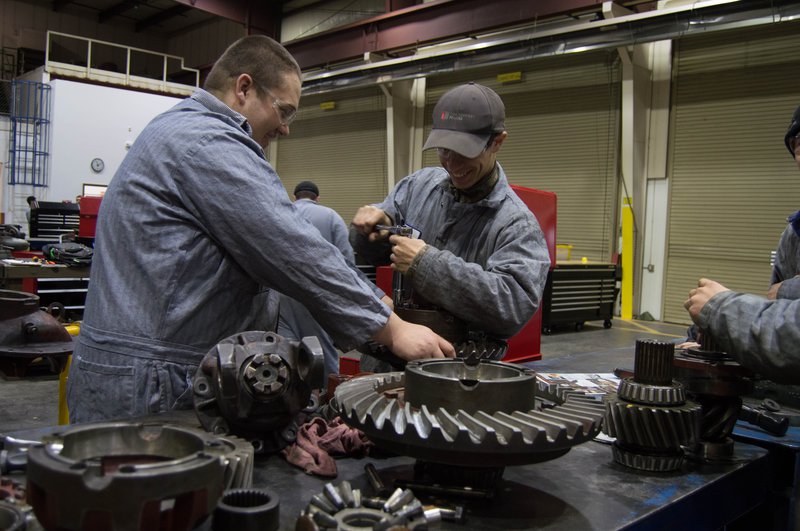 A new degree for a changing field

The Great Recession fell hard on many diesel technology companies, and especially on younger technicians in the talent pipeline. “They went and retrained, and found other professions,” says Centralia professor Tyson Lucas. “That left a gap between the senior techs who stayed on and the new techs who came in from 2010 onwards. Just that couple-year gap made a huge impact—you’re talking about a ten- to fifteen-year age difference between junior and senior techs.” Now, like many industries, diesel employers face a human capital crunch ahead of a wave of retirements.

Prof. Lucas attributes this partly to the evolution of diesel technologies. A Centralia-trained diesel technician himself before beginning his teaching career, Lucas noticed that many similarly trained new hires “just didn’t have the basics” that his BASDT students learn over their additional two years of study. But broader technical skills aren’t the only advantage of the bachelor’s program—general education coursework adds value, too. “There’s a lot of writing involved in our trade, and you need to be able to write fluently and correctly,” says Overhoff. “It can’t just be: ‘Your engine blew up.’”

Located halfway between Seattle, Wash., and Portland, Ore., Centralia College was well-positioned to respond to the surge in demand for highly-trained diesel technicians along the west coast. As required by Washington state law, the diesel technology bachelor’s program built on an existing applied associate degree. When the program launched in 2014, Centralia already had many of the facilities and instructors necessary to teach more advanced topics in diesel technology.

It had also cultivated a tight-knit, multi-state employer community, which has continued to invest in student success. Montana-based Modern Machinery employs transfer students part-time, and provides tuition reimbursement for their bachelor’s-level coursework at Centralia. Papé Machinery, another large regional employer, recruits BASDT graduates into a fast-track management pathway that starts with a two-year company-wide rotation and a $60,000 salary. 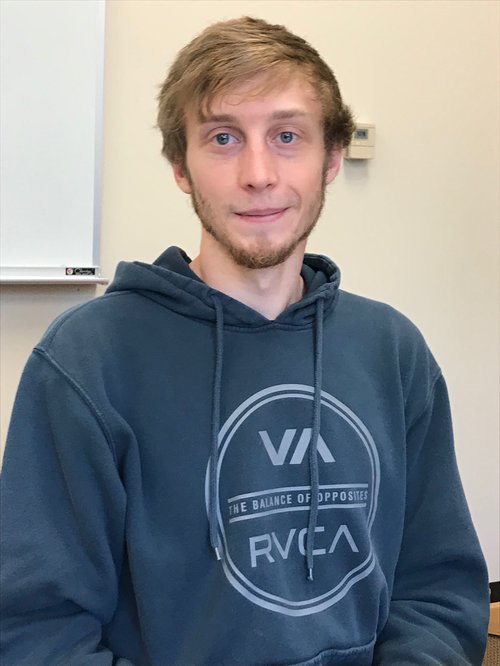 Taylor Overhoff says he looks forward to similar career opportunities once he graduates, and is effusively appreciative of his teachers and classmates. Like many of the other eighteen students in his cohort, he came a long way to pursue the diesel technology bachelor’s at Centralia.

A Spokane native, Overhoff knew in high school that he wanted a four-year degree. After starting a four-year IT program, though, he realized coding wasn’t for him, and he switched to Spokane Community College's applied associate in diesel technology following his "click" moment in the diesel shop. A visit from Jake Fay, dean of instruction for healthcare and industrial trades at Centralia, finally led Overhoff to the BASDT.

Centralia is a five-hour drive across the state from Spokane, but was still the closest option for Overhoff. That was an important factor: Overhoff’s infant son and his girlfriend, who is also finishing college, are still in Spokane. Overhoff returns for weekend visits every second Friday, and plans to move back when he finishes his program in 2020. Though there aren’t nearly as many jobs for diesel technicians in Spokane, Overhoff is confident that he’ll be able to land one with his BASDT.

He’ll also have a better chance of spending his whole career working in the diesel industry he loves, even if he stops working as a technician. That’s a reality that aspiring diesel technicians must confront. “It’s common in most shops to see one or two mechanics who are 50 to 60 years old, who can’t hardly walk but can’t leave the shop because they don’t have the skills to do anything else,” Prof. Lucas says. Lucas, who is in his thirties, had his own career as a diesel technician cut short by nerve damage in his right hand—his wrenching hand.

Whether or not Overhoff and his family move again, and however long he stays turning wrenches, he can rest assured that his bachelor’s degree will carry him in the job market. With the right mix of general education and in-depth technical knowledge—and support from a dedicated community of educators and industry partners—Centralia’s applied bachelor’s program is setting up Overhoff and his classmates for career success in diesel technology, wherever or whatever the job may be.