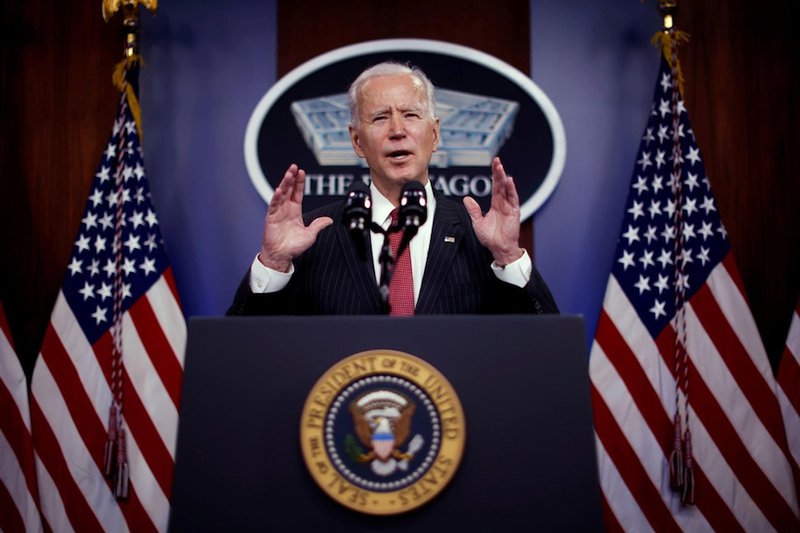 Today marks 100 days since Joe Biden was inaugurated on January 20. While the 100-day mark is an artificial milestone, it can serve as a useful exercise for looking back at what has been accomplished in the first three months of the Biden presidency. On the early care and education front, these first 100 days have been marked by historic legislation that has already become law and by ambitious proposals that, if passed into law, would dramatically expand federal funding for education from cradle to college. Below I highlight the actions that President Biden has taken in his first 100 days in office related to early care and education:

On March 11, President Biden signed the $1.9 trillion coronavirus rescue package known as the American Rescue Plan into law. The contents of the law are wide-ranging, with billions of dollars going to state and local aid, expanded unemployment insurance, vaccination programs, $1,400 stimulus payments to individuals, and school reopenings. The law includes a total of $39 billion in child care relief funding: $15 billion in emergency relief to states through the Child Care and Development Block Grant (CCDBG) program and $24 billion to states through child care stabilization grants. The law also includes $1 billion in additional funding for Head Start programs. Additionally, the law expands the child tax credit, the earned income tax credit, and the child and dependent care tax credit. The child tax credit is increased for one year from $2,000 to $3,000 or $3,600 per child depending on the age of the child, and 50 percent of the credit will be paid in advance to families. Researchers predict the changes to the child tax credit could cut child poverty by about 45 percent.

On April 15, the White House released a fact sheet highlighting the child care funding included in the law. In a speech on the same day, Vice President Harris pointed out that the law represents “the single largest investment in child care in the nation’s history” and will supply states with enough money to provide over 800,000 families with child care subsidies.

On March 31, the White House announced details of the American Jobs Plan, a plan that would invest over $2 trillion in infrastructure improvements across the country. The proposal includes $100 billion to upgrade and build new public schools, with $50 billion coming in direct grants and another $50 billion through bonds. It also calls for a $25 billion investment to help upgrade child care facilities and increase the supply of child care. A new Child Care Growth and Innovation Fund would assist states in building up the supply of infant and toddler care in high-need areas. The plan also calls for an expanded tax credit to encourage employers to build child care facilities and provide on-site child care for employees.

Earlier this month, the administration released the outline of its FY2022 discretionary funding request. The $1.5 trillion federal spending plan calls for a historic funding increase for the Department of Education of about 41 percent over its current allocation, with most of the new funds targeted for the Title I program that funds schools with large concentrations of students from families with low incomes. It also calls for a funding boost of approximately 23 percent for the Department of Health and Human Services, which oversees many important early care and education programs. Specifically, the request includes funding increases of $1.5 billion for CCDBG, $1.2 billion for Head Start, $175 million for the Preschool Development Grant Birth through Five (PDG B-5) program, and $250 million for IDEA Part C which supports early intervention services for infants and toddlers with disabilities or delays.

If past budget requests from previous presidents are any indication, there’s a high likelihood that Congress will mostly ignore the precise details of President Biden’s funding request, but the request sets the tone for the upcoming budget debate. President Biden is expected to release his full budget request later in the spring.

The morning prior to President Biden’s address to a joint session of Congress, the White House released a fact sheet detailing the provisions included in the $1.8 trillion spending and tax plan that, if passed, would significantly expand access to education and safety-net programs for American families. The plan calls for $225 billion in child care funding to make child care more affordable, improve the quality of care, and invest in the child care workforce. In his speech, President Biden stated that the plan “guarantee[s] that low- to middle-income families will pay no more than seven percent of their income for high-quality care for children up to the age of five. The most hard-pressed working families won’t have to spend a dime.” These provisions are very similar to what is proposed in the recently reintroduced Child Care for Working Families Act.

The plan also calls for spending $200 billion to establish a national partnership with states to offer free, high-quality pre-K to all three-and four-year-olds, potentially benefiting five million children and saving the average family $13,000. Employees in participating pre-K programs and Head Start would earn at least $15 per hour and those with comparable qualifications would receive compensation equal to that of a kindergarten teacher. Early educators would receive job-embedded coaching, professional development, and help earning credentials through scholarships and tuition-free community colleges. As we’ve mentioned before, universal access to pre-K should be a central part of the nation’s economic recovery. The plan also calls for extending the expanded Child Tax Credit through 2025 and making it permanently fully refundable.

If passed into law, the amount of spending on child care and universal pre-K in the plan would truly be historic. As legislative negotiations over the proposal begin, it will be important to keep in mind that child care and pre-K are not separate systems with differing value to children, but that both are important components of a high-quality early learning continuum. The plan is an opportunity to build on the money already included in the American Rescue Plan since we know that stabilizing the ECE system will require larger, longer-term public investments in addition to emergency COVID-19 relief funds.

It’s no overstatement to say that President Biden’s actions in his first 100 days have helped to make historic ECE investments a reality thanks to passage of the American Rescue Plan. With the other plans he’s now outlined, the rest of 2021 could usher in a systemic transformation of ECE in this country if Congress can provide the votes to make his plans a reality.