Stronger Mathematics Curricula for Early Learners - It Just Adds Up 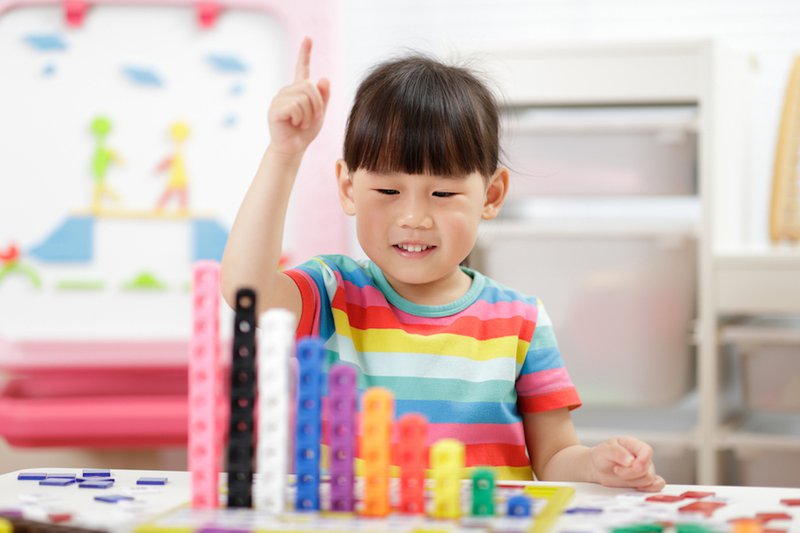 A strong understanding of math concepts can have positive effects on early learners' academic success, executive attention, and inhibitory control. However, research suggests that learning gaps in science and mathematics start early for children and can be pervasive throughout their K-12 careers. These gaps may be due in part to the overwhelming focus on literacy instruction in some early childhood classrooms that can come at the expense of other subjects. Early math intervention in pre-K could potentially mitigate mathematics learning gaps and set students up for success as they transition into kindergarten and elementary school.

Part of the challenge is that many of the most widely used pre-K curricula have proven to be ineffective in fostering math gains, while other curricula have not been evaluated at all. At the same time, adoption of the Common Core State Standards or similar standards by many states has increased rigorous standards for learning starting at kindergarten. For example, it is now a common expectation for kindergarten students to be able to count to 100 by ones and tens and write numbers one through twenty. Since kindergarten is an important foundation upon which learning is built in later grades, gaps in students' mathematical skills at an early age are worrisome.

More effective pre-K math curricula are needed, and a recently published study offers hope for developing a pre-K curriculum that provides strong math content knowledge for young children. In a replication of an earlier study carried out in 2008, researchers measured the impacts of a strong evidence-based mathematics curriculum for pre-K students. Researchers conducted a randomized control trial across rural districts in California. The study was conducted in Head Start programs as well as state-funded pre-K programs and elementary schools. The majority of families and students who participated in the study were Hispanic/Latino and identified as low-income families.

The authors found that children who participated in Pre-K Mathematics had positive and significant mathematics outcomes in pre-K compared to the control group, replicating previous findings. Students’ academic gains were maintained throughout kindergarten with the implementation of the ELM curriculum. These data provide support for the idea that mathematics knowledge for children from low-income families can be accelerated and socioeconomic status-related gaps can be reduced through the implementation of evidence-based mathematics programs at an early age.

These findings also highlight the value of using strong evidence-based curricula throughout all grades. In the current study, positive gains in math decreased by the end of first grade. Researchers found two-thirds of teachers were using a curriculum in first grade that was not aligned to Common Core standards or had not been evaluated for effectiveness. This lack of evidence-based curriculum in first grade may have led to a decline in academic gains that students had previously made, as a lack of alignment between grades can have a negative impact on students’ academic outcomes.

Although these findings present important implications for early childhood education, the limitations of this study should be noted. This study was conducted within only rural districts in California and focused on Latino/Hispanic students from low-income families. Given the diverse nature of classrooms across the nation, these students are not representative of the entire population of students in the United States, so these findings should not be over-generalized.

Additionally, positive math outcomes initiated through the use of the Pre-K Mathematics and ELM curricula might partly be attributable to the fact that teachers in the study received several days of training in the curricula before using it, followed by on-site coaching once or twice a month to help with implementation. This type of comprehensive training for teachers on math curricula is rare in early childhood programs. Providing quality professional development for early childhood educators comes with unique challenges, such as time constraints, differences in practice settings, and a lack of consistent standards among pre-K programs. This study shows the promise of providing ongoing, job-embedded professional development to early educators. In this case, comprehensive training likely contributed to significant academic gains for students.

Much work still needs to be done when it comes to providing all students with an enriching evidence-based mathematics curriculum in pre-K and the early grades. While these changes will take time, this study provides encouraging evidence for the potential role of evidence-based curricula in reducing mathematical learning gaps for young students.