Despite its reputation for tech opportunity, Seattle job market holds little promise for those without a bachelor’s degree. North Seattle’s applied bachelor’s provides an affordable and dynamic new pathway. 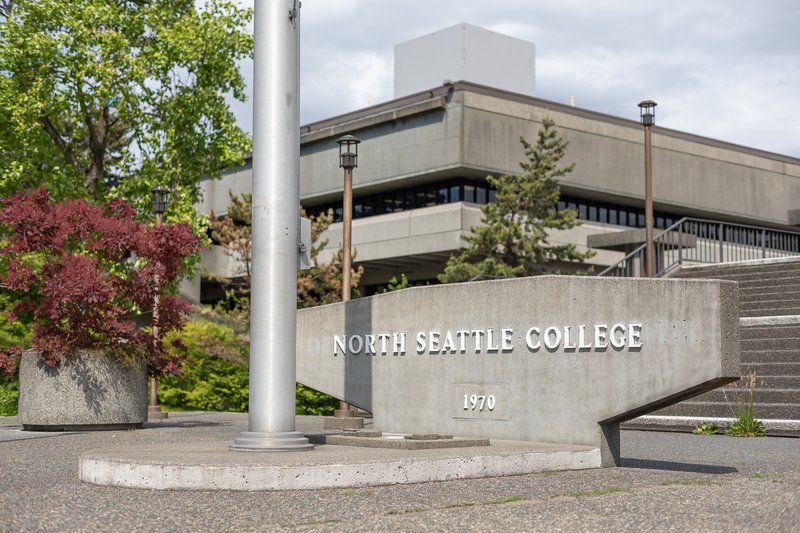 Few cities are as emblematic of the prosperity and perils of the big tech economy as Seattle. As soaring costs of living push homelessness rates higher, the Seattle metropolitan area still teems with opportunity for well-educated tech workers. Information technology workers earn a median yearly wage of about $70,000, according to the Seattle Jobs Initiative.

But while it’s easy enough for well-educated Seattle residents to find a job in their city’s tech sector as soon as they have the skills for the job, it can be difficult to find the right place to get those skills and credentials—especially bachelor’s degrees—in the first place. Even with a new building that doubled its enrollment capacity, the University of Washington’s world-renowned undergraduate computer science program, like many across the country, can’t keep up with demand.

A program that works for the “new normal”

With tattoos, hoodie, and a bushy beard, Bob McHenry looks the part for his current role in Seattle’s tech workforce. But getting to where he is wasn’t a sure thing. A fifteen-year resident of Seattle, McHenry was working as a video technician when he got interested in the nuts and bolts of computer technology. Hooked on IT after taking few programming courses at North Seattle “to get over a self-learning hump,” McHenry says, he thought the undergraduate program at the University of Washington (UW) might be a good next step. It wasn’t.

“I was 32 or 33, with kind of a spotty academic record from high school, and my only other education was a two-year degree from the Art Institute,” a notoriously troubled for-profit network. "I got kind of disheartened," McHenry says as he remembers reading about the proportion of traditional 18-year-old applicants who are rejected by UW, even with immaculate transcripts. Quitting his job to spend eight weeks in a $15,000 full-time bootcamp wouldn’t work, either. But a conversation with Michelle Melero, program manager of an applied bachelor’s program at North Seattle, turned him on to a different pathway.

North Seattle’s Application Development Bachelor of Applied Science (ADBAS) is one of dozens of CCB degrees now available in Washington state. It isn’t much like the computer science degree undergraduates can earn at UW, however. From day one, says Prof. John Stager, ADBAS students learn the tools needed to “keep the lights on” at businesses across a range of fields, from insurance to utilities to transportation. Pure computer science takes a backseat to the practical IT needs of giants like Microsoft, Amazon, and Apple, as well as the hundreds of smaller firms that anchor Seattle’s economy.

A practical tech toolset for every job 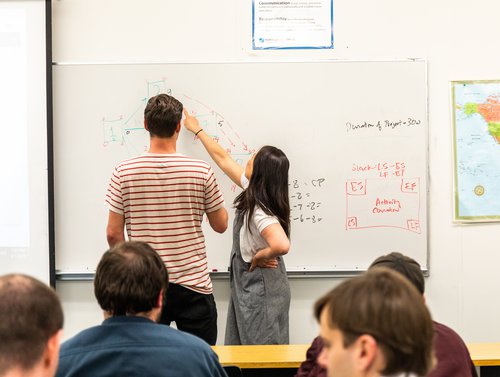 For Bob McHenry, who graduated in 2016 and began teaching part-time at North Seattle last year, several qualities made the ADBAS program the right choice.

“I came in with some experience, but I wouldn't call it industry experience,” McHenry says. “It was adjacent experience.” ADBAS students supplement their classroom learning with a combination of project-based learning and integrated internships. McHenry didn’t get his top-pick internship at Slalom, a nearby tech consulting firm, but as he approached gradation one of their recruiters called back to interview him for what is now his full-time job.

The ADBAS’s curriculum design is also a good fit for an industry that is “expanding in all directions,” in the words of Brenden West, a member of the program’s industry advisory board.

Students complete coursework and projects in four topic domains: web development, application development, cloud development, and data science. In more research-oriented universities, these domains might be bachelor’s programs in and of themselves. But for the career-focused learners at North Seattle College, a broad technical toolset is key for cracking into Seattle’s ever-evolving tech job market. “It’s left me particularly well-armed for the type of consulting that I do,” says McHenry, “I have to regularly jump back and forth between different technology stacks. An iPhone application for ‘Company X’ today; tomorrow, I’m doing serverless microservices in Amazon Web Services for a different company.”

Slalom saw the value of McHenry’s breadth of applied technical knowledge, and other employers in Seattle are warming up, too. “These employers know that in two years’ time, the technologies will change,” says executive dean John Lederer. “So can the student coming onboard learn something new?” With ADBAS students, Lederer says, the answer is clearly “yes.” 72 different tech companies have hired ADBAS graduates since the program’s first cohort matriculated in 2014.

Seattle’s turbocharged demand for tech talent shows no sign of slowing down, and North Seattle, like other colleges in the region, may soon struggle to keep up. Though the problems of homelessness and marginalization that accompany the surging economy will require their own dedicated policy remedies, accessible and affordable community college bachelor’s degrees like North Seattle’s ADBAS provide an important new pathway for local transfer students and career changers looking to make the most of the tech boom.