If passed, the tax increase is expected to bring in up to $300 million a year in additional revenue 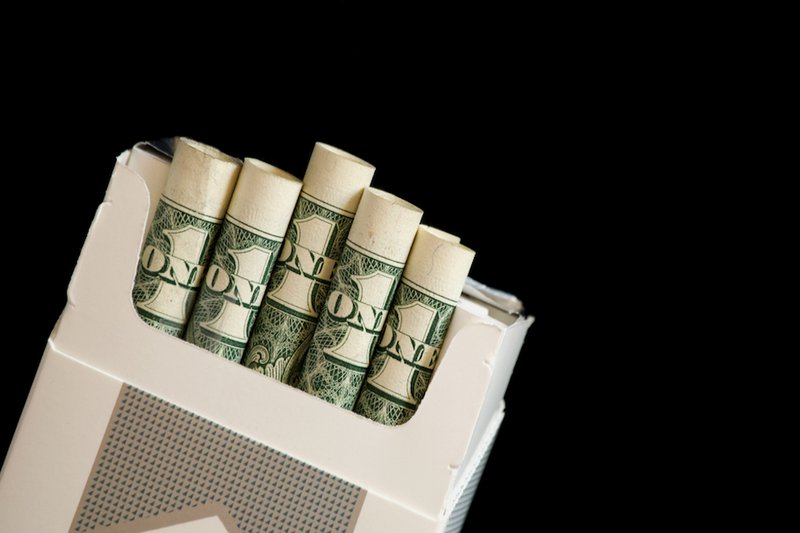 When Missouri voters enter the polling booth on November 8th, they’ll not only be deciding who they want to be the next president of the United States -- they’ll also be voting on a constitutional amendment with the potential to raise much-needed funds for early education programs throughout the state.

After much legal wrangling back and forth, the Missouri Supreme Court recently issued a unanimous decision assuring that the proposed amendment will go before the voters in November. If approved by a majority of the state’s voters, Amendment 3, officially known as the Early Childhood Health and Education Amendment, will incrementally raise the state’s tobacco tax by 15 cents for four straight years for a total increase of 60 cents. Missouri’s current cigarette tax of 17-cents-a pack is the lowest in the nation.

If passed, the tax increase is expected to bring in up to $300 million a year in additional revenue once fully implemented. The official language of the amendment creates a new Early Childhood Commission tasked with distributing the funds. The amendment requires that at least 75 percent of the funds be spent on grants for improving the education of children from birth through age five by increasing the quality and access of Missouri’s early childhood education programs, including state-funded pre-K, home visitation services, and professional development for the state’s early childhood educators. Currently, only 4 percent of Missouri’s four-year-olds have access to state-funded pre-K and the state ranks 33rd in the nation in state spending on pre-K.

The proposed amendment is not without controversy. Supporters of the amendment, including the mayors of St. Louis and Kansas City, Child Care Aware of Missouri, the Missouri Association of Early Childhood Teacher Educators, and the Missouri PTA, claim that revenue gained from the increased tax will provide the state with the funds necessary to expand access to important education programs for children from birth to age five. Supporters recently aired their first television ad, pointing out that the amendment requires all funds raised be used only for children and families. The state’s leading newspaper, the St. Louis Post-Dispatch, recently published an editorial urging voters to vote yes on the amendment, primarily arguing that the new tax will decrease the state’s high rate of smoking.

But opponents of the amendment are wary of these claims. They refer to the amendment as “Big Tobacco’s scheme,” pointing to the fact that the major supporter of the amendment, Raise Your Hand for Kids, has received at least $2.5 million from the parent company of RJ Reynolds, the manufacturer of several major cigarette brands. RJ Reynolds and other major tobacco companies have a profit motive for supporting the amendment - while taxes on their products would increase by 60 cents a pack, taxes on their off-brand competitors would increase by $1.27 a pack (the reason for this is fairly technical and involves an “equity fee” being assessed on certain tobacco companies due to a court settlement from the 1990s).

Other opponents include more than 100 state legislators who have recently voiced opposition to the tax increase, along with both candidates running to be the state’s next governor. The amendment is also opposed by the Missouri National Education Association due to concerns about public tax dollars possibly being used to fund private or religious schools.

Missouri isn’t the first state to look to a sin tax as a funding mechanism for early education programs. In 1998, voters in California approved an increase of 50 cents a pack on cigarettes in order to support early childhood development programs. Since 2006 Arizona has also depended on revenue from cigarette taxes to support its early education efforts. Arkansas lawmakers approved an additional 3 percent tax on six-packs of beer in 2001 to help fund state pre-K and child care for low-income families. Earlier this year, the city of Philadelphia passed a tax on soda and sugary drinks in order to raise funds for expanding pre-K access throughout the city. Even President Obama has proposed raising tax rates on tobacco in order to help pay for early education.

There is considerable debate about the wisdom of depending on sin taxes to fund early education programs. Some consider such taxes to be regressive since low-income individuals end up paying a greater amount of their income as tax.

What’s perhaps most troubling about depending on sin taxes to fund important early education programs is that such a tax is not a stable funding source. Take the cigarette tax as an example. Many public health organizations support increased taxes on cigarettes as a mechanism for discouraging tobacco use among citizens. The thinking is that fewer people will buy cigarettes when they’re more expensive. While reduced demand for cigarettes is a good thing from a public health perspective, fewer people buying cigarettes means tax revenue from cigarettes will dwindle over time and there will be less money to distribute to programs such as state-funded pre-K.

It’s understandable why states would look to a cigarette tax in order to raise much-needed funds for critically important early education programs. Passage of Missouri’s Amendment 3 in November would mean millions of additional dollars will eventually be headed toward improving the quality and access of education programs for children from birth to age five. But such vital programs deserve not only a temporary boost in funding - they deserve a stable, secure source of funding as well.