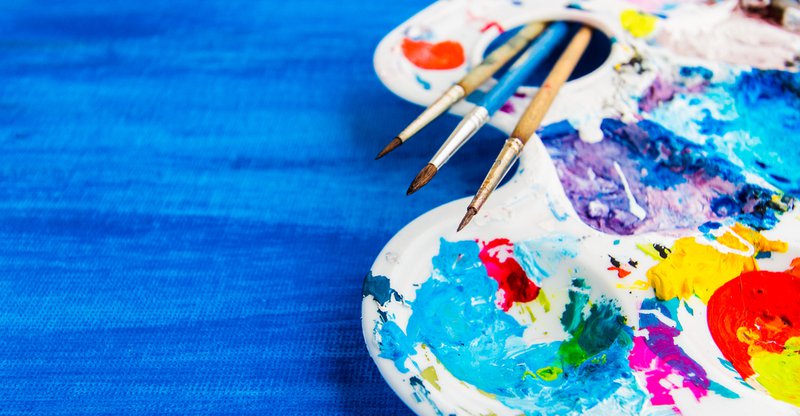 A recent New America brief, Painting the ESSA Canvas: Four Ideas for States to Think Big on Educator Quality, includes interviews with individuals, selected for their individual and organizational expertise, that offer thoughtful, high-potential approaches to the preparation, recruitment, evaluation, development, and retention of effective educators.  This post is the first in a series of four that will highlight the expert interviews from the brief. The interview on educator preparation below is with Benjamin Riley, the founder and executive director of Deans for Impact.

New America: We’d like you to help states think outside the box on employing the explicit uses of state funds related to educator preparation (ESSA Title II, Part A, Section 2101(c)(4)(B)). If you were going to provide states with one idea for how to think big about improving educator quality within these areas of the Title II statute, what would it be?

Educator preparation has traditionally been very compliance-oriented, and focused on inputs such as how many PhDs are on faculty. I am hopeful that we will see some daring states consider moving away from some of that compliance burden and mentality and embrace preparation academies as a way to focus on contextualized outcomes that programs voluntarily commit to delivering on. By “contextualized outcomes” I mean instead of states having blanket expectations for all programs, letting some programs determine their strengths and then try to amplify them. Or, work on improving a particular program aspect where the program has identified room to do so. States would then hold these academy programs responsible for making good on their commitments as ESSA requires.

For decades we have been complaining about the lack of STEM teachers, the lack of special education teachers. Right now, a lot of preparation programs just sort of do what they can, but they aren’t really aligned with the bigger needs of the elementary and secondary education system. ESSA requires states to authorize academies to prepare teachers to serve in high-needs schools, but states can also focus their academies on preparing teachers for hard-to-staff subjects, or frankly whatever priorities the state education system may have. We have also been unable to develop any good evidence demonstrating which components of teacher preparation are leading to greater effectiveness.

States, through preparation academies, could create a process that would address both of these issues. States could specifically identify the [workforce] needs that need to be filled when authorizing academies, and then collect results on effectiveness of teachers being prepared by these academies to determine whether they will retain their authorization. By doing this, you can start to have a process to fill the needs that schools have and start to develop the data that we need to understand how to improve programs. States can also shine a light on those programs that are willing to embrace the approach of focusing on the effectiveness of their teachers after they leave the teacher preparation program and go into the field.

NA: What evidence exists to support this idea? Can you point to examples of any states or districts currently employing this strategy (or a similar one)?

BR: There is no evidence of this in the higher education space. But that's not remarkable because there is no evidence that what we are doing right now on educator preparation is having the impact that we would like it to have either. It is actually pretty scary to try to make an empirically-defensible case about teacher preparation generally. There are a few examples, but when you have the big data sets, it's hard to tease out whether or not the things that are being required of people before we allow them to teach actually matter. That doesn’t mean I think teachers don’t need any formal preparation. Anyone who thinks that you can just go in and teach hasn’t been in a classroom in a really long time. You put your kid in that classroom [with a teacher with no preparation] and tell me how confident you feel about what is going to happen with his or her education. So I am very much against the notion that we should just completely deregulate.

What I think we need to do instead is develop a science of teacher preparation so that we have some evidence. Candidly, this is a hypothesis that is in need of testing but I think that it is worth testing. There is evidence from other fields of what happens when you strengthen the rigor of the process. You only have to look at the transformation of the medical field to see that when the medical schools got serious and rationalized the system by getting rid of the bad actors, and they made the process to completion longer and more rigorous, we started to see a tremendous improvement in outcomes. We now have what is widely regarded as one of the best medical education systems in the world, and I think we can do the same in teacher education.

There are lessons from the public charter school movement. When you have strong public charter authorizing with the right focus—which is “are you serving high-need communities?” and “how will you demonstrate that you are providing the education that those students need?”—we’ve seen some positive stories of schools that are effective at meeting both of these goals. When there’s been weak authorizing with a lack of focus on important outcomes, we have problems.

NA: How do you see this area of Title II intersecting with other areas of ESSA (or other relevant federal laws)?

BR: One area of intersection is with the language in ESSA Title II referring to residency programs. Despite the fact that there is additional language unique to residencies, it’s a false dichotomy to think about residencies and academies as being an either/or, as residencies are one type of program that could be an academy (as the National Council on Teacher Residency organization has affirmed).

There is a lot of language around evidence-based practices in ESSA. I am always interesting in getting people in the room who know the evidence that should be influential in the shaping of policy. I spent some time in New Zealand, where their education ministry essentially has a chief education science advisor. The idea is that you have a very senior person at the table when a policy discussion is going on who can tell you about the science on the topic at hand. If you think about that concept at the state level, I would love if a governor had a chief education science advisor that could say “you're thinking about policy xyz, here is what the evidence says about that.” It doesn’t have to cost a lot of money, although you'd want to make it attractive enough so smart people want to go into that role. I see so many education policies in place that have potential to run afoul of our best understanding of cognition, of good instructional practice. So it would be nice if there was someone in the room that would say “you might want to do it anyway because of the politics, but just do so knowing that this is what the evidence says.”

NA: What are potential obstacles or challenges to implementation that states should be aware of, and can you provide any suggestions for side-stepping them?

BR: The big challenge will be that a lot of traditional programs at institutions of higher education (IHEs) will see educator preparation academies as threatening, given the extent that this sort of process could make it easier for non-IHE-based programs to proliferate. But one of the things it says in the ESSA law is any type of institution should be eligible to offer an educator preparation academy, including a traditional IHE. It should not be where there is one route for these schools and another route for the others.

A second element of the law is that academies are intended to be voluntary. As such, I wouldn't advise states to make every program use the preparation academy process--that wasn’t the intent of ESSA. The idea behind the academies is for states to be able to say “if you are willing to meet this higher bar, we are here to identify you as such, provide some resources to help you meet that higher bar, and feed you information to let you know if you are on the right track to hit that bar.” In a recent brief, From Chaos to Coherence, Deans for Impact makes the analogy of educator preparation academies to LEED green building certification. If I have to satisfy building code, that’s the state accreditation process. If you want to be LEED certified, there is a whole extra set of things you have to meet, but no one has to do it. There are plenty of buildings in the world that are not LEED certified, but it's become something that a lot of people voluntarily do because they want to be able to use that label. I’d like to see the same happen for educator preparation.

One other big challenge is how to connect a state’s preparation academy work to other requirements. Part of the flexibility offered by being an academy is that accreditation isn’t required. But if you are a traditional IHE program offering an academy, do you still have to go through accreditation? If so, that might mean IHE-based programs might feel that they are doing too much, and shy away from offering academies. States have to think about where they want to sit with that. Perhaps states could offer to suspend certain reporting requirements if traditional programs opt to become academies – I think of an educator-preparation program in Texas that was asked to provide documentation of faculty meeting minutes as precisely the sort of thing we need less of.

BR: We have some insights born from the public charter school movement on what makes strong authorizing versus not. This includes trying to move away from too many input-based requirements while also not letting the fox guard the hen house—you should not have the authorizer be the same as the entities who are being evaluated. You need to have independence in the area of evaluation and this could be a challenge for the academies idea. The entities that are allowed to be involved in the state authorization process are numerous, and it is up to states to designate who will be part of that process. My hope is that states will give entities that are downstream in the arc of teacher preparation, such as school districts, more visibility in this process as they are able to speak more directly to programs about what their needs are.

NA: If states institute educator preparation academies, what is their role in ensuring their success?

BR: States have the primary responsibility for approving the programs that prepare teachers in their state and there are public resources that flow to many programs that do that. So states should be the ones that are ultimately part of, if not the main player in, holding programs to their responsibility of preparing effective educators. I haven’t seen a lot of capacity for states to help programs. It's hard to foster collaboration if people think that they are being watched or evaluated. It's hard to be vulnerable and let your guard down if the entity that could shut you down has people at the table.

That’s why I believe the state authorizers that approve academies should set a bar and hold programs to it, but let organizations like ours help programs figure out what they need to do to meet that bar.