Interview: Dr. Sonia Soltero on the Importance of Cross-linguistic Connections and Metabilingual Awareness 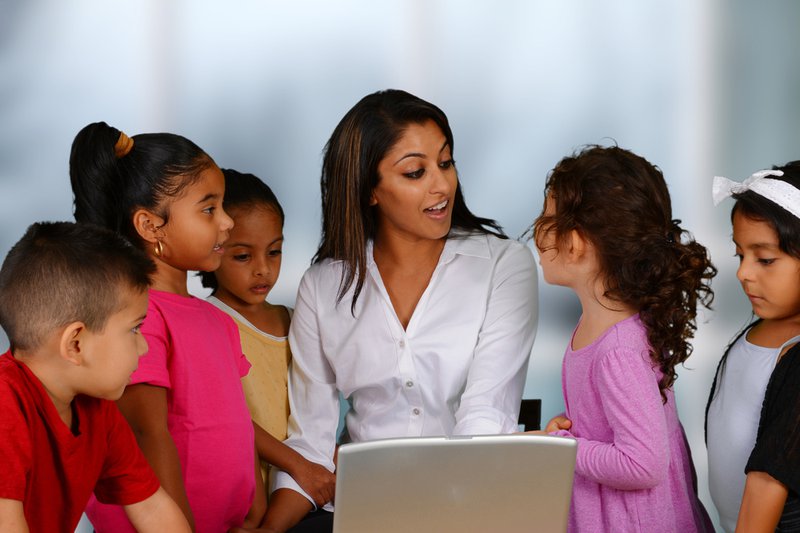 Dr. Sonia W. Soltero is Professor and Chair of the Department of Leadership, Language, and Curriculum and former Director of the Bilingual-Bicultural Education Graduate Program at DePaul University in Chicago. Soltero's scholarly work on English Learners, Latino education, and bilingual/dual language education has been published in English, Spanish, and French. She has been involved in dual language and bilingual education for more than thirty years as a dual language teacher, university professor, professional developer, and researcher.

This interview has been edited for clarity and brevity.

Can you tell me about your background in bilingual education and current work?

I am a product of bilingual education. I grew up in various countries in Latin America, and I went to bilingual schools where part of the day was conducted in English and part of the day in Spanish throughout all grade levels. In my professional life, I started as a bilingual and dual language teacher. I worked in that capacity in Tucson, Arizona and in Chicago. In Tucson, I taught on the Native American reservation with children from the Yaqui Tribe. In Chicago I worked in a two-way dual language program that served mostly Mexican, Puerto Rican and African American students. I was also a dual language program coordinator.

For the past 20 years, I have been a professor in the Bilingual-Bicultural Education Program at DePaul University and teach courses required for bilingual education and ESL state endorsements, including biliteracy, second language acquisition, and bilingual education policy/history. I also created a course on language program design, which is pretty unique given that the coursework in bilingual education programs tends to be very focused on instructional theory, research and practices within the classroom. I also have worked quite a bit with districts in numerous states including New York, Texas, Florida, Illinois. Moreover, I have served as an external partner and researcher at Ana G. Mendez University, dual language university, which is based in Puerto Rico but also has campuses in Florida, Maryland, Texas.

What changes have you seen in the field of bilingual education over the past 30 years?

In terms of the field itself, we continue to struggle with labels which are always problematic and constantly changing. For example, we used to call English Learners (ELs) bilingual students, and then we shifted to English language learners, then English learners, and now we are shifting to emergent bilinguals, in our pursuit of finding an accurate representation of what it means to be a developing bilingual.

We also did not used to have the type of attention and focus on bilingualism and biliteracy that we have now. The discussion tended to be around native language literacy, English language literacy or English as a second language. Now there's a lot more talk in the last 10-15 years or so, about bilingualism and biliteracy. Because of the Seal of Biliteracy, biliteracy has gained a lot of interest, attention and increases in research. Many researchers are doing important studies about biliteracy that provide the necessary guidance for practice and assessment. This has been a great development in the field to more deeply think about how the two languages intersect and complement each other and how bilinguals jointly develop their two languages.

Also, something that was always there, but not really emphasized in the past was the notion of cross-linguistic connections and also what I call metabilingual awareness, where teachers and students intentionally and strategically engage in comparing and contrasting their two languages, analyze the similarities and differences, and play with the two languages.

What are some examples of how teachers can facilitate cross-linguistic connections in the classroom?

For instance, if a teacher during language arts is teaching about literary characters in Spanish she would write and say, características físicas (physical characteristics) in Spanish and then ask students ¿Cómo se dice características físicas en inglés? (How do you say características físicas in English?). The teacher would then write on the board the words in English and Spanish using a different color as a scaffold for students to differentiate the two languages. Moreover, the teacher can simultaneously conduct a 1-2 minute mini-lesson of analyzing and discussing all of the differences and similarities between those words in the two languages. So, just something as simple as that can help students build those cross-linguistic connections and increase their metabilingual awareness.

The teacher would also point out words that are cognates—two words that in English and Spanish sound, look and mean the same. Cognates can help increase students’ vocabulary in both languages. There are many cognates that are common words in Spanish but tend to be very uncommon or what we call low frequency words in English. For example, very sophisticated words in English like rápido (rapid) or comenzar (commence) are everyday words in Spanish. So, all of those kinds of examples help students have a more sophisticated vocabulary and expanded language.

Why should teachers be intentional about teaching cross-linguistic connections?

Metabilingual awareness is thinking and constantly processing the differences and similarities between the two languages. It is the ability to also simultaneously manipulate both languages while keeping and maintaining the grammar rules and the intended meaning of both languages.

In my presentations I use humor to explain metabilingual awareness. Specifically, bilingual jokes that integrate the two languages and play with language but still keep the grammar and maintain the intended meaning. This shows the nuances of meaning that oftentimes are culturally specific. For example, there's that joke that says “What is soy milk? Soy milk is just milk introducing itself in Spanish.” I use this example because the word “soy” in Spanish means I am and in English it refers to products from soybean, these are false cognates. So we continually discover those kinds of examples.

Many dual language education programs maintain separation of the two languages, why is that?

In dual language programs there needs to be a sort of accountability of how much of each language is being used for instruction and learning, that is why the program models are called for example 80-20 (meaning starting with 80% of the time in the language other than English, and 20% in English) or 50-50 when the instructional time is split evenly between the two languages. When both languages are constantly used simultaneously there is no way of knowing if the model language allocation is being implemented.

I entirely understand that from the translanguaging perspective this separation is artificial because that's not how we communicate in the real world with other bilinguals. But, if the teacher is using both languages interchangeably whenever it comes out then how do we really know the amount of time that is spent in Spanish and spent in English? There are real repercussions as kids progress through the grades in their development of the non-English language if there is no accounting for how much of each language is being used for teaching and learning.

And another problem is that English has a very, very strong pull, and students shift to wanting to use only English in the classroom very quickly. So what we see, even in dual language programs, is that Spanish dominant students no longer want to use Spanish by the time they get to fourth or fifth grade. For English dominant students it also becomes challenging to motivate them to use Spanish in the classroom and with their peers. Because English has such a strong overpowering presence, it is critical to protect the time for students to develop strong academic Spanish. So if we don't implement some language boundaries that are followed as students go up the grades in the program, there is a real risk of them not developing higher levels of proficiency in the Spanish language. For example, what we see in dual language programs that don't follow the language allocation, is that students can't handle the increasingly more demanding content and language in Spanish in fourth grade and above. Think about what it takes to comprehend and learn from a fifth grade science or social studies textbook in Spanish. That requires higher levels of content specific and academic Spanish language knowledge.

All that said, language boundaries in dual language programs do not preclude teachers from engaging students in building metabilingual awareness, exploring cross-linguistic connections, and using both their linguistic repertoires. Students should definitely be allowed and encouraged to use whatever language they choose or are stronger in to communicate and process their learning. However, one thing that needs to be clear is that the language boundaries apply to teachers so that they are not translating or flip-flopping between the two.