Democrat John Gregg and Republican Eric Holcomb agree that pre-K access should be expanded, but have sharply divergent views on how quickly 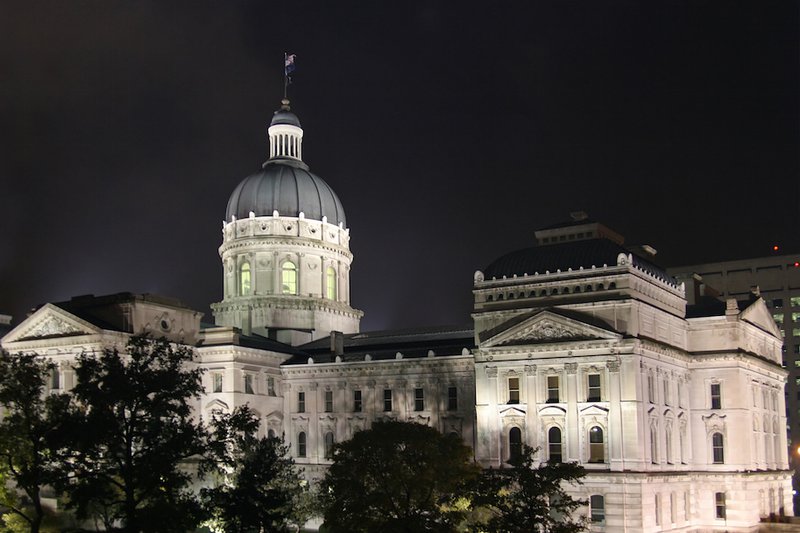 With so much attention being paid to the presidential contest between Donald Trump and Hillary Clinton, it’s easy to forget that there are gubernatorial races whose results will have important implications for the future of state education policy. In fact, on November 8, a total of 12 states will be holding contests to determine their next chief executive officer.

Because the Every Student Succeeds Act (ESSA) pushes decision-making power away from the federal government and towards individual states, governors now play a stronger role when it comes to determining a state’s education agenda, including the extent to which a state expands the availability of early education.

This year, though, early childhood education is not exactly a hot topic of discussion in many gubernatorial elections. North Carolina, for example, is locked in a tight race to determine their next state leader, but when education is discussed by both candidates it’s mostly related to issues around teacher pay. And while Montana’s current governor was responsible for putting forth a plan to establish a pre-K program in the state, to the extent that education has been a key issue in that state’s close race it’s mostly been in the context of debating the wisdom of increased school funding.

But there is one state that’s the scene of a close gubernatorial election where policy differences over early education are actually a key part of the debate: Indiana. Indiana’s gubernatorial contest features two candidates in Democrat John Gregg and Republican Eric Holcomb who agree that pre-K access should be expanded, but have sharply divergent views on how quickly to expand access, how much state money to commit to pre-K expansion, and which students to prioritize for pre-K access.

As detailed in a New America report, until recently Indiana was one of just a handful of states without a state-funded pre-K program. Currently, Indiana operates a pre-K pilot program in five counties that serves about 2,300 students along with a smaller matching grant program that serves just over 600 four-year-olds throughout the state. But in a state with over 83,000 four-year-olds that means just a small fraction currently have access to pre-K.

John Gregg, who served as Speaker of the Indiana House from 1996 to 2003, has put forward an ambitious plan for offering voluntary, universal pre-K for all of Indiana’s four-year-olds at a projected cost of $150 million per year. The detailed plan, put forward by Gregg and Democrat state schools chief Glenda Ritz, sets a goal of having the state provide enough extra funding that 50 percent of four-year-olds could attend public pre-K by the year 2020. Gregg and Ritz claim that the plan could be paid for without opening any new revenue streams by using existing resources, redirecting budget allocations, and using federal dollars such as funds provided by the Preschool Development Grants program. Gregg warns that Indiana is at risk of being left behind as it continues to trail other states in providing state-funded pre-K.

Eric Holcomb, on the other hand, advocates a more modest pre-K expansion with a focus on serving low-income children first. Holcomb has stated that he supports pre-K expansion as long as it’s “responsibly done.” He claims that Gregg’s aggressive plan for expansion would be too costly and instead supports a “very methodical approach” that would prioritize pre-K access for children from low-income families.

The two candidates’ differing visions of the future of state pre-K were on full display in a recent debate. Gregg made the case for bold action, saying that, “The time is now. Let’s quit studying. Let’s do it.” Holcomb, though, cautioned against rushing into a statewide program that could fail, stating that, “Some schools I talk to tell me ‘We’re not ready for this yet. Don’t make this mandatory. Don’t just throw a $500 million program on us and ask us to comply.’”

Business and community leaders are already actively planning to push aggressively for expanded pre-K access once the state legislature returns in January for the 2017 session. They have organized a coordinated campaign called “All IN 4 Pre-K,” which aims to raise public awareness of the need for pre-K and increase pressure for state lawmakers to take bold action in expanding access. The campaign recently released a roadmap for pre-K expansion that stops short of calling for universal pre-K access, but does advocate for broadening income eligibility to at least 200 percent of the federal poverty line or 85 percent of state median income.

Whichever candidate emerges victorious in November will have to work with the state legislature to make their expansion plan a reality. Luckily, many Indiana lawmakers are amenable to expanded pre-K access, as evidenced by the fact that the Republican-led Interim Study Committee on Fiscal Policy recently came out in support of expansion.

In Indiana, it seems that the crucial question is not whether pre-K access will increase in the coming years, but exactly how and at what pace. With recent polls suggesting a close race in the contest between Gregg and Holcomb, the Indiana gubernatorial race is one down-ballot contest that early childhood advocates will want to pay attention to on election night.