While higher education enrollments are on the decline for undergrads, graduate student enrollment is increasing 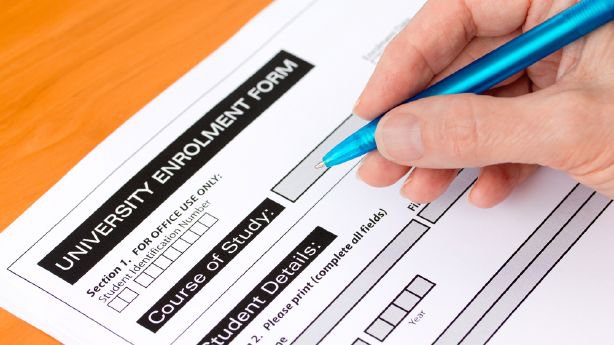 The coronavirus pandemic has induced one of the most difficult economic recessions in modern history. The initial lockdowns nationwide led to eye-popping furloughs and job loss. Though there has been some economic recovery, the inability of the United States to fully get the pandemic under control has resulted in stubbornly high unemployment, particularly among Black workers, and many of those who lost jobs are now long-term unemployed. The pandemic has also greatly affected individual behavior, making it difficult to understand how this recession plays out compared to other recessions.

One of the more challenging predictions has been enrollment in higher education. Initial data reported by colleges and universities to the National Student Clearinghouse (NSC) have shown a three percent decline in enrollment. These data would be even worse if it weren’t for graduate enrollment, which has actually increased nearly three percent.

College enrollments tend to increase during recessions as people who lose jobs turn to higher education to gain new skills or credentials to help them find employment. This was true of the Great Recession, where there was a steady increase in higher education enrollments from 2007 until a peak in 2010-11, and then a subsequent decline as the economy recovered. As of 2019, enrollment numbers were similar to what they were prior to the Great Recession. But in this recession, even with a stubbornly high unemployment rate sitting at 8 percent, there has been a four percent decline in undergraduate enrollments. Among first-time would-be college students, the decline is even steeper, at 16 percent. For the community college sector, a sector that had booming enrollments during the last recession, enrollment is down nearly ten percent.

These numbers are worrisome--while it could be the case that students are just waiting out the pandemic, there is no crystal ball about how this plays out. Colleges and universities that teach a large share of traditionally-aged students were already facing a demographic cliff. Now, this year, budgets will be slammed. If enrollments don’t hit targets in the future, institutions on the financial brink may be forced to shutter. And with no further federal stimulus of the scope needed to bail out colleges and universities, institutions are looking for every way to cut costs and for low-hanging fruit to bring in revenue.

In the lead up to the pandemic recession, graduate programs accounted for 40 percent of the federal student loans issued each year. Now, with graduate student enrollments continuing their upward trend despite COVID-19, colleges and universities will find ways to capitalize on an easy revenue source. Here’s how this will play out:

It’s hard to break through the noise right now in discussing higher education enrollments, especially because we rightfully have deep concerns about the enrollment declines of community college students who have been hit particularly hard by the pandemic. But while we’re looking at that problem, we’re ignoring the alarms on graduate students.

Enrolling in graduate school can be an important next step for those who obtained a bachelor’s degree. But the system is set up to be predatory, to charge a lot of money, fueled by loans made with taxpayer dollars and students on the hook to repay, with very little understanding of student outcomes and huge equity implications. Accreditors, state, and federal policymakers need to keep their eyes on this concerning trend.