Experts Address Race and the Role of Child Care 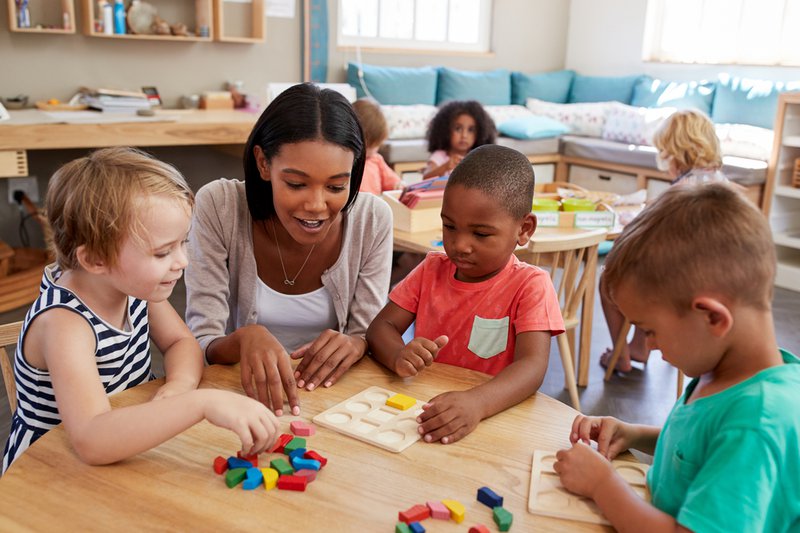 With the surge of protests against police brutality in recent weeks, structural racism in our society has come to the forefront of much-needed conversations. One such conversation—the first in a three-part series—took place at Child Care Aware of America’s Racial Justice, Equity and the Role of Child Care Webinar earlier this month.

During this webinar, multiple researchers discussed the historical roots of racism in our country’s child care system. Ashley Williams, Senior Policy Analyst at UC Berkeley’s Center for the Study of Child Care Employment, began by sharing a powerful quote she wrote a few years back: “I feel my greatest grandmothers’ yesterday, today.” Williams then explained how an awareness of the past is crucial to ground ourselves as we make efforts to move forward.

With this historical lens in mind, Williams pointed out that having Black women in child care programs “caring for other people’s children and other people’s needs and not their own…is something that we can trace back to slavery.” She argued that this reality was brought to light in recent weeks, when almost all states supported child care centers reopening despite the risks for the workforce of contracting COVID-19. In Williams’ view, this approach might be considered yet another instance of “state-sponsored violence” as well as the “devaluation and disposability of Black bodies.”

In a similar vein, Stephanie Curenton, Boston University Wheelock College of Education and Human Development Professor, discussed the concept of “anti-Blackness.” She explained that this amounts to “viewing Blacks as nonhuman and as commodities that can be bought, sold, or discarded at will.” Curenton also noted the role of anti-Blackness in the disproportionately high rates of suspension and expulsion among Black children in early education programs. (Black children represent 18% of preschool enrollment but 48% of preschool children receiving more than one out of school suspension, according to a report from the US Department of Education’s Office for Civil Rights). As she expressed it, the trend of child care providers claiming to be “afraid of toddlers and children or that these children are too disruptive to be allowed their right to education” is nothing but the “epitome of anti-Blackness.”

The discussion also extended beyond the historical roots of racism in the American child care system to what can be done today to foster increased justice and equity. To this end, Aisha Ray, Professor Emerita of Child Development at Erikson Institute and Distinguished Fellow at the BUILD Initiative, said, “racial justice and racial equity are really both nouns and verbs. They’re the things we’re trying to achieve and also the processes we’re using to try to get there.”

Ray explained that in the processes of developing justice and equity, it is crucial for us to ask ourselves what exactly we mean by antiracist practice in early childhood work and professional development. Ray believes it must include emphasizing the importance of diversity. As she put it, “we need the reflection of others, particularly others who are not like ourselves.”

Curenton largely echoed this sentiment. She explained that we have to bring in “Black leaders to advocate for the unique needs of Black children and families.” She added that it is necessary for us to be “educating our [white] workforce in such a way that educators can reimagine their identity and learn to see themselves as social justice warriors for education.” In Curenton’s view, “teachers have to be more than nice, because nice women don’t dismantle racism.”

In addition to discussing the role of educators, the presenters spoke about potential policy solutions. Ray explained that in our current unprecedented circumstances, it is crucial for the field to advocate for $50 billion of federal child care support. This support would in part mitigate the financial losses stemming from the ongoing pandemic. It would also help address some structural problems that exist independent of COVID-19, such as extremely low wages for early educators.

Williams made a more concrete case about addressing early childhood educators’ wages. She explained that there is a “hole in the bucket” in the early education system: state investments in workforce training are lost as poverty-level wages drive qualified educators out of the field. Moreover, Williams noted that Black early educators disproportionately suffer from these low wages. Even after controlling for educational attainment, Black early educators still earn an average of $0.78 less per hour than their white counterparts. Williams views increasing public investment in compensation for early educators (especially Black educators) as a crucial step to keeping them in the field.

The presenters concluded by expressing the sentiment that Curenton aptly put as follows: what we really need is for people to “stay true to the mission and needs of the Black population…Both in good times and bad.” Addressing the issue of race in the child care system cannot be a one-off operation. Rather, it is a matter of continual conversation and action in the months and years to come.