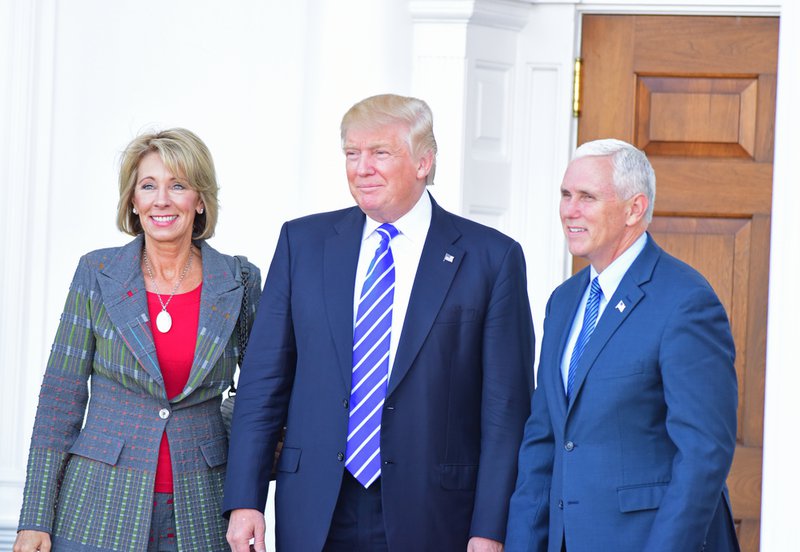 New America’s Early & Elementary Education team has previously written that the future of early learning under the Trump administration is unclear. Both Betsy DeVos, the nominee for Secretary of Education, and Representative Tom Price, the nominee for Secretary of Health and Human Services (HHS), lack an established record when it comes to the nation’s youngest children.

If anyone was watching last week’s hearings for DeVos and Price in hopes of gaining a better understanding of their priorities when it comes to children’s early years, they likely walked away disappointed.

During Tuesday’s hearing, DeVos revealed little about her opinions on the importance of early learning. Bernie Sanders repeatedly asked DeVos about her views on making child care more affordable for working families, such as single mothers. DeVos seemed unwilling to commit to any position on the issue, only stating that, “...we could find ways to work together to ensure that that young mom’s child will have a great opportunity for a great education in the future.” When pushed further DeVos said, “I feel very strongly about the importance of young families having an opportunity for good child care for their children; I’m not sure if that’s part of the Education Department.”

Whether or not “child care” belongs in the Education Department (ED) might depend on how one is thinking about programs serving children before school entry. If defining child care as a setting that provides a safe and nurturing environment for children before they reach kindergarten age that also functions as a work support for parents, then it’s true that the nation’s largest federal child care program, the Child Care and Development Fund, is located in HHS. That agency also houses Head Start, which provides early education and care to over one million of our nation’s most vulnerable children under age five.

But ED also serves children before kindergarten. ED’s Office of Early Learning jointly oversees the Preschool Development Grants program which expands access to pre-K for four-year-olds, and oversaw the Race to the Top- Early Learning Challenge, which helped states build their birth-to-five early learning systems and infrastructure. Title I of the Elementary and Secondary Education Act, administered solely by ED, provides funds to states that can be used to serve children from low-income families starting at birth. ED also oversees the Individuals with Disabilities Education Act (IDEA), which provides services for children with disabilities starting in infancy.

While there may be some disagreement about what to call educational programs for young children (child care, preschool, pre-K, or something else), it is clear that the Education Department does currently play a role in providing education for children well before they reach traditional school age. These programs also help meet parents’ child care needs. DeVos’s response raises questions about what role she sees ED playing in supporting children before kindergarten.

She shed more light on this during her exchange with Republican Senator Isakson from Georgia. When asked about her support for mixed-delivery pre-K programs, DeVos mentioned potential opportunities in ESSA for implementing pre-K and said she looked forward to working with HHS to find ways “to more effectively use those monies” for Head Start and other pre-K programs that get children ready for kindergarten. ED has not traditionally been involved with the Head Start program, but coordination between the agencies to manage other early education programs has been growing. Steven Barnett, Director of the National Institute for Early Education Research (NIEER) wrote a piece this week explaining why strong collaboration between DeVos and Price on early education could have a positive impact on students.

During the same exchange with Senator Isakson on state pre-K, DeVos praised and compared pre-K programs in Florida and Georgia, which both follow a mixed delivery model that includes private providers. This type of school choice is very common in early education, and that’s about where the similarities between the Georgia and Florida programs end.

Florida spends just $2,304 per child annually for a pre-K program that is delivered either during the summer or part-day during the school year. Teachers in Florida’s program are only required to possess a Child Development Associate (CDA) credential. A 2014 study concluded that the program “lags behind on some key structural measures of quality.”

Georgia’s program, on the other hand, spends $3,880 per child annually to provide a full day of instruction for five days per week throughout the school year. Teachers are required to possess at least a bachelor’s degree with specialized training in early childhood education. DeVos isn’t expected to know the intricacies of each individual state’s pre-K program, but it’s concerning that she would call out Florida’s program as worthy of praise when it currently meets only three of NIEER’s 10 quality benchmarks.

Unfortunately, that’s about all the insight we gained on early learning from DeVos’s hearing. And in this regard, Rep. Price’s hearing was even less informative.

As expected, his questions were primarily focused on repealing and replacing the Affordable Care Act, which is at the top of Congress’s mind right now. But with Ivanka Trump already pushing her child care ideas on Capitol Hill, we’re surprised there were no questions asked around child care. After all, early care and education is a huge component of HHS. As we discussed in our December post, all we really know about Price’s view on early learning is his past support for increasing the state role in Head Start.

Despite substantial concerns that arose from both hearings, it’s almost certain that both nominees with be confirmed. However, the vote to confirm DeVos has been pushed back one week and is now scheduled for Tuesday, Jan. 31, at 10 a.m. We will be watching closely for further insights about how this administration will support our youngest learners.